The USD/JPY pair has once again rejected the 108.46 price level after price action spiked to the resistance line and fell back. This resistance area appears to be a sticking point for the pair as buyers are unable to push beyond this point for the time being. The next likely move is back to the descending trendline. Momentum indicators continue to languish in bullish territory. 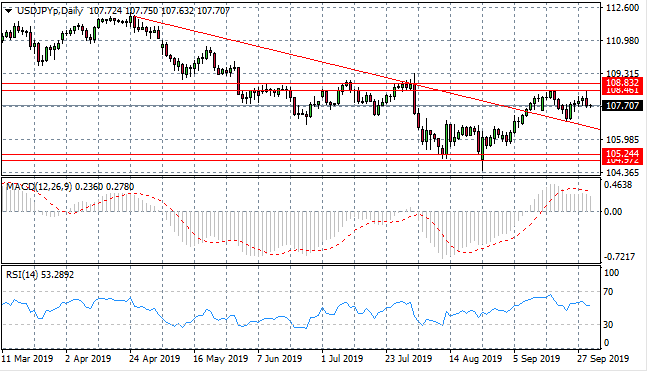 The Eurodollar has recovered; taking price action back towards the 1.092 price line with the next resistance area at the 1.096 price level. Given the trajectory of the trendline, the overall direction for the pair is bearish and the trendline will likely remain as a strong resistance area. Momentum indicators are returning from strongly bearish positions and moving away from oversold conditions. 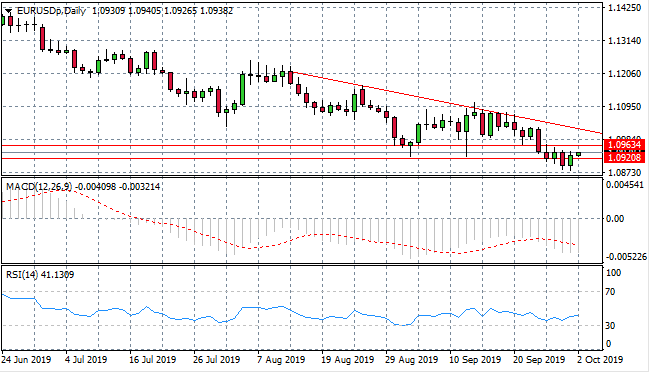 The GBP/USD pair continues to test the 1.228 support level which has been a key resistance area on previous occasions. The descending trendline highlights a longer term bearish trend; unsurprising given geopolitical conditions. The near-term direction of price action will likely result in the pair heading towards the 1.201 support level. Momentum indicators have a bearish trajectory. 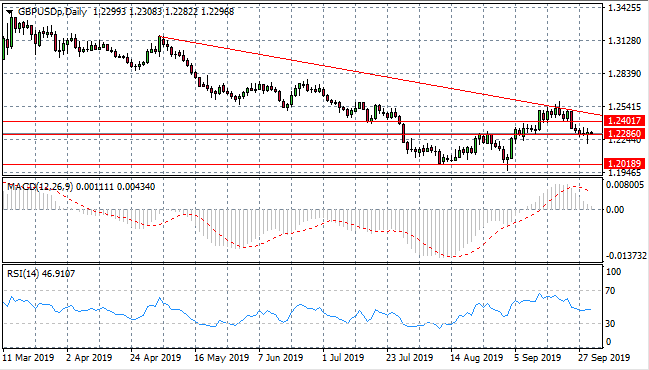 The USD/CHF pair has reversed its bullish move returning back towards to break the 0.993 support level, as selling pressure in the pair rises. The recent move is likely a short-term pullback in the rally, as the pair continues to oscillate through the current uptrend. Momentum indicators have flattened in bullish territory. 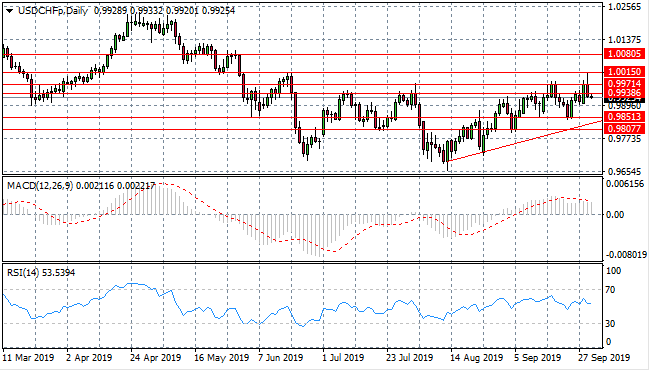 The USD/CAD pair has broken the 1.323 support level and is now testing both the 1.319 support level as well as the ascending trendline. The pair has entered into a symmetrical triangle pattern indicating that a breakout is imminent. The direction of the breakout will determine the near-term trend for the pair. Momentum indicators have a bearish/neutral trajectory. 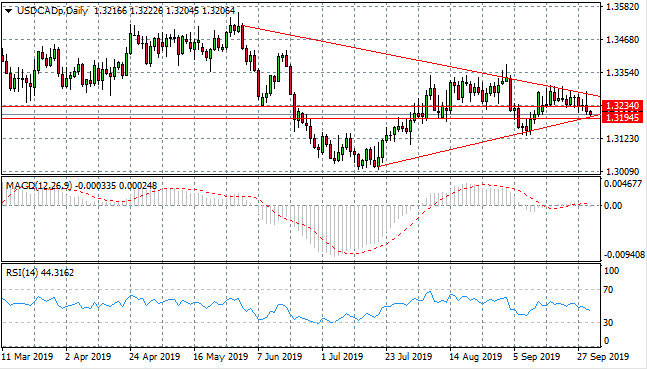 Silver has broken the 17.42 support level as well as the ascending trendline, which has inspired buyers to return to the pair. The pair has since returned to the 17.42 resistance line once again. The move may indicate a return to the previous uptrend. Momentum indicators remain in bearish territory with MACD breaking the zero line to the downside. 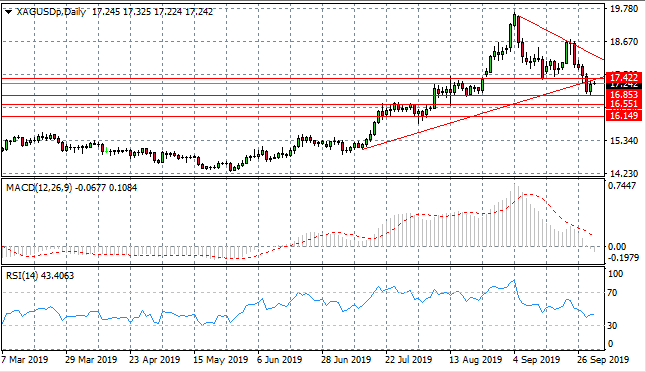 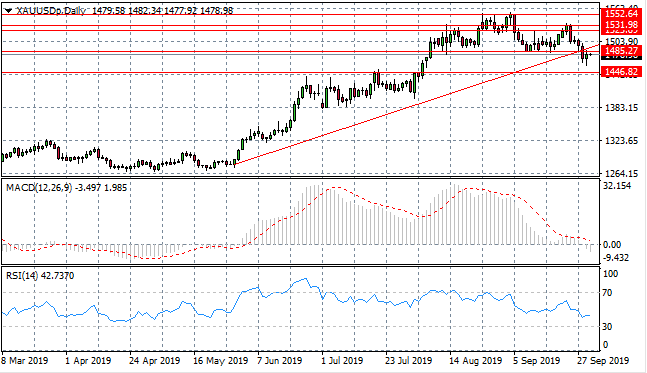 A full bearish reversal has taken place after a spike in price action and WTI price has now returned to test the $54 per barrel price area. The break of the ascending trendline is significant as on numerous previous occasions, price action has rebounded from this support area. Momentum indicators have bearish trajectories. 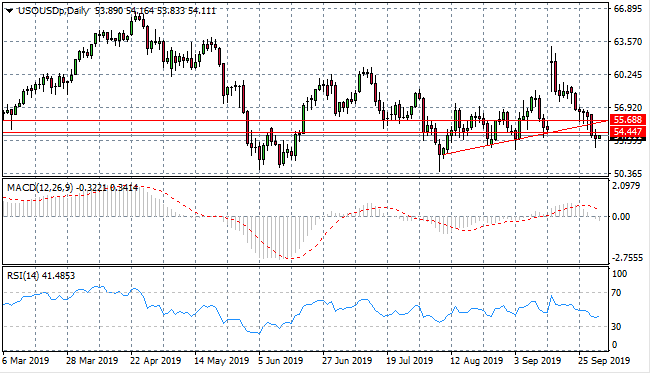