Can The Eurodollar Reach A Recent Price High?

USD/JPY buyers have yet to exert their dominance in terms of price action, as small-bodied candles are keeping the pair within the 106.05-107.94 trading range. Price action has moved horizontally for the best part of a week and new fundamental news will be required to facilitate a breakout. Momentum indicators also remain flat in neutral/bearish territory. 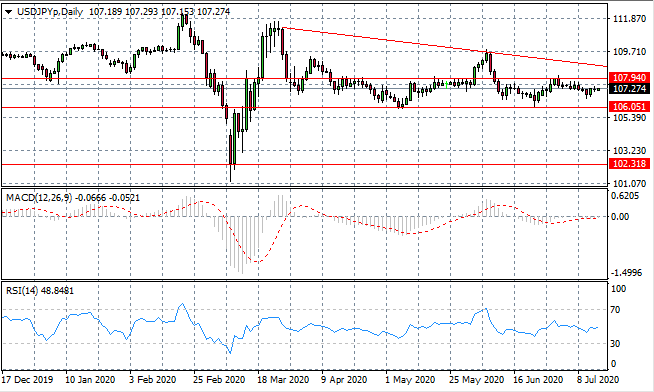 Eurodollar buyers have returned and the pair has finally surged passed the 1.137 resistance level, with the next target set at the 1.144 resistance line. The target price represents a previous price high where a strong bearish rebound took place. Momentum indicators have turned sharply bullish yet RSI is moving towards overbought conditions. 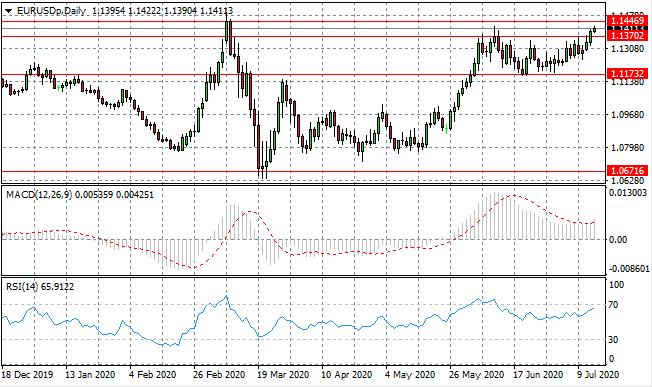 The GBP/USD oscillations appear to be narrowing which may hint at a potential breakout especially as the pair heads towards the apex of the ascending triangle. Buying activity has prevented another drop down to the ascending trendline which is currently acting as support. Momentum indicators have moderate upward trajectories with MACD breaking away from the zero line. 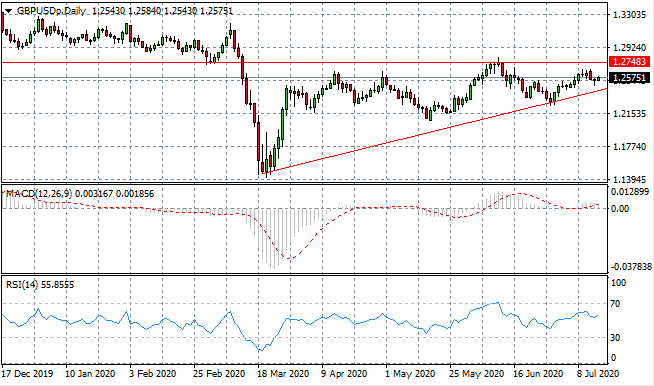 The USD/CHF pair has returned to test the previous support level as buyers have returned after the break. The ascending trendline, which denotes a longer-term bearish trend, is also acting as a resistance level for new buyers. If a break materializes, it could signal a trend change. Momentum indicators are pulling away from the oversold support area, yet still remain in bearish territory. 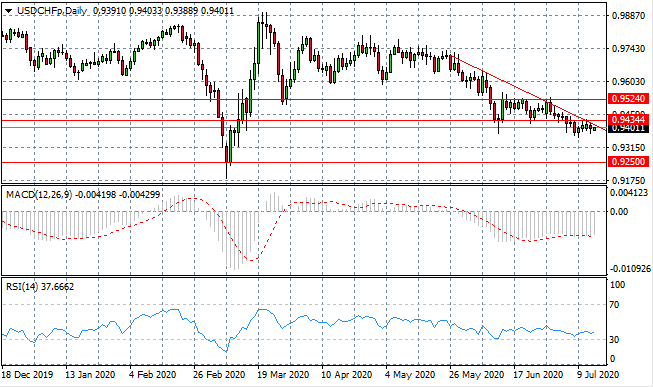 The USD/CAD pair may make yet another attempt at the 1.368 resistance line yet buyers appear to lack the conviction to facilitate a break. A series of doji/small-bodied candles indicate indecision and may spell a period of consolidation ahead of a breakout. Momentum indicators have moderate upward trajectories. 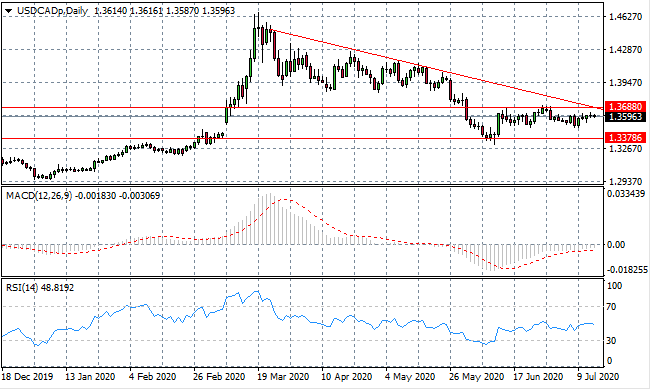 Gold buyers have returned, yet are struggling to move beyond the 1810.10 resistance area which has represented a recent ceiling for the pair. A key support level exists as the ascending trendline which price action generally forms bullish rebounds. However, momentum indicators show that the pair may be overbought with RSI testing the 70 resistance area. 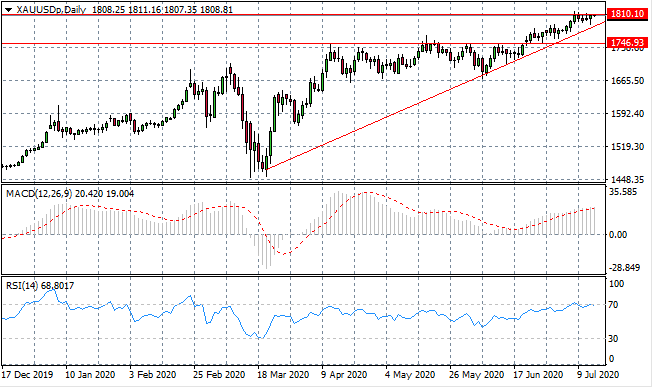 WTI has essentially flat lined in recent trading with neither buyers nor sellers driving price action. With little changes to supply and demand structure in the commodities markets, price action has remained subdued, while investors’ attention is focused elsewhere. The $40 per barrel range may remain a stabilizing price for some time; where certain OPEC members can remain profitable. Momentum indicators have flattened in bullish territory. 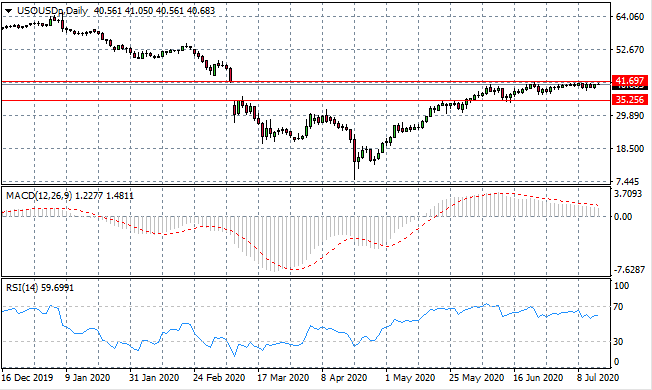