Kickstart your new year with the best USD50 bonus campaign. Limited-time offer! Get it now! 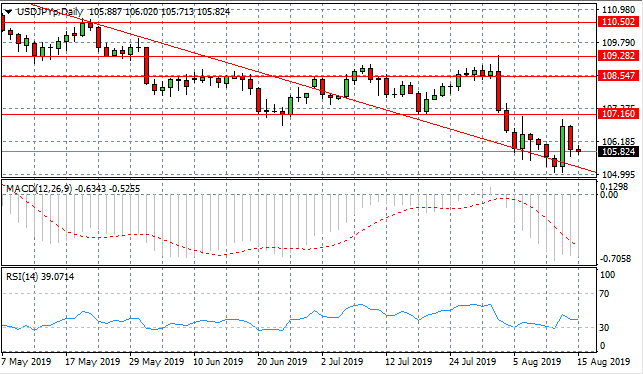 The Euro is testing the 1.114 support level with a touch to the 1.112 support level which caused buyers to return. A trading range between the 1.112 and 1.123 price levels will likely be established considering price action has been unable to break the support level. Momentum indicators are neutral if slightly bearish. 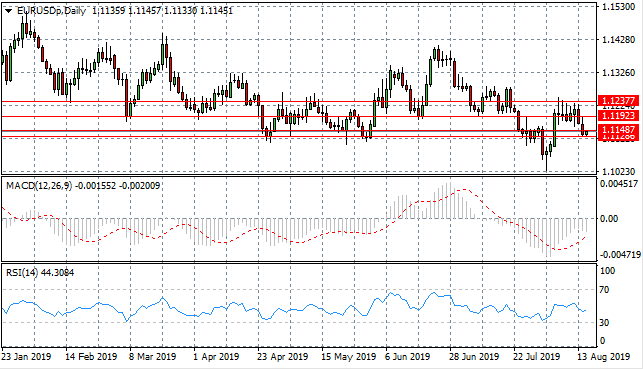 The GBP/USD pair continues to move lower with intermittent breaks where sellers appear to lose steam. Each slowdown in the trend has resulted in rising selling action. The pair continues to be impacted by political developments. Momentum indicators have flattened in negative territory, with RSI bouncing along the 30 support level. 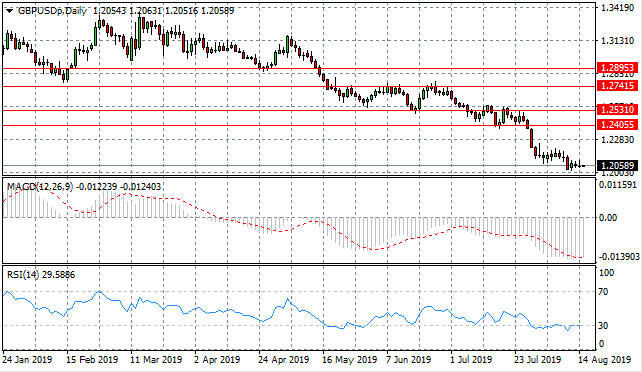 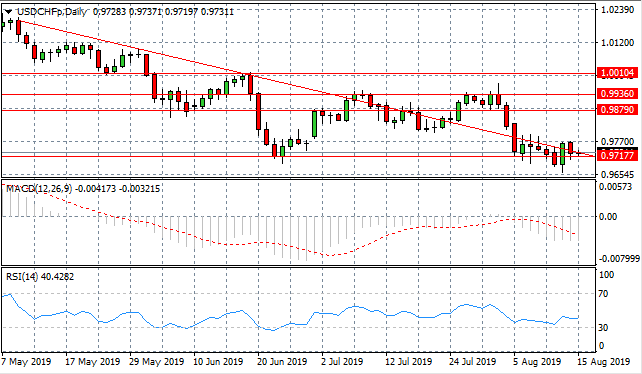 The USD/CAD pair continues to test the 1.330 resistance line as buying activity rose in yesterday's trading. The return of sellers may spell the end of the recent bullish sentiment as the resistance level forms as a strong resistance area. This may be the breakout of the "cup and handle" pattern. Momentum indicators are bullish. 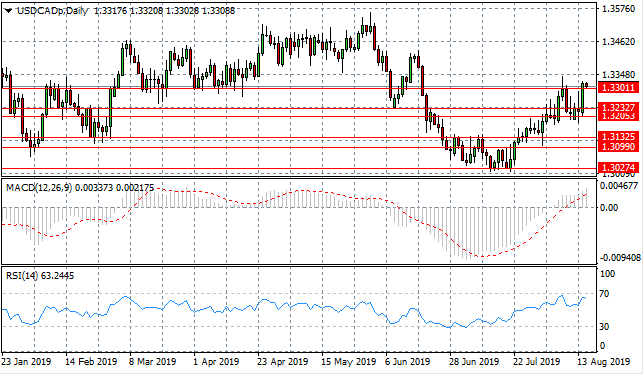 Silver has continued the rally after some exhaustion in the uptrend. A series of small-bodied candles followed a strong bullish move, representing a break in the trend, which has since resumed. This is one indication that the rally may not last. Momentum indicators are reflecting bullish sentiment currently. 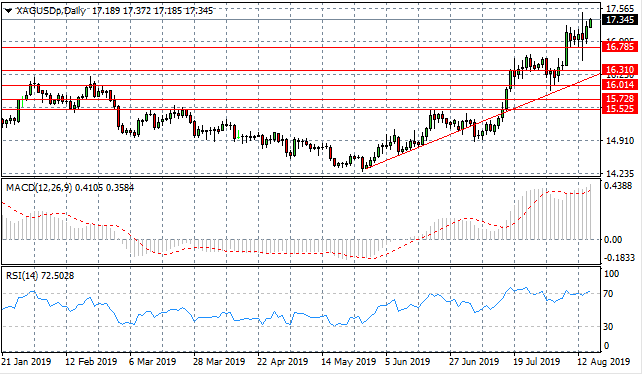 Gold continues to test the ascending trendline which is currently acting as a resistance level in the pair. A series of doji candles may indicate a slowdown in the rally, yet the trendline continues to be tested. Momentum indicators remain strongly bullish and continue to test the 70 overbought line. 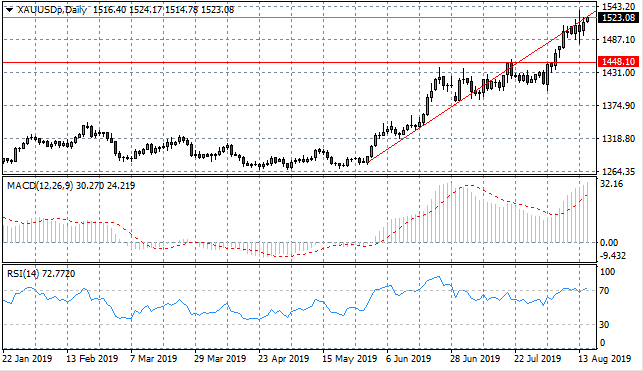 WTI volatility continues as a reflection of geopolitical tensions with strong bullish, followed by strong bearish, activity in alternate trading sessions. The 54.92 support level may hold with sellers unable to break. Momentum indicators are neutral if slightly bearish. 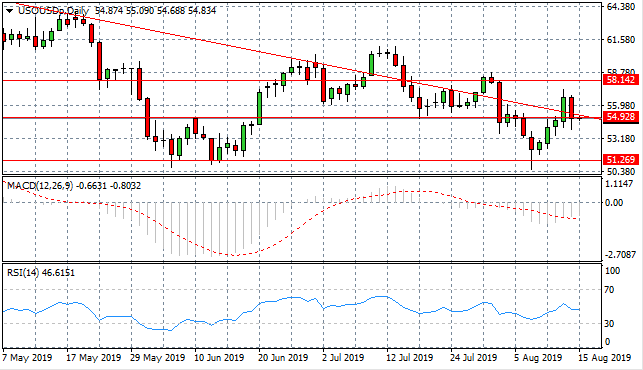