The USD/JPY pair has broken a shorter term descending trendline indicating that buyers are active in the pair. However, the break has once again been subdued by sellers and a series of small-bodied candles once again suggest that there is a lack of appetite to drive a trend change. Momentum indicators have flattened in neutral/bearish territory. 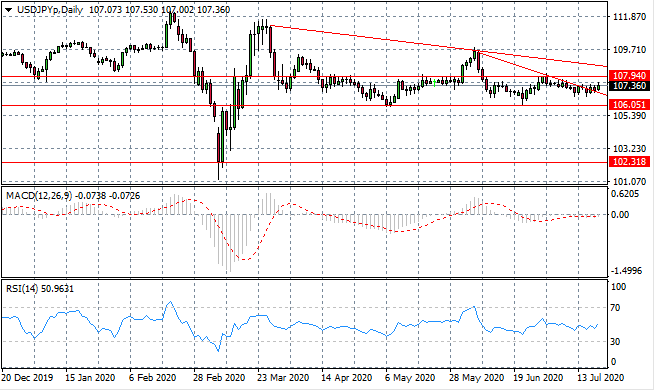 The Eurodollar rally has been halted by sellers who returned at the 1.144 resistance line. This resistance area has proven to be an obstacle in the past therefore we may expect a bearish reversal as a result. Sellers appear to lack the conviction to drive the reversal, as the pair will likely remain in the 1.137-1.144 trading range. Momentum indicators remain in bullish territory yet RSI is approaching overbought territory. 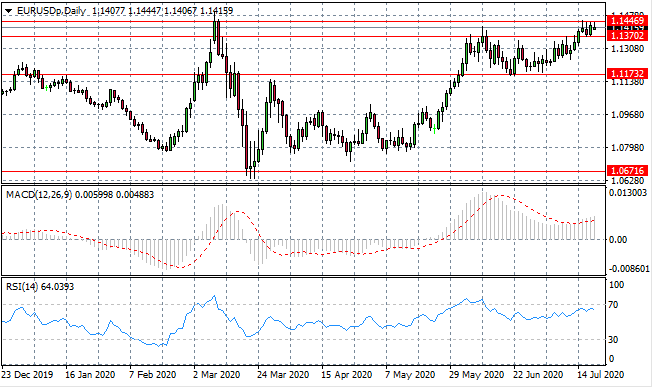 The GBP/USD is once again heading towards the ascending trendline, where previously, bullish rebounds have taken place. Oscillations appear to be narrowing in a tighter range in recent trading, which may signal a potential breakout. We would expect a bullish breakout given the ascending triangle pattern, yet it is more likely closer to the apex. Momentum indicators are slightly bullish yet are flattening. 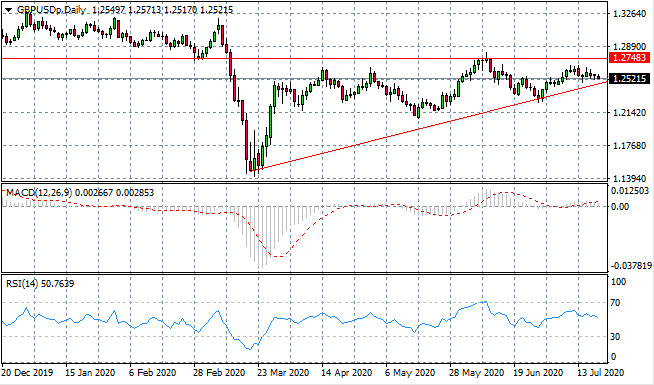 The USD/CHF rally came to an abrupt end in the last trading session, as sellers drove price action back below the descending trendline and the 0.943 support level. Therefore, the longer-term downtrend remains intact. Currently price action is hugging the trendline with buyers still active. Momentum indicators remain in bearish territory.

The USD/CAD pair has returned from the 1.349 price line, in another bullish rebound. The next resistance area is most likely to be the descending trendline, followed by the 1.368 price target. Each of these resistance areas have been bearish rebound ‘touch’ points. Momentum indicators have flattened in bearish/neutral territory. 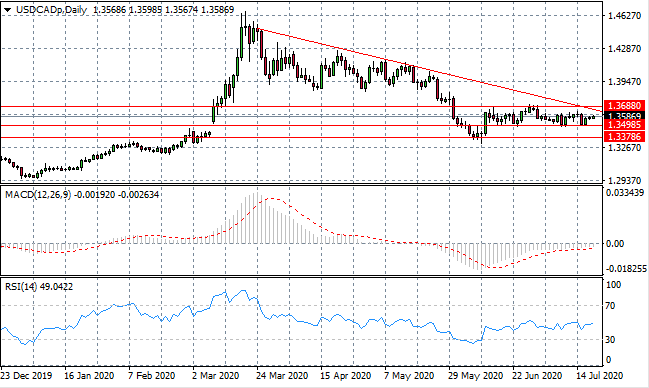 Gold buyers have struggled to move beyond the 1810.10 resistance area and a pullback to the ascending trendline resulted in a rebound back towards the resistance area. A bullish breakout may be expected as price action has formed a long-term ascending triangle pattern. Momentum indicators are strongly bullish with RSI leveling off just below the overbought line. 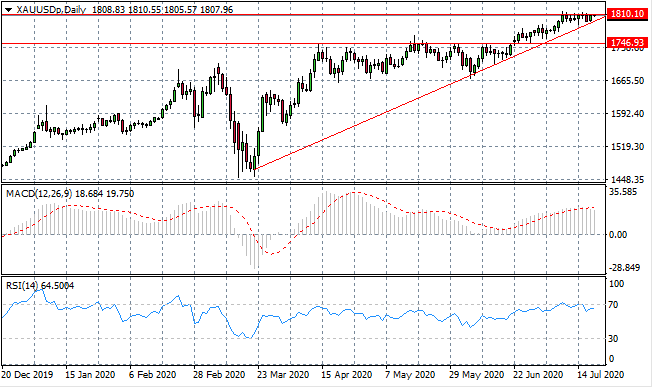 WTI buyers appear to have lost steam once again and price action is pulling away slightly from the 41.69 resistance line. A series of doji candles indicate indecision and that the move is not being initiated by sellers, rather, a lack of appetite from buyers to push price action higher. Momentum indicators are pulling away from bullish/overbought conditions. 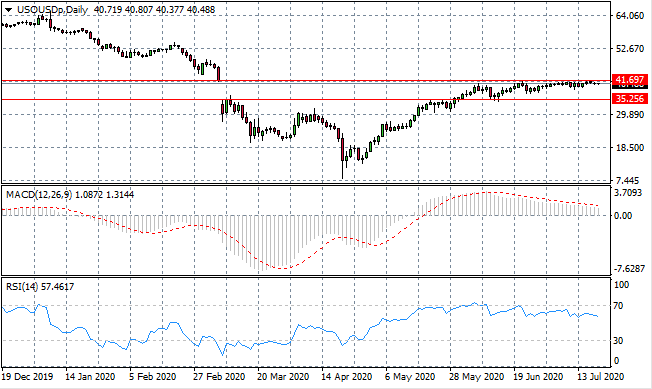