The USD/JPY pair has broken below the ascending trendline, yet the pair still continues to hug the new resistance area. A series of doji candles indicate that a breakout could be imminent. The pair is also testing the 108.83 resistance level with buyers appearing to have a slight edge in price action. Momentum indicators are neutral/bearish. 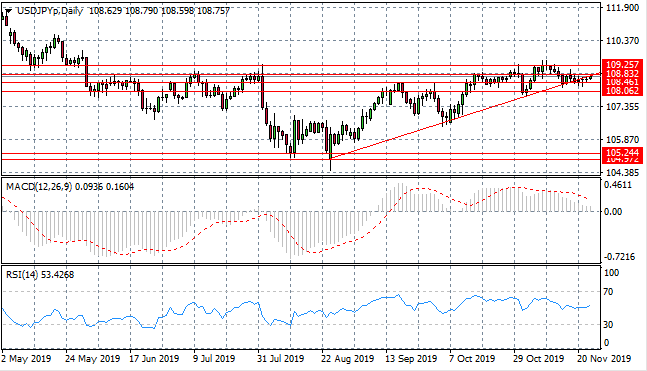 The Eurodollar has finally broken the ascending trendline, as sellers begin to dominate price action. The 1.102 support level is now acting as a key support for the pair. The support area may well serve as a floor for a new trading range established for the pair between the 1.102 and 1.115 price levels. Momentum indicators have bearish trajectories. 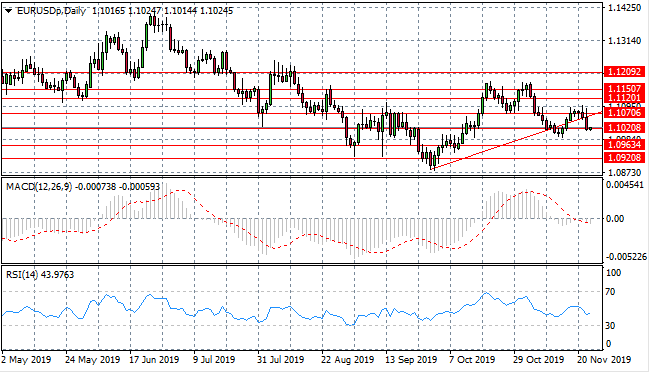 The GBP/USD pair has continued a bearish reversal after a sharp rally at the beginning of October. The pair has stalled before reaching the 1.280 support level. This price level indicates a strong support area, therefore any break would prove significant. Given geopolitical conditions, further bearish sentiment is highly probable. Momentum indicators remain in bullish territory, however, both have bearish trajectories. 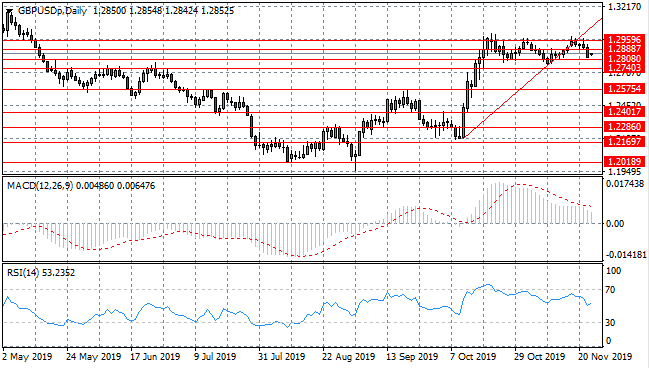 The USD/CHF pair has moved to test the 0.997 resistance area, which has represented a real obstacle for the pair in recent trading. Oscillations indicate that sentiment has a bullish bias denoted by the higher lows, yet higher highs are yet to be established. Momentum indicators are neutral, if slightly bullish. 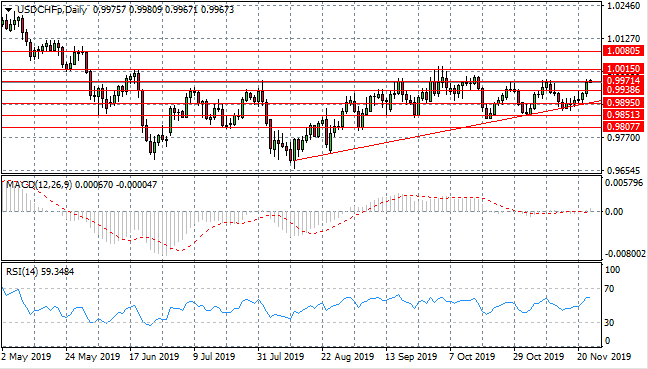 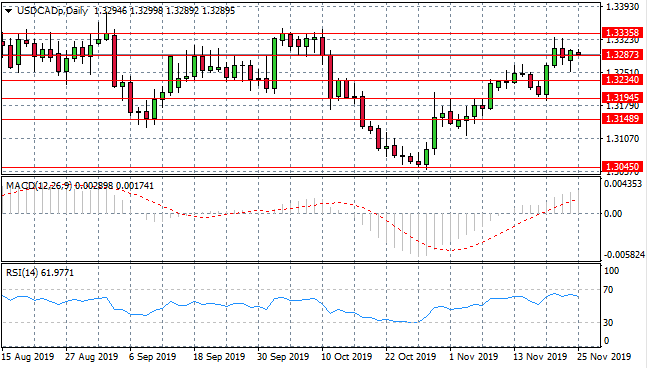 Silver is following the trajectory of the ascending trendline as small-bodied candles hug the support level. It appears that for the time being, price action will remain within the 16.83 and 17.42 price levels. Momentum indicators are bearish and are recovering from oversold conditions. 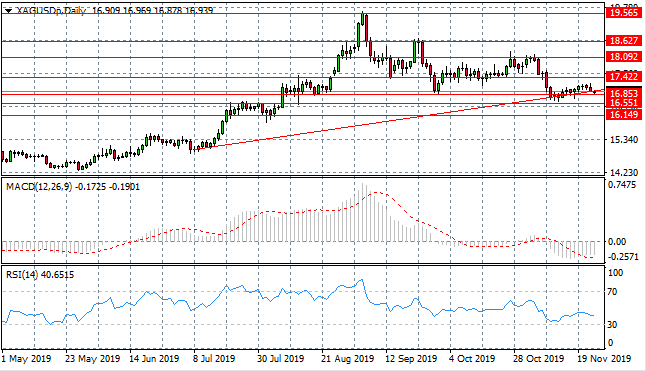 Horizontal trading continues with Gold, as the metal fails to clear the 1468.50 resistance level. Price action is now heading back towards a key support level at 1446.82. A moderate increase in selling pressure has inspired the move, yet neither buyers or sellers are dominating. Momentum indicators remain in bearish territory. 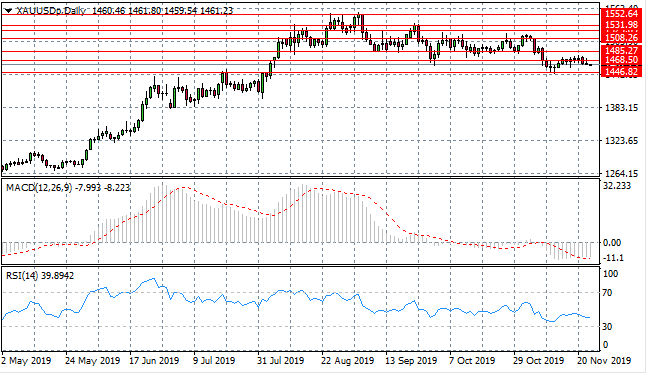 WTI price action continues to be volatile with a strong recovery initiated by buyers to take the commodity back to the previous resistance level around the $58 per barrel range. The move comes after a significant sell-off as a result of rising supply levels. Despite the return of sellers, price action is ‘stuck’ at the 57.96 resistance level. Momentum indicators have flattened in bullish territory. 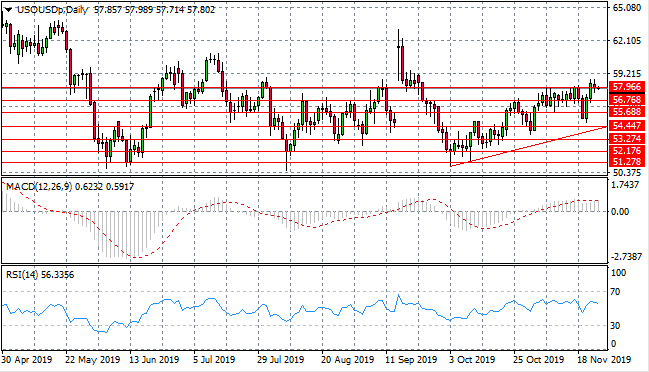