Long-term Trend Change For The Eurodollar?

The USD/JPY pair has broken the descending trendline as US Dollar buyers return. Price action has been held below the 108.54 resistance line despite a test. If price action is able to break this resistance area the next target will be the 109.28 price level. Momentum indicators support bullish sentiment and are presenting with upward trajectories. 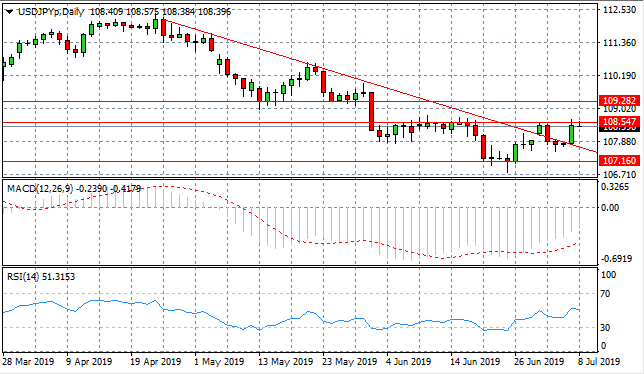 The EUR/USD pair has once again suffered from a sell-off, taking price action to break the ascending trendline. The break is significant as on previous occasions the pair has been unable to break this support line, resulting in a bullish rebound. Momentum indicators have begun bearish trajectories. 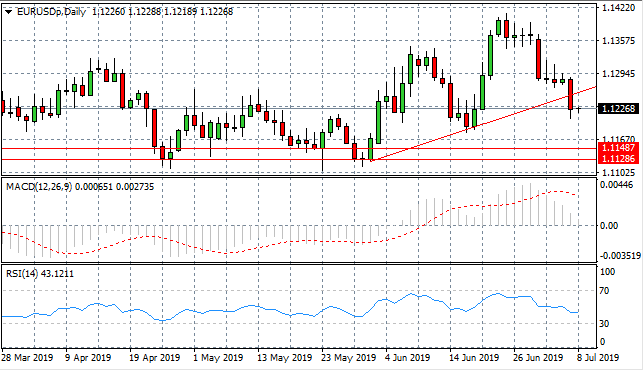 The GBP/USD pair appears to be trading horizontally, oscillating between the 1.253 and 1.274 price levels. Another test of the 1.253 support line indicates more influence from sellers. The pair is more likely to be impacted by fundamental factors going forward. Momentum indicators have entered into strongly bearish territory. 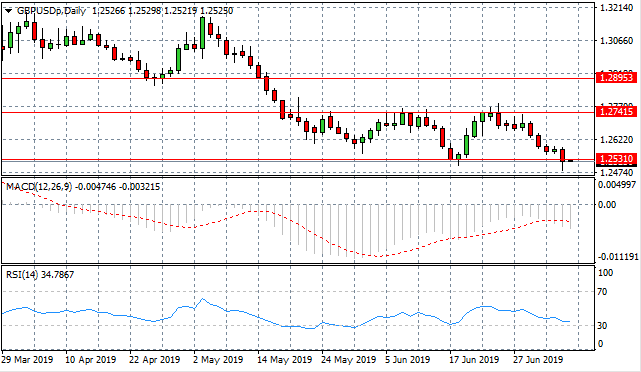 The USD/CHF pair has made a mild recovery taking price action to break the 0.987 resistance line, however, the pair has become stuck at the descending trendline. On previous occasions, this has resulted in a bearish pullback. Momentum indicators are neutral if slightly bearish. 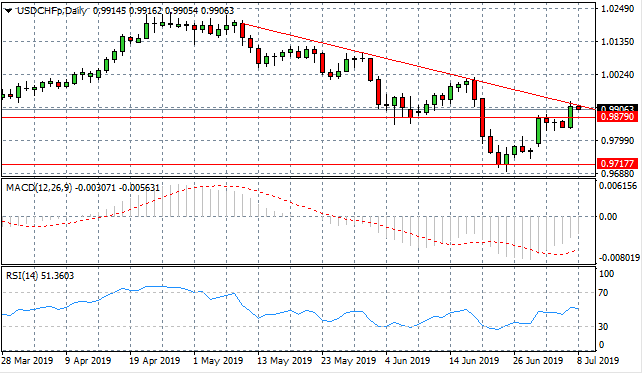 The USD/CAD pair has plummeted to break the 1.309 support level after a strong dollar sell-off last week. The break has resulted in the pair decelerating and the subsequent return of buyers. Although price action is heading upwards, selling pressure remains. Momentum indicators appear to be undergoing momentum reversals. 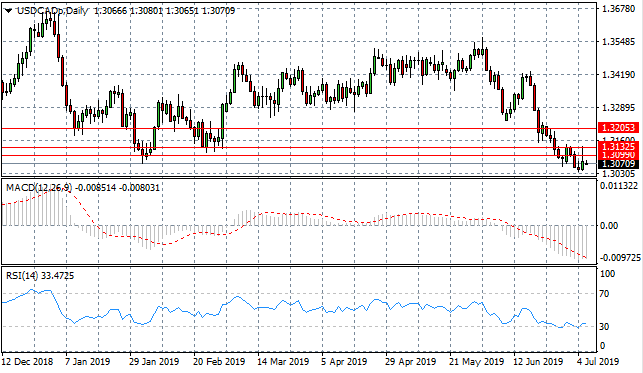 Silver's rally continues to result in pullbacks to test the ascending trendline. A break of this recent support level has resulted from the return of sellers. Fundamental factors are likely to come into play in terms of the future direction of price action. RSI has pulled away from the overbought 70 resistance line and MACD has begun a bearish momentum reversal. 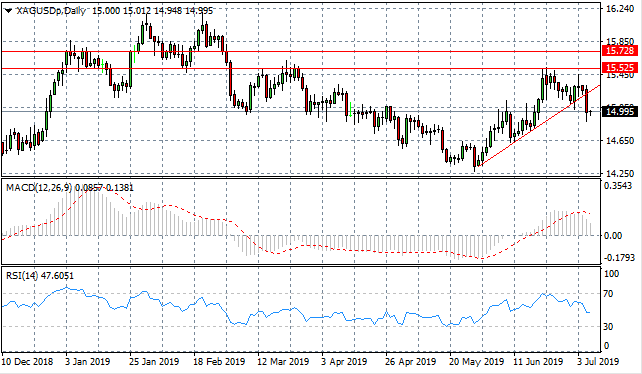 Gold price action has been volatile in recent trading with various geopolitical issues coming to the fore. The metal is now testing the ascending trendline and despite several spikes through the support level, a break is yet to come. There are signs in momentum indicators that the bullish sentiment is starting to wane, as MACD pulls back from strongly bullish territory and RSI breaks the 70 overbought line. 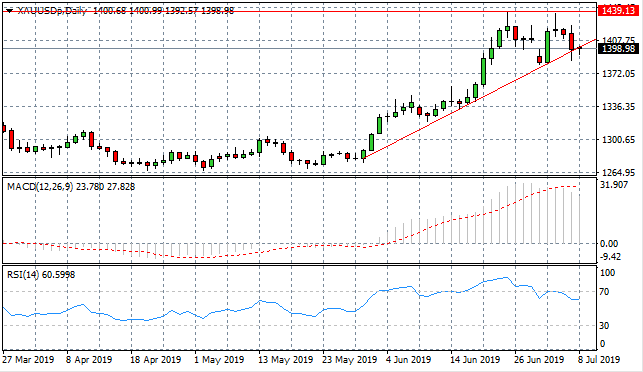 WTI may find price stability around the $58 per barrel range, dropping just below the $60 per barrel range. A key resistance area lies at the 58.14 resistance level and a break would prove significant, likely taking price action towards the descending trendline.  Momentum indicators are neutral which suggests that sentiment is neither strongly bullish or bearish. 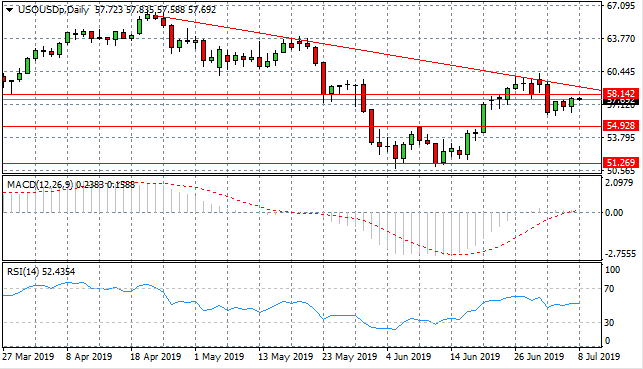