USD/JPY buyers continue to dominate price action taking the pair to a new resistance area at the 111.64 price level. Despite the rising buying pressure, price action has stalled just below this resistance area. Momentum indicators have upward trajectories with MACD breaking the zero line and RSI falling just shirt of overbought territory. 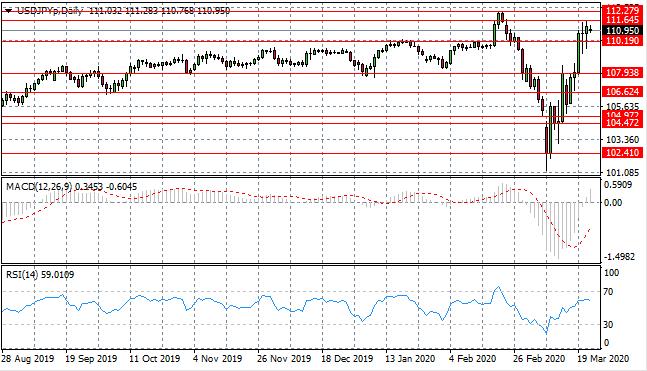 The Eurodollar appears to be undergoing a price reversal yet a series of doji candles represent a tussle between buyers and sellers with a slight bias now towards bullish momentum. The next target is the 1.078 price level which represents a previous support area. Momentum indicators remain in bearish territory, yet RSI is recovering from oversold conditions. 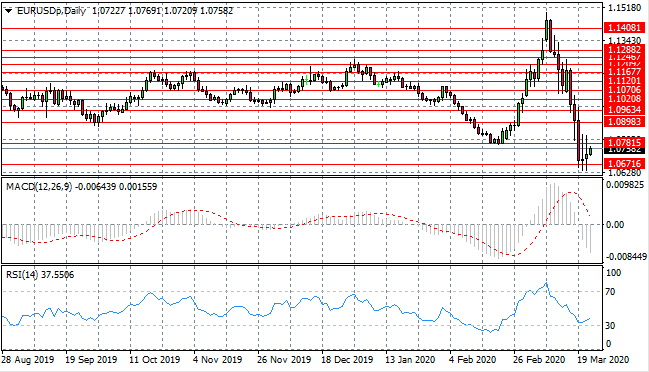 The GBP/USD pair is struggling to recover from a recent sell-off as sellers remain active in determining near-term price direction. Some uplift in price has been met with selling pressure. The tussle will continue with a reversal likely to be moderate. Momentum indicators are also undergoing a reversal, recovering from oversold conditions. 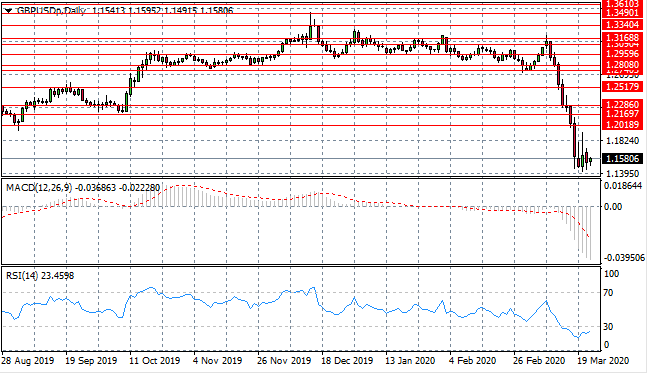 The USD/CHF pair has found a hurdle at the 0.983 resistance area, where sellers have returned. This price level has proven significant in the past both acting as a support level and more recently, a resistance area. If price action breaks this price line, the pair will most likely oscillate within a previous trading range. Momentum indicators have upward trajectories, yet RSI has fallen short of overbought territory. 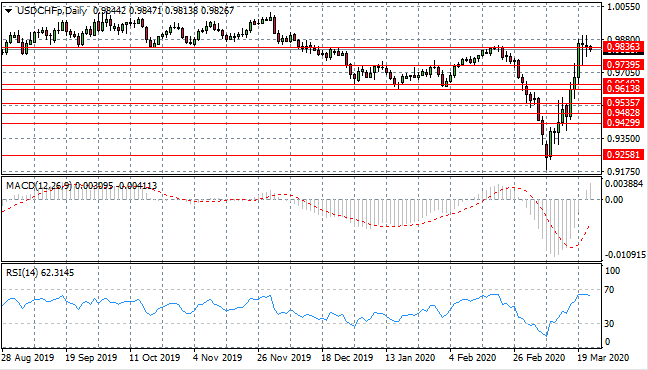 The USD/CAD rally appears to have stalled, however, sellers have not yet been able to dominate price action. An evening star doji pattern did not result in a sustained price reversal despite the signal of a momentum change towards bearish sentiment. Buyers returned in yesterday's trading. Momentum indicators remain in bullish territory however RSI has turned back towards the 70 resistance line. 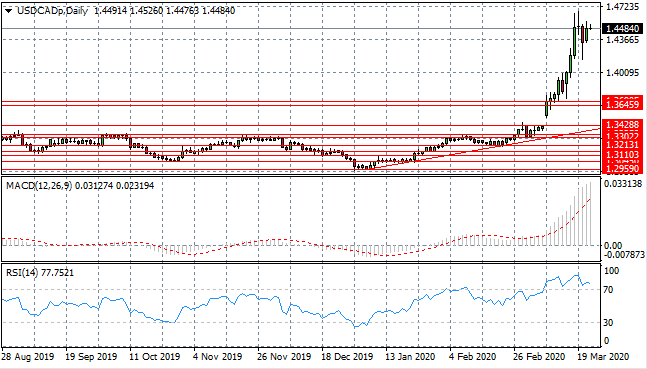 The Silver revival appears to be gaining traction with buyers beginning to gather momentum. The next target for price action is the 14.30 resistance level in sight. Momentum indicators support bullish sentiment with RSI turning back towards the 30 support line after extending into oversold conditions. 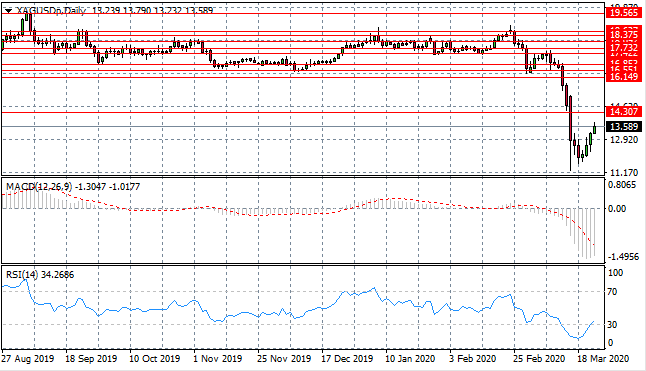 Gold buyers have made an emphatic return which has seen price action break a series of resistance lines, with the next target at the 1574.28 price area. Momentum indicators remain in bearish territory although RSI is pulling away from oversold conditions. 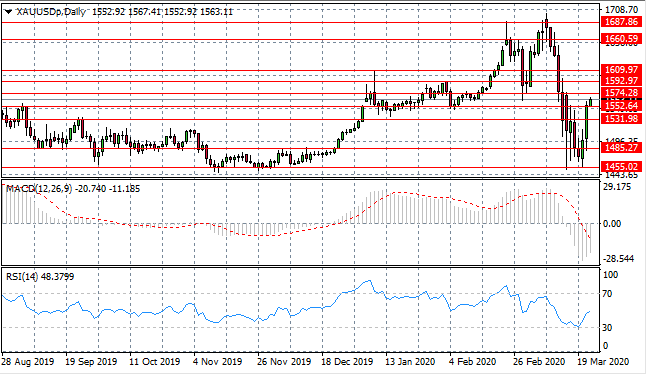 WTI prices remain at all-time lows testing the $20 per barrel range as the global pandemic shows no sign of slowing down. Despite some recovery attempts from buyers, sentiment has a bearish bias with rising selling pressure in recent trading. Momentum indicators have decelerated in bearish territory and RSI is testing the 30 support level. 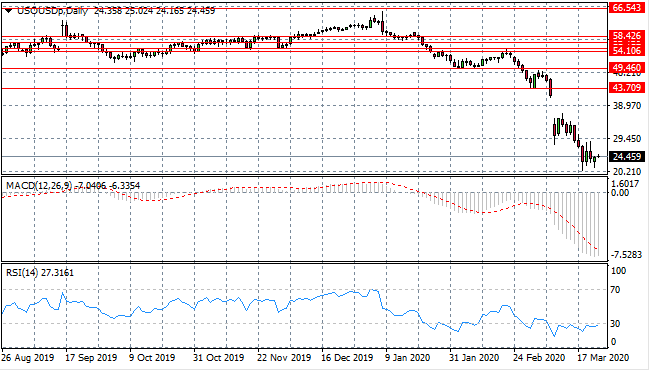