A Bearish Reversal For NDX100?

The USDJPY reversal may only go so far as the 108.55 support level as bearish momentum appears to be waning. The support area has represented an obstacle for buyers in the past. Momentum indicators have sharp downward trajectories. 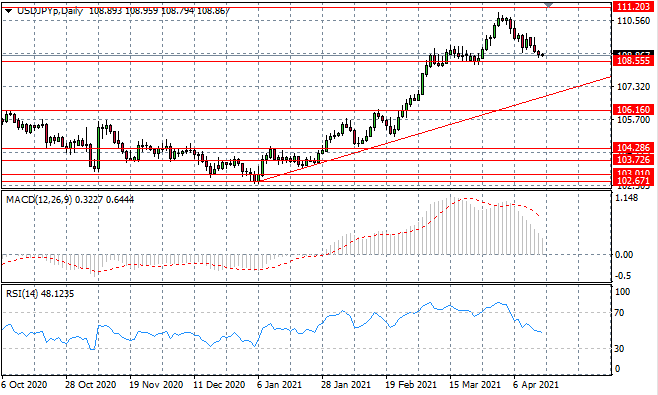 The GBPUSD has begun to find support after the break of the ascending trendline and 1.380 support level. Another attempt will now be made at the 1.380 price level. Buyers’ conviction will be tested. Momentum indicators have flattened in neutral territory. 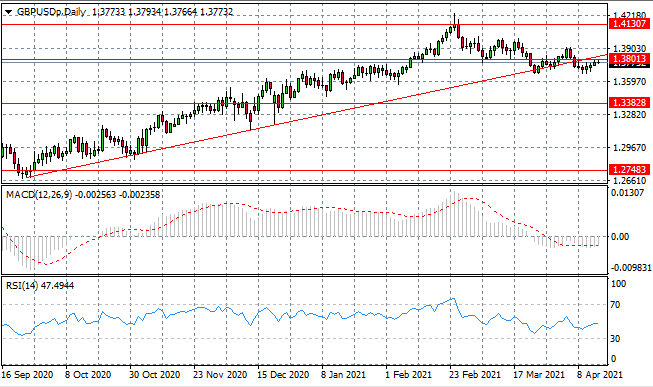 The Eurodollar price recovery has taken the pair back to test the 1.198 resistance area. Price action is moving closer to the descending trendline which has contained any rally attempts since late December 2020. Momentum indicators are bullish. 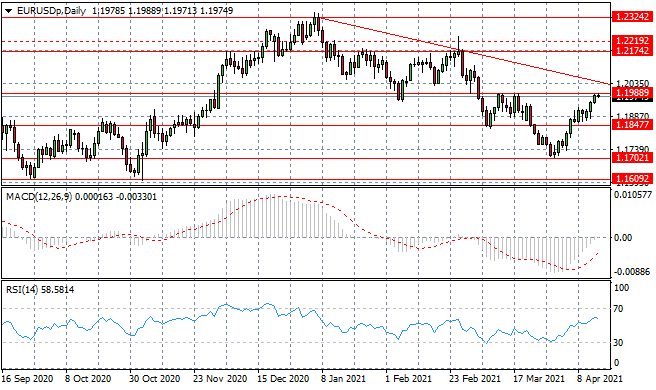 The USDCHF pair appears to have stalled at the 0.922 price area, where buyers have returned. The break therefore may not be sustained and the 0.922-0.935 range will remain intact. Momentum indicators are mixed; with RSI beginning an upward move and MACD remaining sharply bearish. 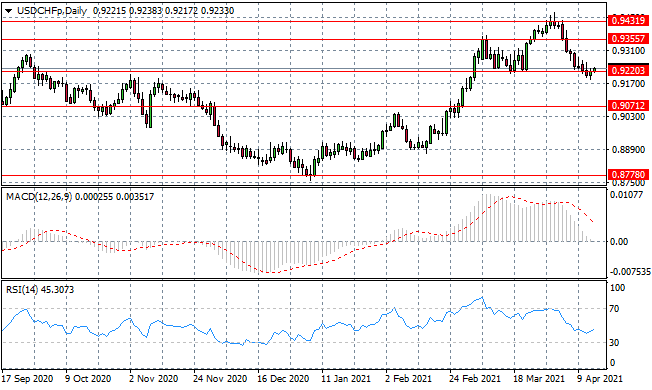 XAUUSD has nowhere to go. The metal has flatlined mid-range between the 1682.27-1774.35 price levels and neither buyers nor sellers have the appetite to drive a price action. Momentum indicators are mixed; with MACD approaching the zero line and RSI flattening in neutral/bearish territory. 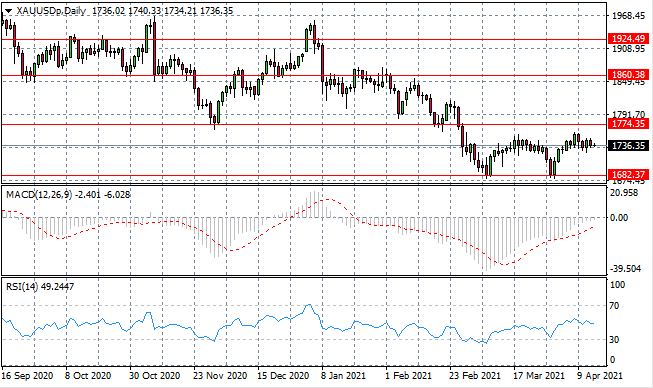 USOUSD buyers returned in yesterday’s trading allowing the commodity to fully break the $60 per barrel barrier. Today’s trading will determine whether there is enough bullish momentum to drive price action back towards a recent ceiling at the 66.92 price level. Momentum indicators have upward trajectories. 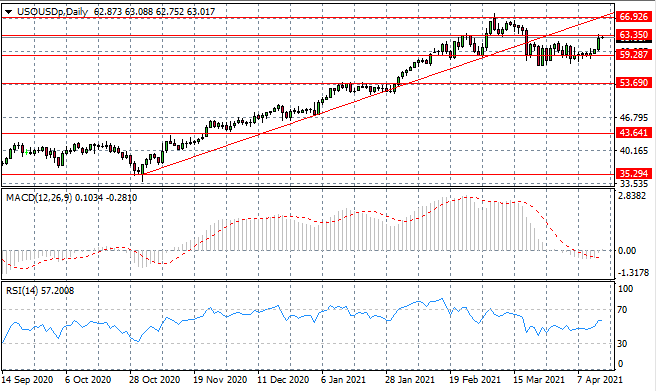 The break of the 13871 ceiling was short-lived , as sellers immediately returned to drive price action back. Bullish momentum had been strong during the move that drove the break and conviction will now be tested. Momentum indicators suggest that a bearish reversal is on the cards. 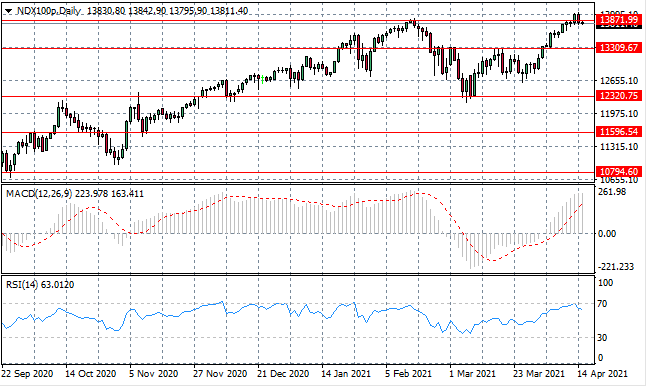