A Price Reversal On The Cards For USOUSD?

The USD/JPY pair rejected the 104.29 resistance level yet the pullback has has only gone as far as the descending trendline. Bulls have held the pair in the current trading range between the 103.10 and 104.29 price levels. Overall, the longer-term trend is descending. Momentum indicators have settled in neutral territory. 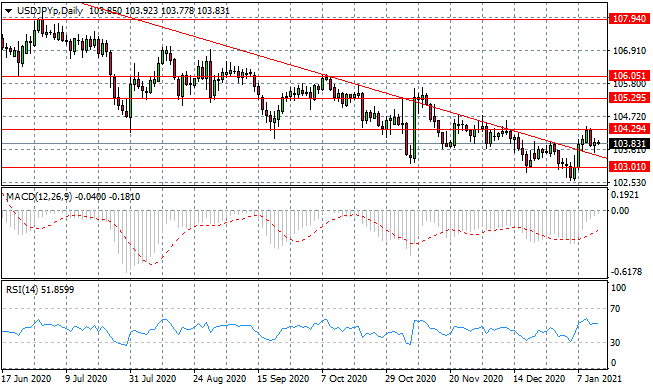 GBP/USD buyers have been unable to break the 1.368 resistance line despite several attempts in recent trading. Given the lack of conviction from sellers, a break seems inevitable if buyers continue to dominate price action.  Momentum indicators suggest there is further upside potential as both have flattened in bullish territory. 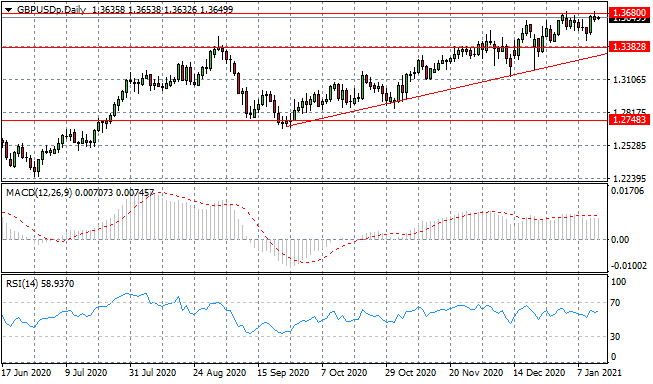 The EURUSD pair continues to bounce along the 1.214 support level with neither buyers nor sellers dominating price action. The pair is undergoing a period of consolidation with oscillations between the 1.214 and 1.229 price levels. Momentum indicators have downward trajectories. 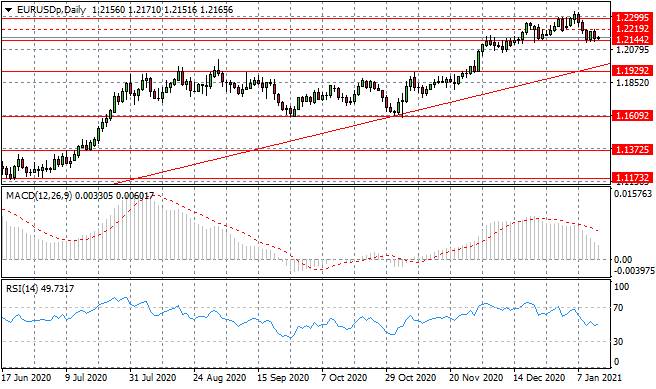 The 1.269 price level has proven to be a sticking point for the USDCAD pair. The downward pressure on price action has failed to result in a break. Given the clear bearish bias, a break may be imminent with a lack of bullish activity, the support level seems unlikely to hold. Momentum indicators have stalled in bearish territory. 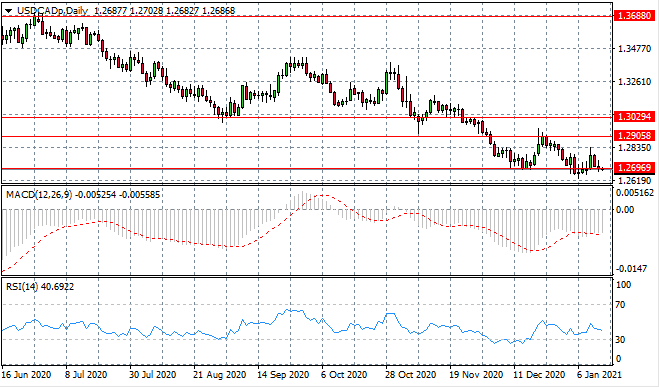 The XAUUSD has stalled just below the 1860 price line. A series of doji candles indicate indecision in the metal. This resistance level may now act as a ceiling for price action, going forward. Momentum indicators have flattened in bearish/neutral territory. 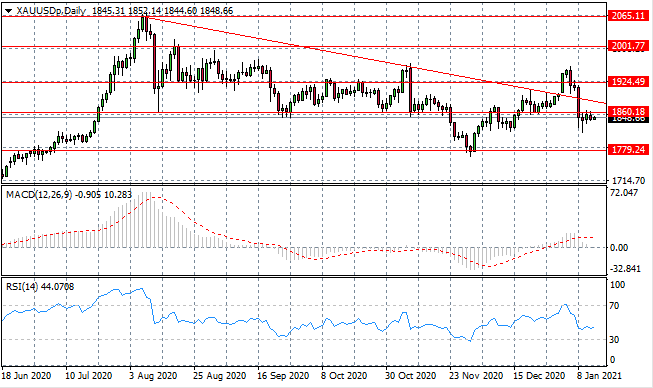 USOUSD has moved past a high not reached since February 2020, however, the move has inspired the return of sellers in early trading. If price action breaks back below the 52.63 price line, it will be the first indication of a potential reversal. Momentum indicators suggest that the commodity is overbought and are on the brink of a reversal. 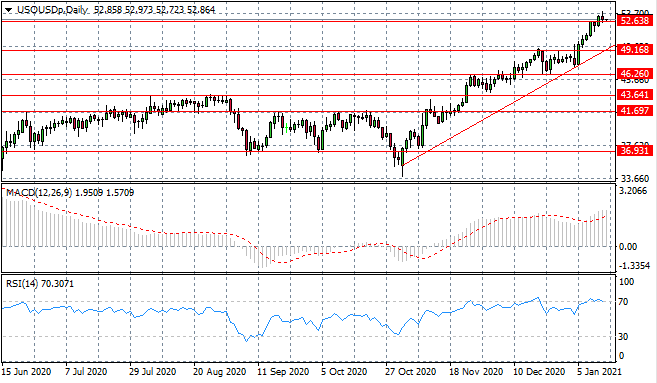 The WS30 index has stalled at the 31,151 resistance line with a moderate bullish upward trajectory. There is limited bullish momentum and therefore the index may float upwards in the absence of any selling appetite. Momentum indicators are bullish with RSI testing overbought levels. 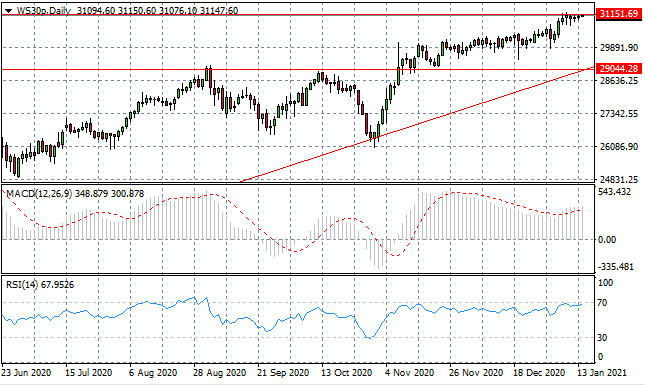