A Trend Change For USOUSD?

The USDJPY pair is beginning to rebound from the 109.59 support level and the ascending trendline will now act as a resistance level for the pair. Buyers remain active and the pair may trace the trendline higher. Momentum indicators have flattened in neutral territory. 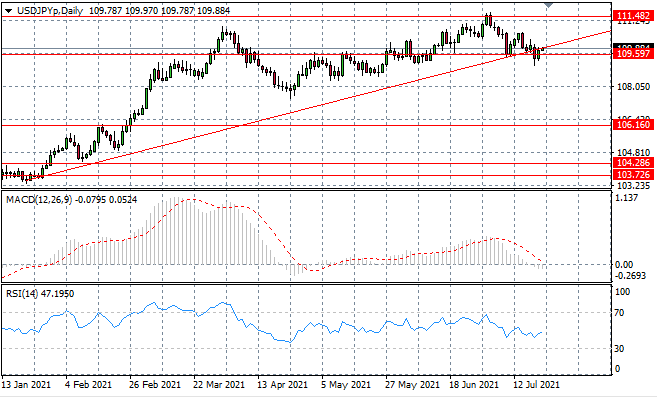 The GBPUSD pair has broken a number of support levels including the 1.368 price line. This indicates significant bearish sentiment, considering this support area has been an obstacle for sellers in the past. The break appears to have inspired the return of buyers. Momentum indicators are testing oversold conditions. 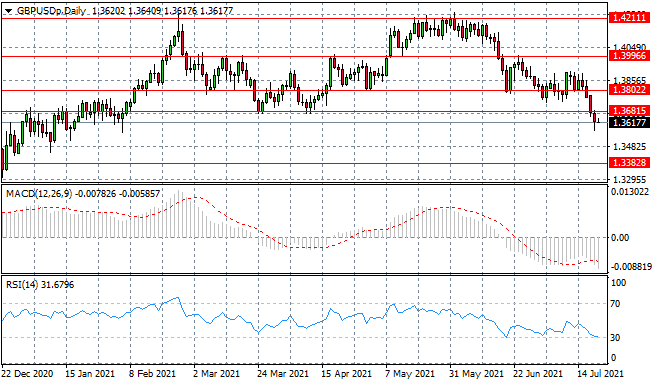 Eurodollar bears are dominating the direction of price action despite a rise in buying pressure in the last few trading sessions. A target price level exists at the 1.170 support line, which is a recent low for the pair. Momentum indicators have flattened in bearish territory. 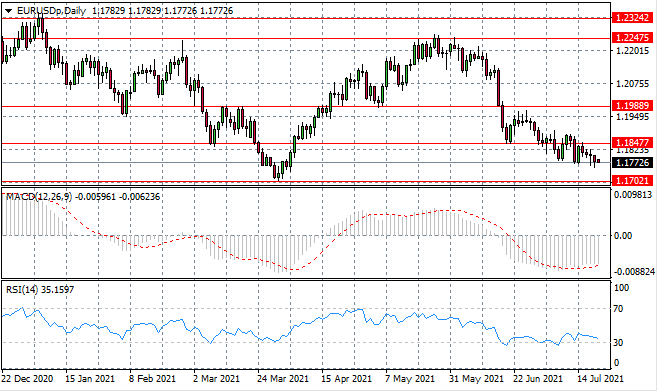 The USDCAD is coming under pressure after a break of the 1.263 resistance line. Selling pressure has risen and the pair is now headed back to this price line, which will now act as a support level. Momentum indicators are bullish and RSI is testing overbought conditions. 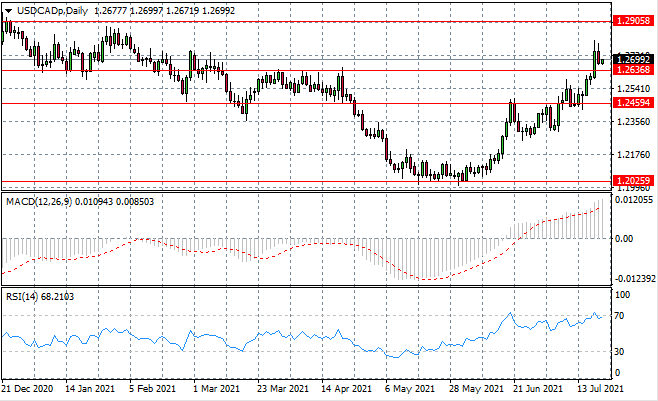 XAUUSD will continue to oscillate within a symmetrical triangle pattern of price action. Several tests of the 1795 support level have resulted in rising buying activity, however doji candles still represent indecision and a lack of desire from both buyers and sellers to dominate price action. Momentum indicators are bullish. 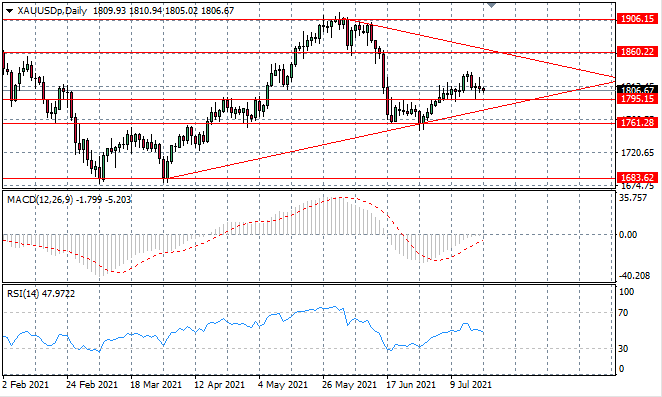 The USOUSD has broken the ascending trendline which is significant given how long it acted as a support level. This represents the first signal of a trend change. Price action has been contained at the $66 per barrel range where the commodity may now consolidate. Momentum indicators are bearish with RSI flattening in oversold territory. 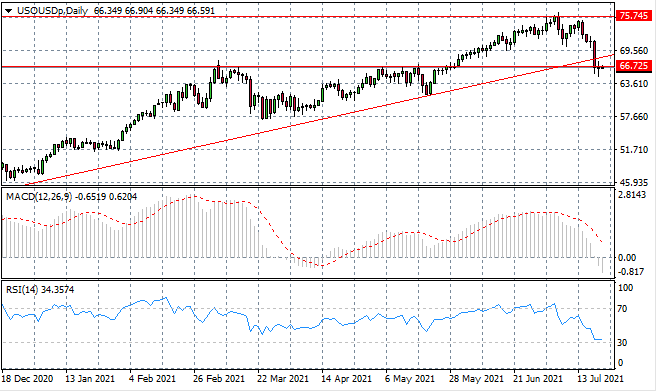 The HK50 index dropped back to the 27,117 support line where once again selling activity has been contained. Bearish sentiment dominates yet there is currently a lack of conviction which has seen price action unable to overcome the support line. Momentum indicators are bearish. 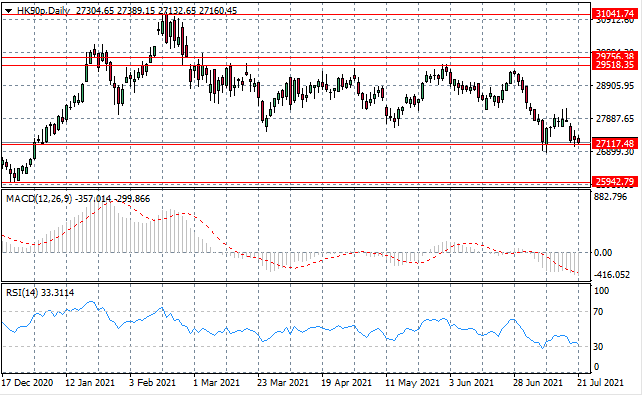