Another Reversal Attempt For USD/CAD

The USD/JPY pair has been unable to fully break the 105.29 support level. Oscillations are narrowing within range which generally takes place ahead of a breakout. Longer-term bearish sentiment is lingering. Momentum indicators remain in the neutral zone. 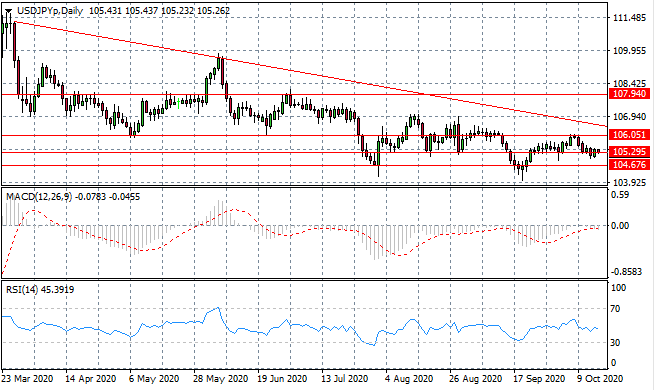 The Eurodollar has broken the ascending trendline to the downside and is testing the 1.172 support level. The break is significant and could indicate a trend change if sellers can sustain the momentum. Momentum indicators remain in bearish territory.

The GBP/USD pair has failed at the 1.298 trading range, as the pair begins to move sideways and may enter a period of consolidation. Fundamental factors do not currently support a long-term Sterling rally. Momentum indicators remain in bearish territory. 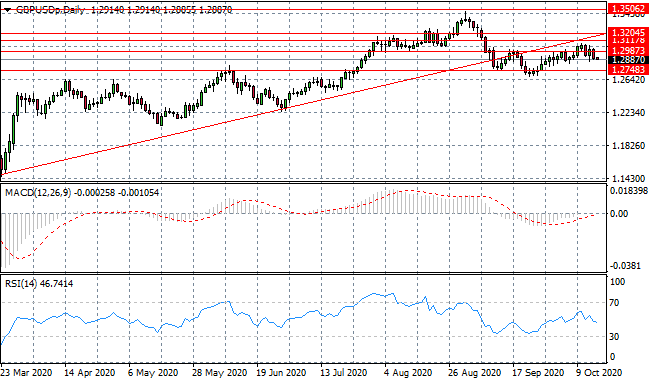 The USD/CHF pair has returned to a previous channel of consolidation between the 0.903 and 0.918 price levels. Despite some rise in buying activity, conviction remains weak. Fundamental factors will lead the way in terms of price direction. Momentum indicators have flattened in neutral/bearish territory. 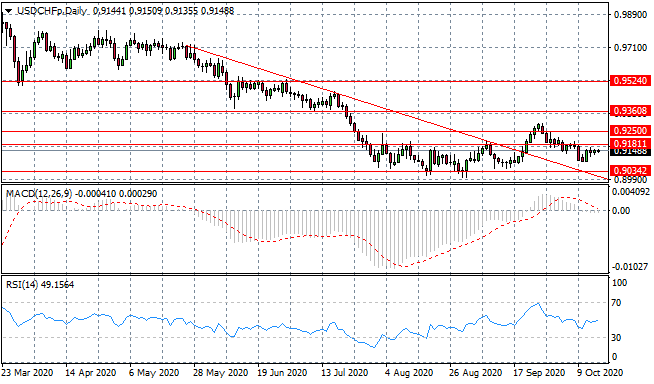 USD/CAD buyers have returned to take the pair towards the range ceiling at the 1.322 price level. A break would likely take the pair back towards the ascending trendline which formed a support area for the most recent rally. Momentum indicators have begun upward trajectories. 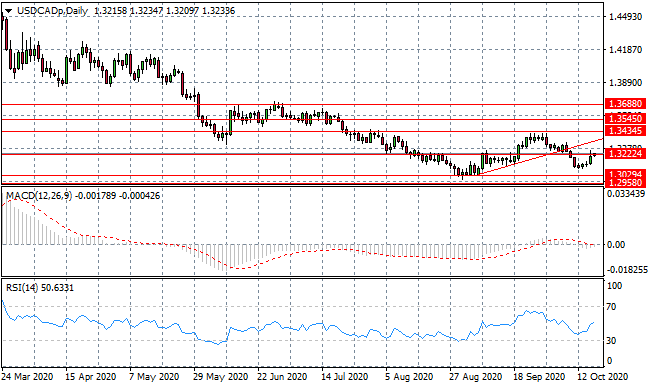 Despite some attempts from buyers to re-establish a rally, sentiment remains firmly with sellers as the bearish trend continues. Oscillations towards the 1924.49 resistance level have recently resulted in pullbacks. Momentum indicators have flattened in bearish territory. 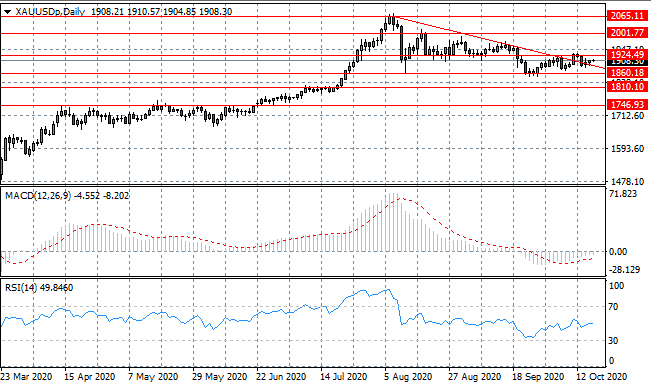 WTI oscillations continue to narrow with a dragonfly doji occurring mid-range. Typically this signal is bullish when established during a downtrend. However, on this occasion, it simply suggests a continuation of buying pressure. The 41.69 price level still represents a hurdle for the commodity. Momentum indicators are moving into bullish territory. 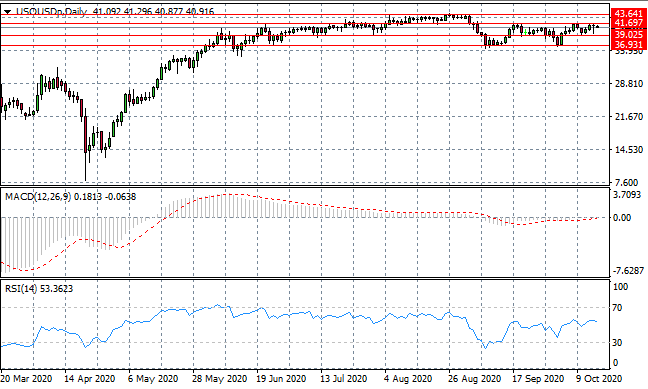