Bearish Breakout On The Cards For XAUUSD?

The USD/JPY pair sell-off has stalled after the break of the 104.29 support level. A series of small-bodied candles indicate that bearish momentum has slowed. Longer-term, the downtrend has been well-established and each rally attempt has been contained by the descending trendline. Momentum indicators remain in bearish territory. 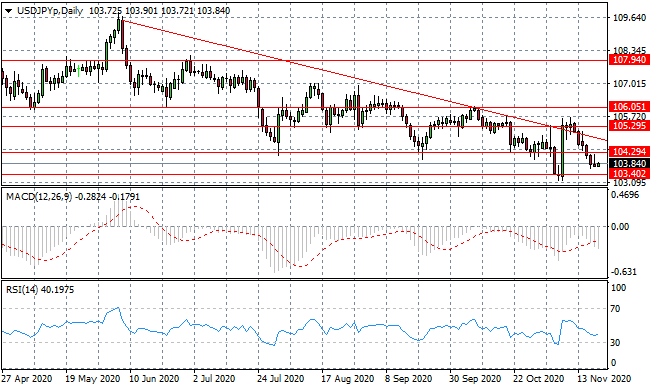 Euro buyers remain active in order for price action to remain at elevated levels but not enough to drive a break of the 1.192 resistance line. The rally has begun to slow as the pair moves closer to the apex of an ascending triangle, where we may anticipate a bullish breakout. Momentum indicators are moderately bullish. 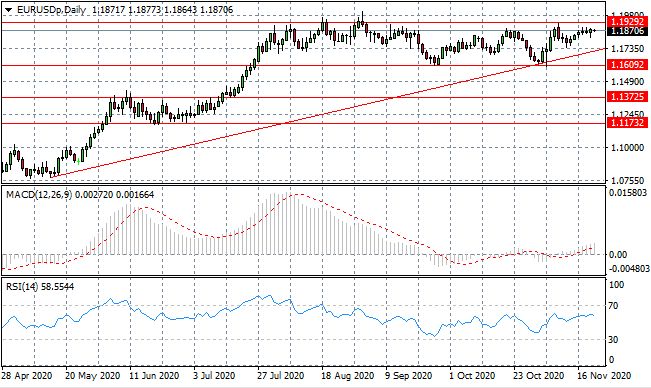 The GBP/USD pair has stalled mid-range as the current rally appears to have slowed. The pair may maintain range within the 1.314 and 1.338 price levels. Current fundamentals do not support further upside for the Pound. However, the longer-term rally remains intact. Momentum indicators are bullish, with further upside potential. 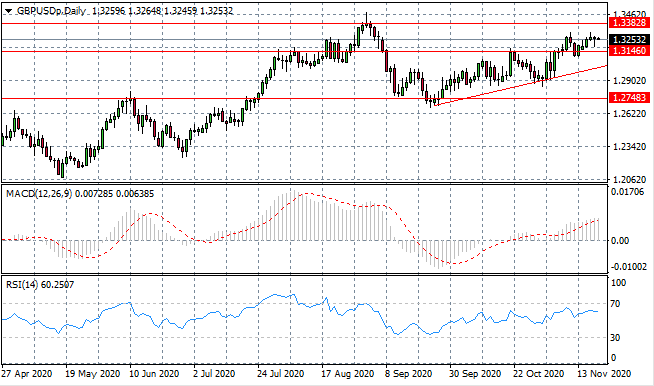 Gold continues to test the lower bound of a descending triangle at the 1860 support level. A break has not materialised despite 3-4 tests, however, oscillations are narrowing. Given the pattern of price action, we may expect a bearish breakout but currently sellers lack conviction. Momentum indicators have flattened in bearish territory. 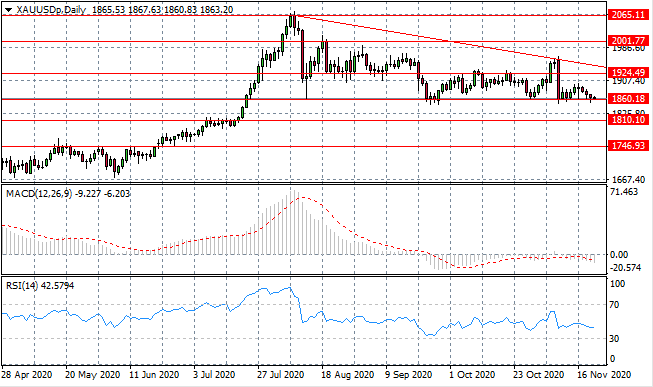 The USOUSD continues to test the 41.69 resistance area without a break. Doji candles represent indecision and despite improvements in economic conditions, buyers lack the appetite to drive price action. The next question is whether the $40 per barrel range can remain intact. Momentum indicators are bullish. 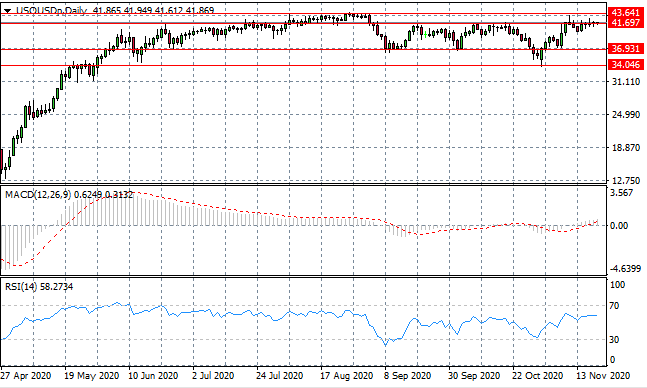 The US500 has also pulled back towards the 3574 resistance area, resulting in a moderate break. The move has taken the index back to a previous range between the 3242 and 3574 price levels. A longer-term uptrend is well-established therefore it will take significant selling pressure to drive a trend change. Momentum reversals have begun. 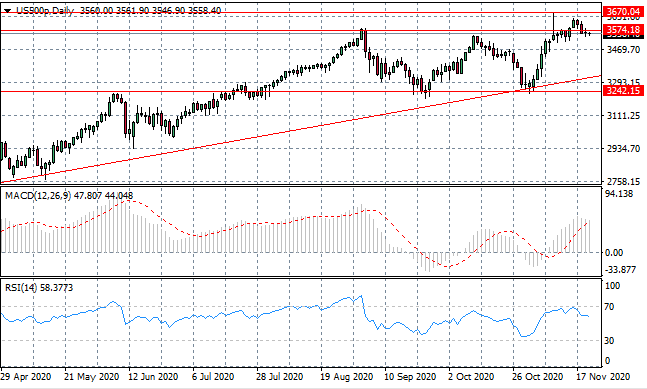 The JP225 reversal is underway albeit at a very moderate pace. The pair has returned to an area where price action previously stalled in the rally which may also represent a rest period for index after the recent break. The strength of the reversal will be determined in the next week. Momentum indicators are also undergoing reversals. 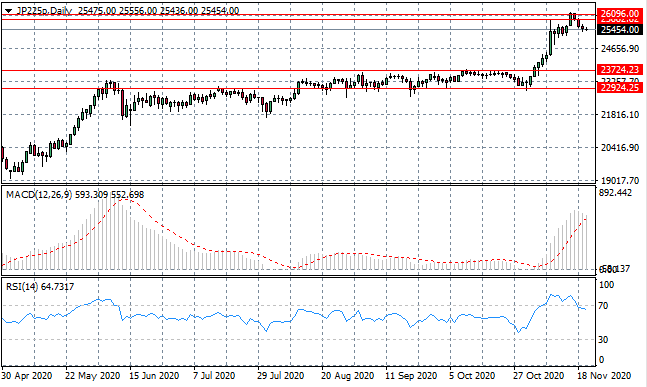