Cup And Handle Pattern For USD/CAD?

Kickstart your new year with the best USD50 bonus campaign. Limited-time offer! Get it now!

The USD/JPY pair has rebounded from the descending trendline, which is currently acting as a support level. The return of buyers, however, was shortlived. Whether sellers have the conviction to break the trendline remains to be seen, yet there is a recent price floor at the 104.77 support level. Momentum indicators appear to be making a moderate bullish recovery. 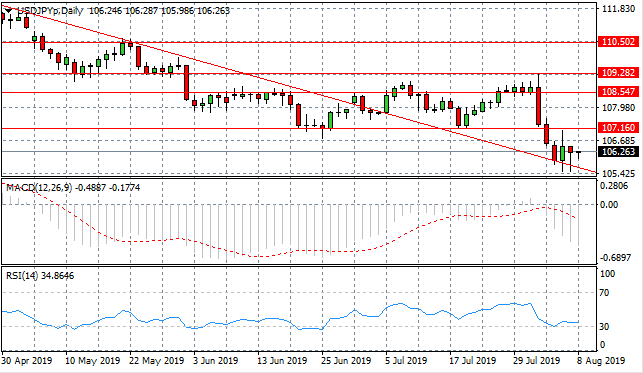 The Euro has made a recovery off the back of dollar weakness, taking price action to spike through the 1.123 resistance line though this has been met with heavy selling pressure. It remains to be seen whether buyers have the appetite to drive prices higher. Momentum indicators support the bullish reversal. 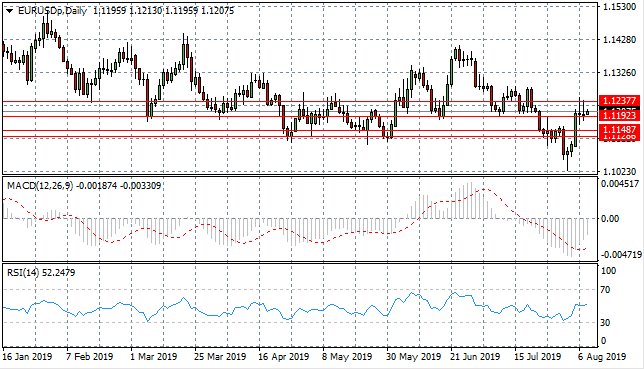 The GBP/USD pair also appears to be making a recovery as a series of doji candles represent a deceleration in the sell-off. A moderate recovery is underway though buyers currently lack the conviction, as the pair continues to be impacted by political developments. Momentum indicators have flattened in negative territory, with RSI bouncing along the 30 support level. 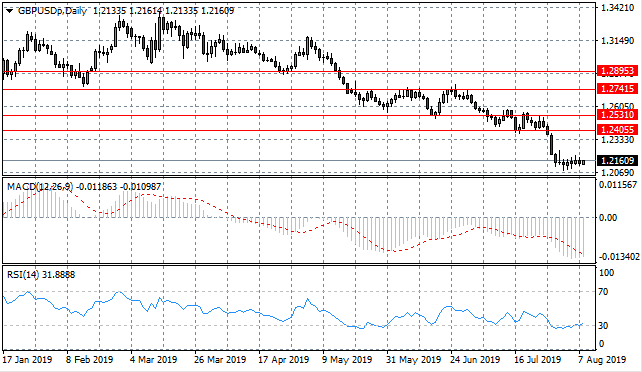 The 0.971 support level remains intact for the USD/CHF pair taking it to test the descending trendline, as the downtrend gathers weight and oscillations begin to narrow. Momentum indicators remain bearish extending into bearish territory with RSI approaching oversold conditions. 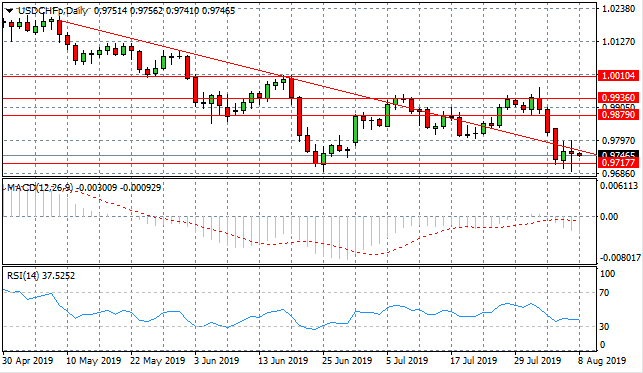 The USD/CAD pair has spiked through and rejected the 1.330 resistance line as selling pressure has risen at this resistance area. Price action looks to be forming a "cup and handle" pattern and the bearish move may be the beginning of the handle of the pattern. Momentum indicators remain bullish with MACD extending beyond the zero line yet RSI has hit overbought conditions. 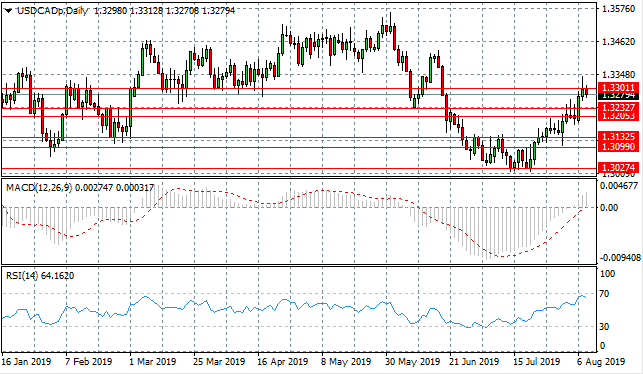 Silver has broken the 16.78 resistance line which is a recent price high, as strong bullish momentum dominated price action yesterday. Selling pressure does appear to be rising and it remains to be seen how long the rally can last. A pause in price action before the current bullish move was the first indication of a slowdown. Momentum indicators remain bullish despite a recent pullback. 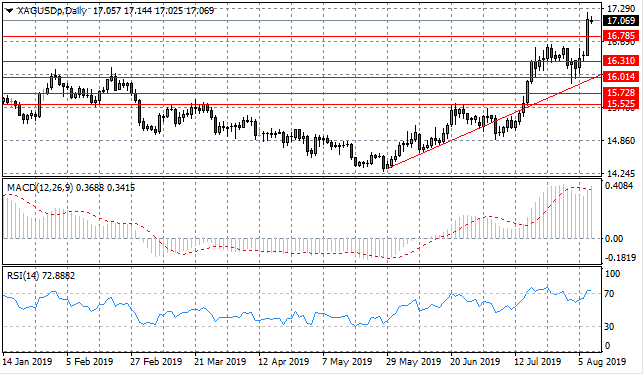 Gold has tested and pulled back from the ascending trendline as selling pressure begins to climb. Buyers may be losing steam as various stalls have accompanied the rally. Momentum indicators are turning more bullish as MACD extends into bullish territory and RSI approaches overbought conditions. 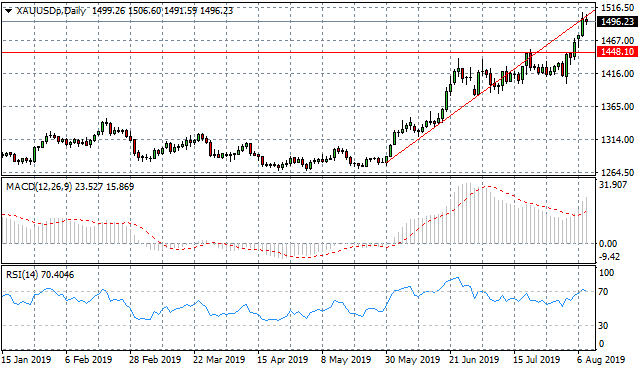 WTI has broken the 54.92 support level and taken price action to spike through the 51.26 support level. This has resulted in the return of buyers as the support level remains intact as a strong support level for the commodity. Momentum indicators are bearish, with MACD breaking the zero line to the downside and RSI heading into the bearish channel, flattening above the 30 support level. 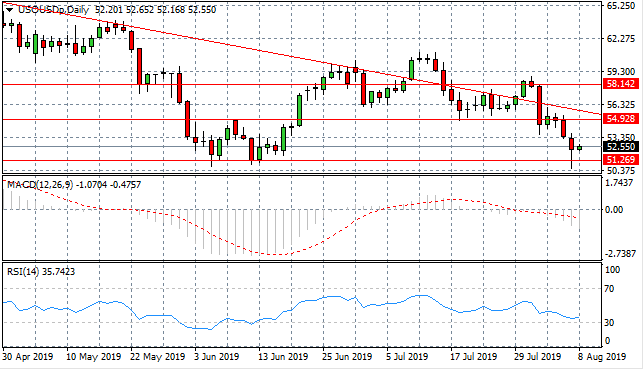