New Highs On The Horizon For JP225?

The USD/JPY pair has broken the 104.29 support level which is significant as this represents a strong support area where, previously, bullish rebounds have taken place. If the break can be sustained further downside towards the 103.40 support level may be expected. Momentum indicators are bearish. 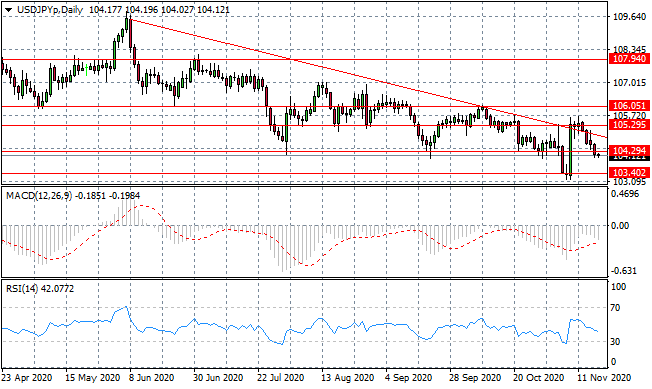 Euro buyers are dominating as US Dollar weakness persists in mid-week trading. A target exists at the 1.192 resistance line where on previous occasions, bearish pullbacks have occurred. There will be significant bullish momentum required to break range. Momentum indicators have upward trajectories. 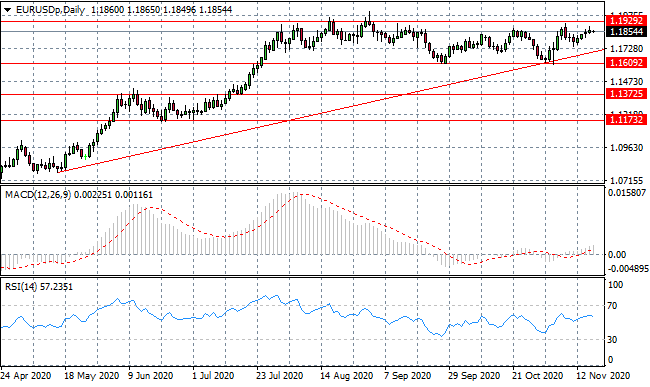 The GBP/USD pair is languishing in the 1.314-1.338 trading range and whilst there is a moderate bullish bias, current conviction remains weak. Longer-term, a rally has been established and there appears to be little appetite from sellers to change this trajectory. A consolidation phase may be beginning. Momentum indicators are bullish, with further upside potential. 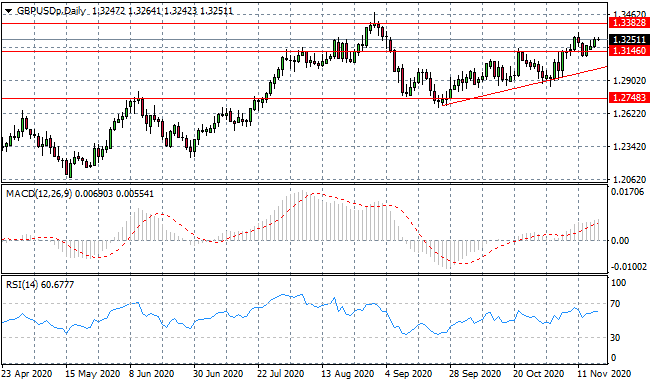 The ASX200 has a clear bullish trajectory yet there has been some slowdown in the rally in recent trading. Small-bodied candles indicate that bullish sentiment is waning as the index moves towards the 6549 price level. Given that this price level represents a recent high, significant momentum will be required to drive a break. Momentum indicators are bullish with RSI testing the overbought line. 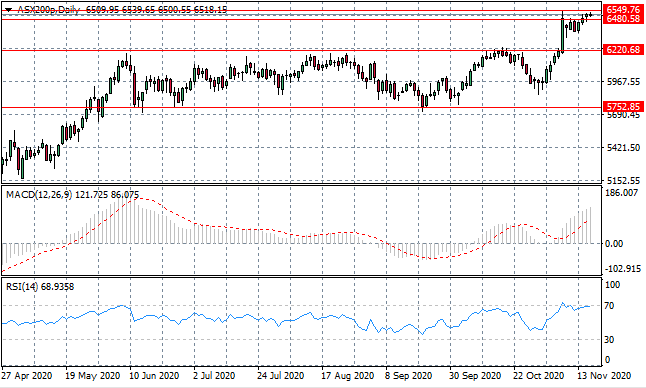 The HK50 has entered into a higher trading range between the 25,942-26,850 price levels where price action is coasting mid-range. Several tests of the range ceiling have resulted in a pullback as buyers appear to lack conviction. Momentum indicators have flattened in bullish territory, with RSI testing the 70 overbought line. 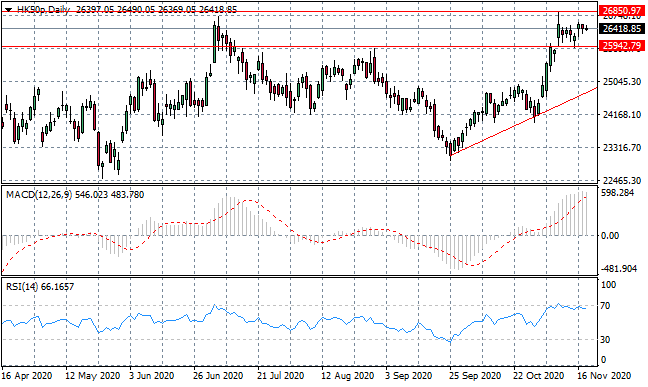 The US500 appears to have lost momentum after the break of the 3,574 resistance line. Sellers have arrived in what appears to be the potential beginning of a price reversal. Momentum reversals seem to also be underway, as RSI pulls away from the overbought line and MACD shows a slowdown in bullish sentiment. 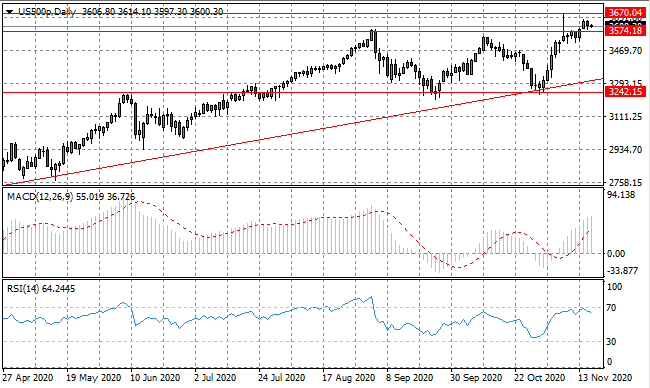 JP225 sellers have returned as the index reached the 30,035 resistance line which is also a recent high. Bullish momentum appears to be dominating price action despite activity from sellers. The current pullback indicates there is still buying pressure and new highs could be reached. However, momentum indicators suggest the index is overbought. 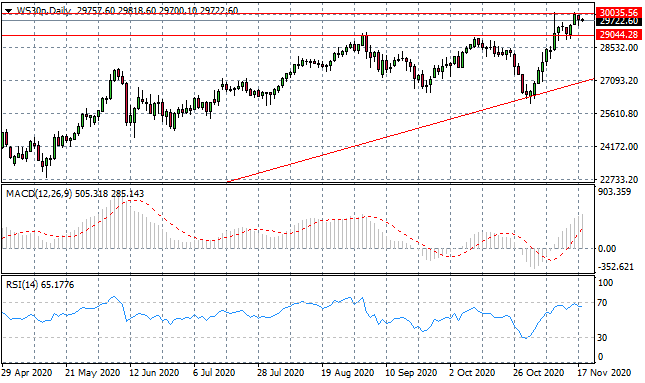