Sellers Return To The USD/CHF Pair

The USD/JPY pair has broken several support levels and is now testing the 108.83 price line as the pair returned to a previous trading range between the 108.06 and 109.61 price levels. Although price action has spiked through the 108.83 support level, a break has not yet materialized. The longer-term uptrend remains intact. Momentum indicators have downward trajectories with RSI flattening in the sell channel. 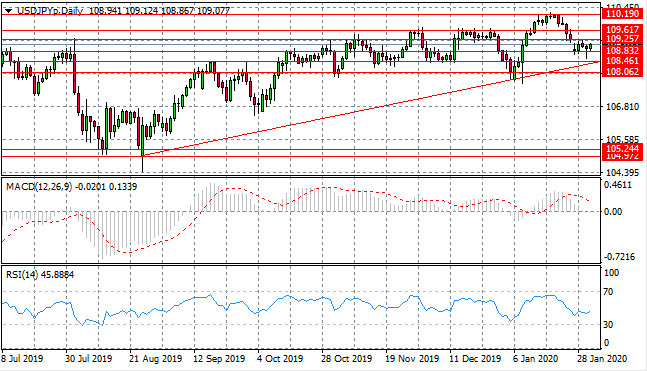 The Eurodollar has broken the ascending trendline in emphatic fashion with strong selling activity. The bearish move has decelerated and is currently testing the 1.102 support level. The break is significant as bullish rebounds have generally taken place at or around the trendline. Momentum indicators have stalled in bearish territory. 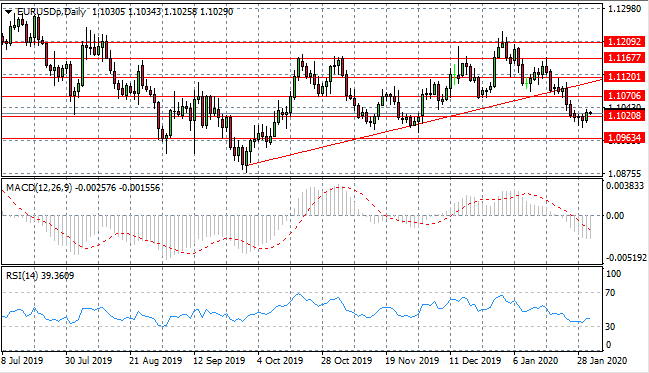 The GBP/USD pair has begun a downtrend, as denoted by the descending trendline, indicating that initial optimism around Brexit has waned. Price action continues to test the trendline which is currently acting as a resistance level for the pair. A price floor exists at the 1.295 support level which has proven difficult to break in recent trading. Momentum indicators are neutral. 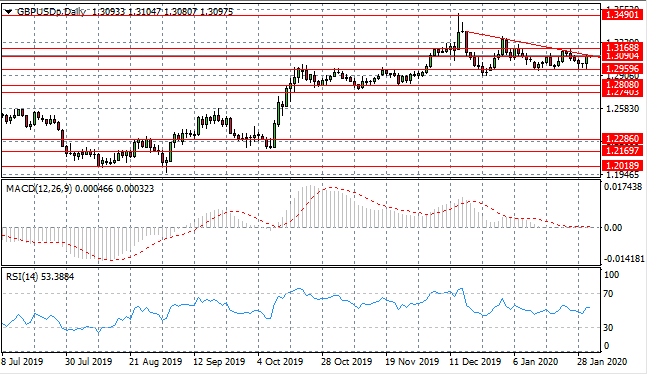 The USD/CHF reversal did not last with a gravestone doji first indicating a bearish reversal may be on the cards. Selling activity began to build in yesterday’s trading and despite a spike through the 0.968 support level, the pair closed above this price line. The longer-term trend remains bearish. Momentum indicators have stalled in bearish conditions. 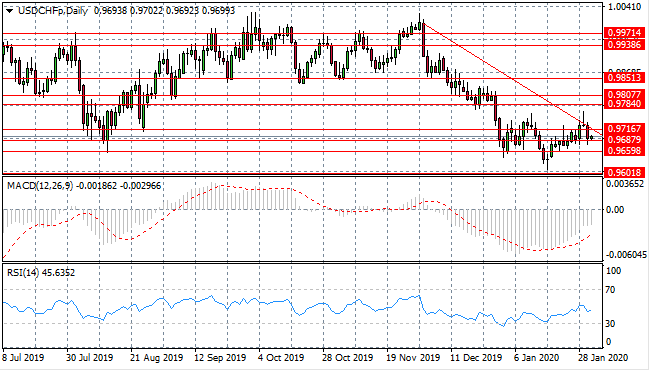 USD/CAD buyers have returned to take price action to test the 1.319 resistance level and a break would indicate the pair has returned to a previous trading range between the 1.319 and 1.333 price levels. However, longer-term, oscillations follow that of a downtrend with lower lows and lower highs. Momentum indicators are bullish with RSI approaching overbought conditions. 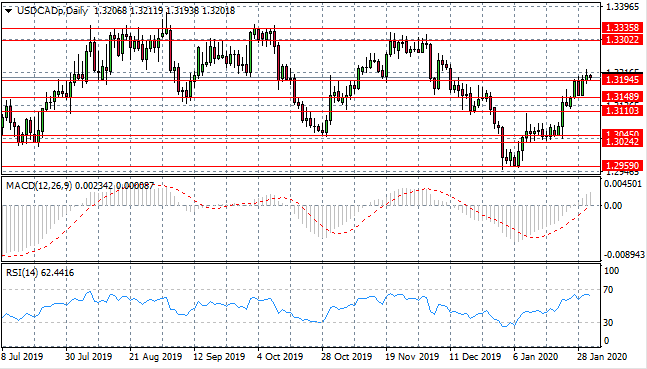 Silver has failed to breach the 18.09 resistance level despite buyers returning to the pair. As such, momentum appears to be bearish given the overall trajectory of price action and the rise in selling pressure specifically in yesterday’s trading. Momentum indicators also have bearish trajectories. 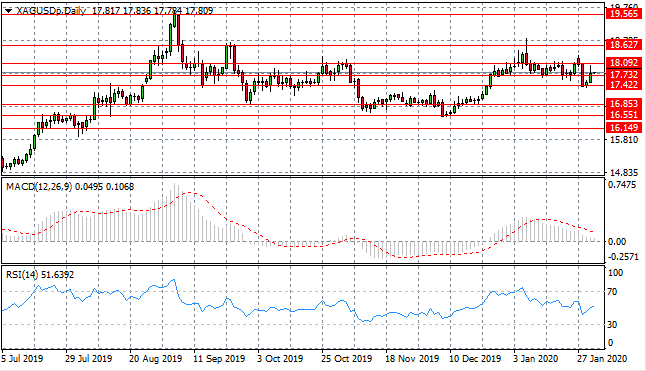 Gold has returned to previous price highs reached during a period of geopolitical tensions and is considered a safe haven asset in times of risk in the markets. A viral outbreak in China has contributed to investors’ fears. The metal is yet to push beyond this price area and create a new high. Momentum indicators are beginning to pull away from overbought conditions. 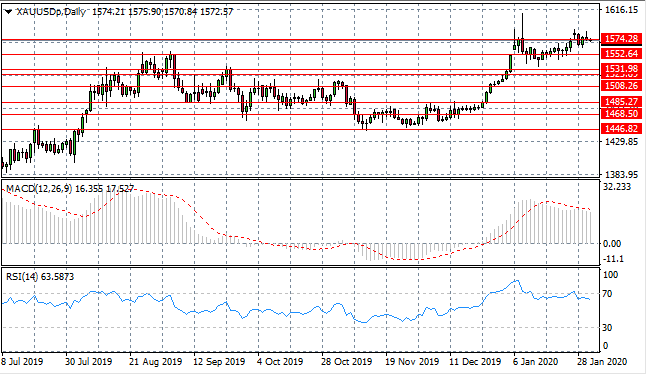 WTI has failed to clear the 54.10 resistance level which represents a previous support area. The most likely course for the commodity is back to the 52.17 support level which has been tested but not breached in recent trading. There is currently low risk appetite taking WTI closer to $50 per barrel. Momentum indicators have flattened in oversold conditions. 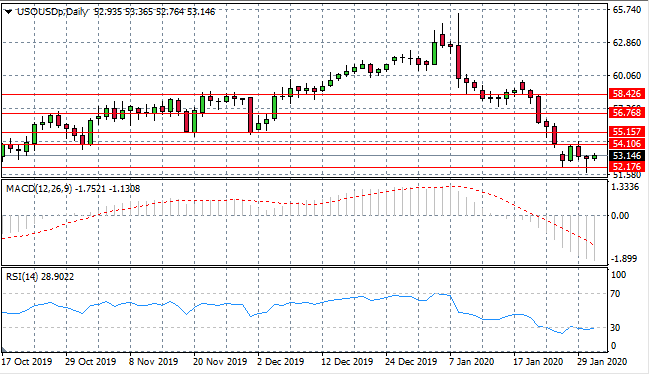 30 Jan 2020 Viral Outbreak In China Has Gold Returning To Recent Highs
3 Feb 2020 A Bullish Reversal On The Cards For WTI?