The USD/JPY pair has failed to push beyond the 107.93 resistance level, where a series of doji candles have gathered, indicating a lack of conviction from buyers. The pair seem likely to take the previous horizontal price pattern in the near-term. Momentum indicators have moderate upward trajectories. 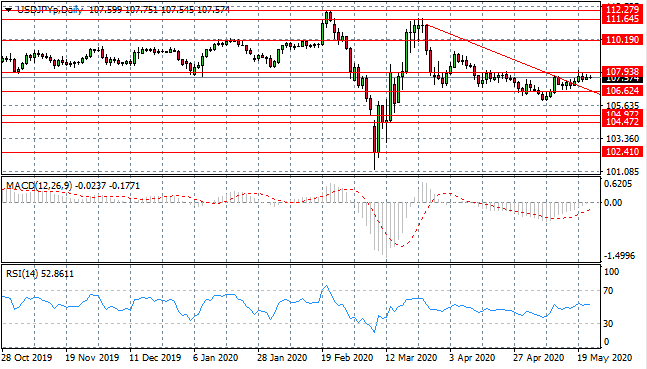 The Eurodollar has rebounded from the 1.078 support line and is now testing the 1.098 resistance area. In the absence of a break, price action will likely remain in range between these two price levels. Momentum indicators have stalled in neutral territory. 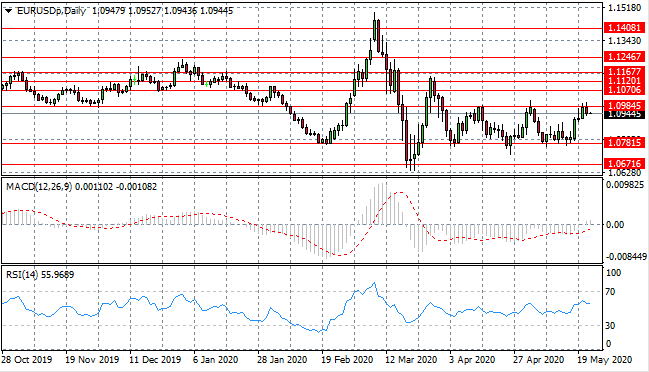 The GBP/USD pair has rebounded from 1.208 price level after an extended bearish bias. Going forward, the pair will likely continue to oscillate between the 1.208 and 1.261 price levels. Momentum indicators are undergoing moderate reversals. 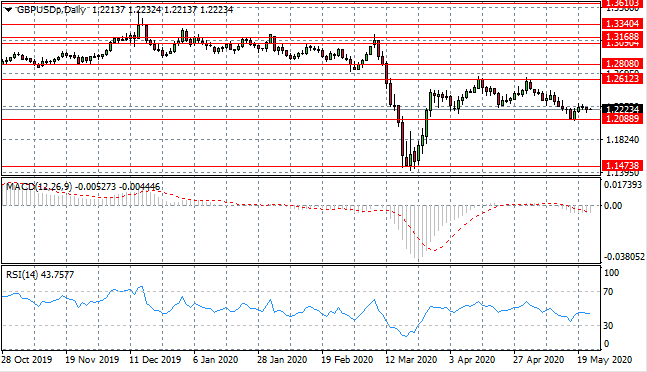 The USD/CHF pair has failed several times at the 0.976 price level. Oscillations are beginning to narrow in a tighter trading range between the 0.961 and 0.976 price levels. Momentum indicators are languishing in neutral territory. 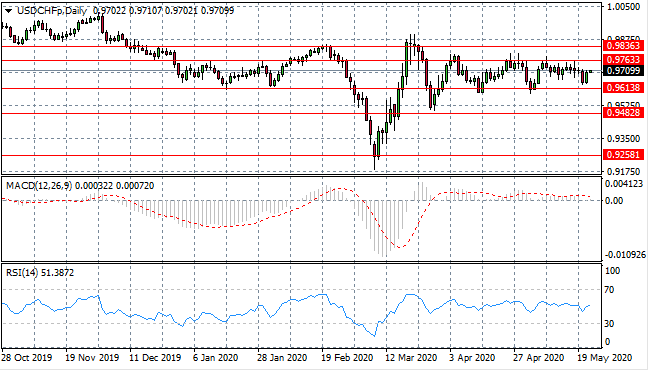 The USD/CAD pair has once again failed to clear the 1.386 price line with any real conviction, as the support area seems to be a magnet for the pair. The pattern of oscillations indicate a downtrend may be forming with lower highs.  Momentum indicators have flattened in neutral territory. 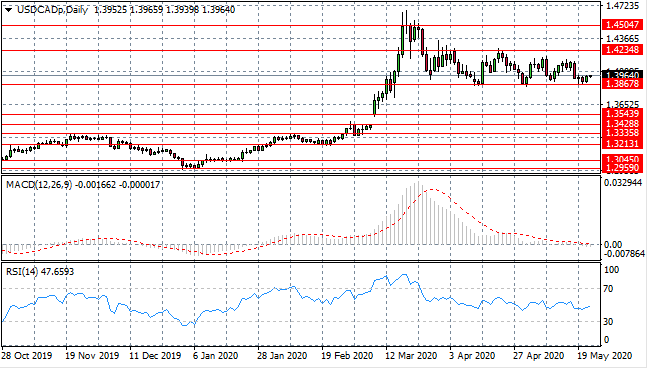 The Silver rally has begun to wane and sellers have returned to stop the break of the 17.42 resistance area. Whether the move is a pullback or a reversal will be determined in the next few trading sessions. Momentum indicators are also beginning reversals with RSI breaking below the 70 resistance level. 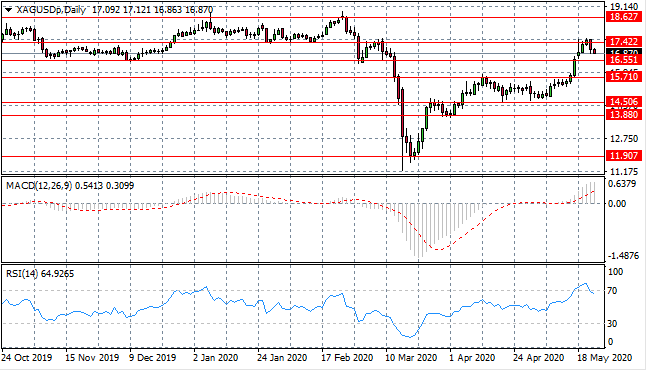 Gold has broken the upper trading range at the 1728 resistance level, yet the break has been met with a rise in selling pressure. A such the metal has returned to test the 1728 price level. Momentum reversal appear to be underway. 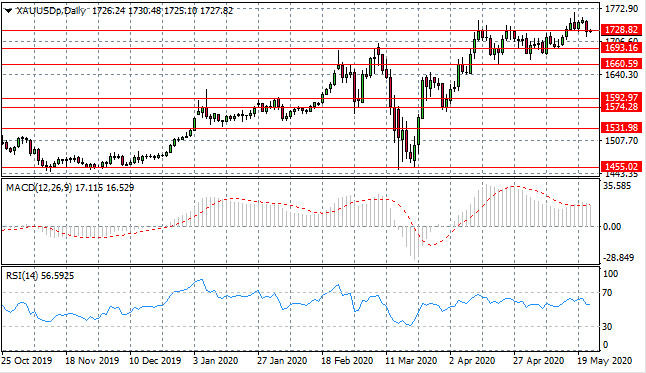 WTI buyers have been able to build momentum to drive price action towards the 34.90 resistance level. A break of this resistance level would be significant as it represents the gap fill line. Yet the conviction is not there currently. Momentum indicators have sharp upward trajectories, yet RSI is testing overbought positions. 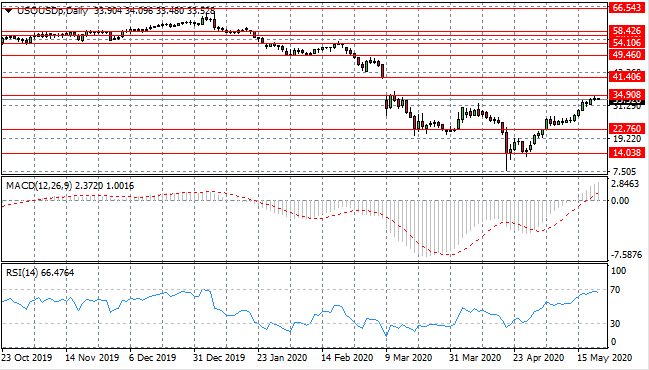