The USD/JPY pair has stalled after the break of the 109.61 with a series of doji candles indicating a slowdown in the uptrend. A slowdown is typical before a pullback in an otherwise bullish trend. Price action may move towards the ascending trendline before bullish momentum continues. Momentum indicators have tailed off in bullish territory. 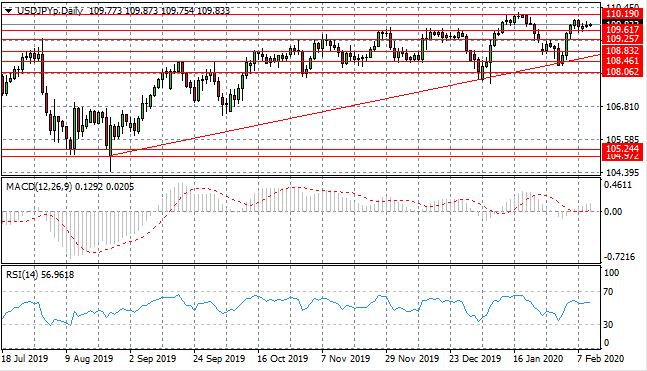 The Eurodollar has broken a series of support levels, including the 1.096 price line. A touch and bounce back from the 1.089 price level may indicate the end of the bearish move. A bullish reversal seems the most likely outcome. Momentum indicators remain in bearish territory, with RSI testing the 30 support level. 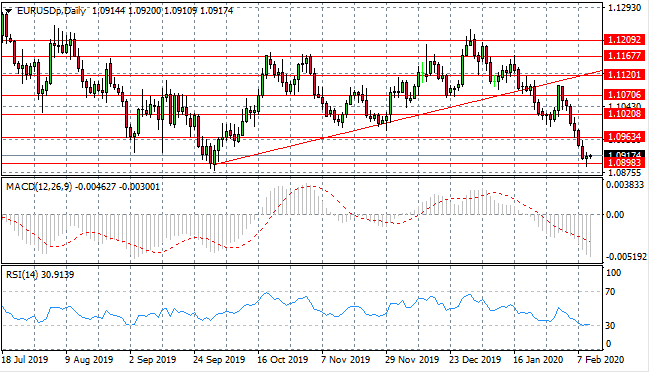 The GBP/USD pair broke the 1.295 support level and is now returning to test the price level once again. Overall, sentiment remains bearish and the break of this support level is significant, as it has represented a price floor in recent trading. Momentum indicators remain in bearish territory. 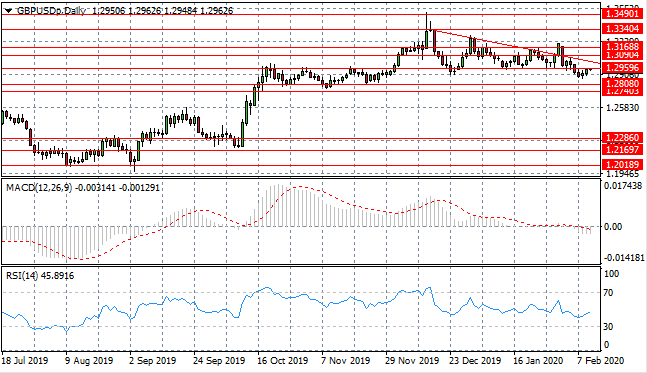 The USD/CHF pair has rejected the 0.978 resistance level, with sellers returning to push price action back towards the 0.973 support level. As a result, the pair may return to a previous trading range between the 0.964 and 0.973 price levels. Momentum indicators have moderate upward trajectories. 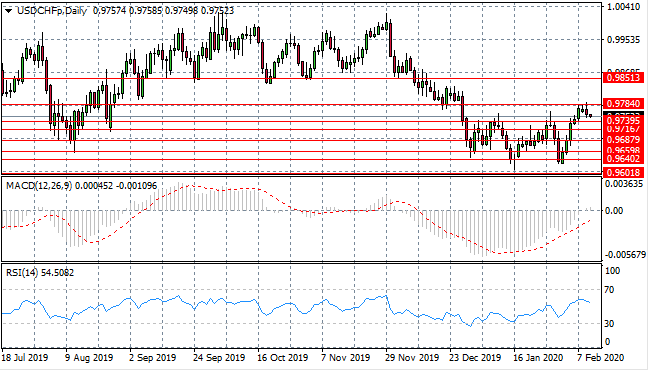 USD/CAD buyers again seem unable to break the 1.330 resistance area with sellers returning to push price action back below the resistance area. A bearish reversal may be beginning, however, confirmation will come from price action moving back towards the 1.325 support area. Momentum indicators have flattened with RSI pulling away from overbought conditions. 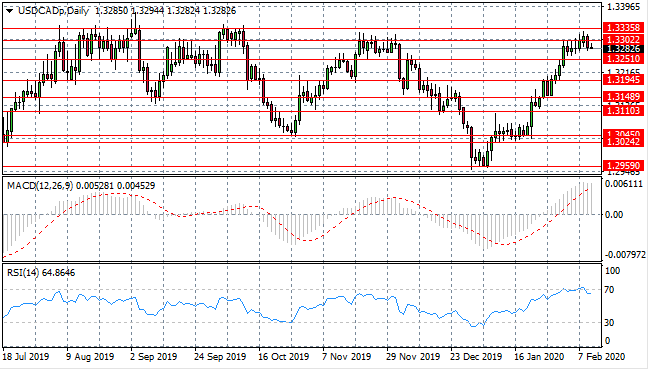 Silver continues to test the 17.73 price area with neither buyers nor sellers impacting price action in the short-term. The 17.42 price area has represented a moderate support in recent trading. Overall, sentiment appears more bearish with a downtrend forming. Momentum indicators have downward trajectories. 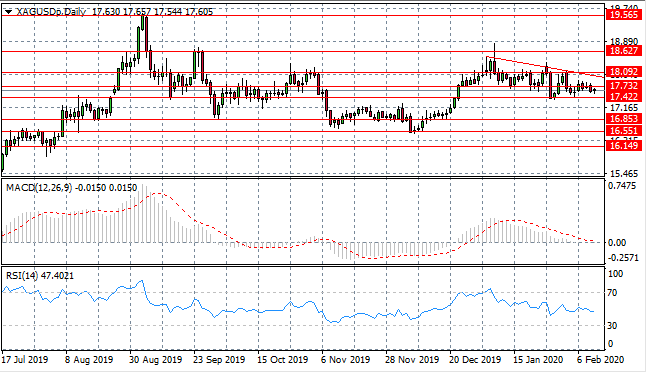 Gold has once again rebounded from the 1552.64 price level and is now heading back to the ascending trendline after failing at the 1574.28 resistance line once again. The metal has been unable to move beyond this resistance area in recent trading in the absence of major macroeconomic news. Momentum indicators have downward trajectories. 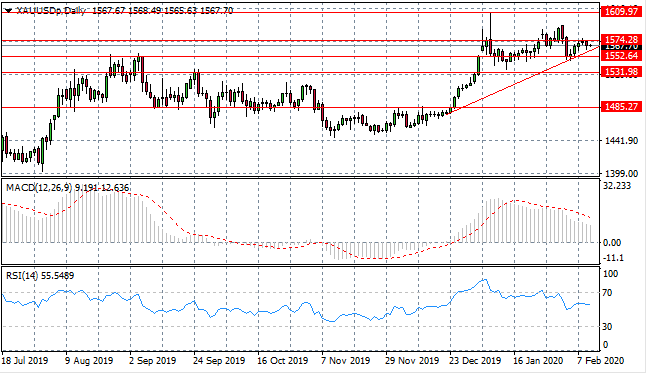 WTI is undergoing a bullish reversal with an inverted hammer candlestick indicating the end of the previous bearish trend. Price action is now heading back towards the 51.14 resistance area and a break would represent a confirmation of the bullish reversal. Momentum indicators have bullish trajectories with RSI breaking the zero line to the upside. 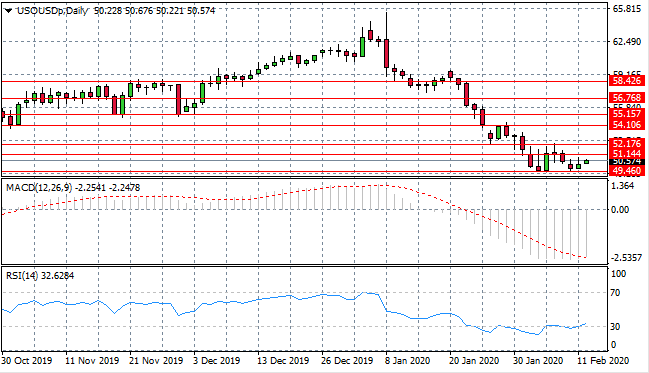