The USD/JPY pair has yet to move beyond the 107.93 support level and despite selling pressure a break is yet to materialize. The next target is the 106.62 price level yet sellers appear to have lost steam. Momentum indicators are mixed with MACD moving into the buy channel and RSI flattening in bearish territory. 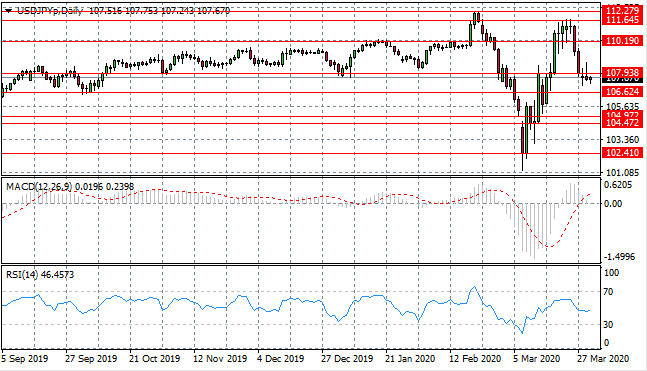 The Eurodollar has fallen short at the 1.116 resistance area and sellers have since returned to take price action toward the 1.089 support line. A bullish rebound ensued as a series of doji candles indicate indecision from market participants. Momentum indicators remain in neutral territory. 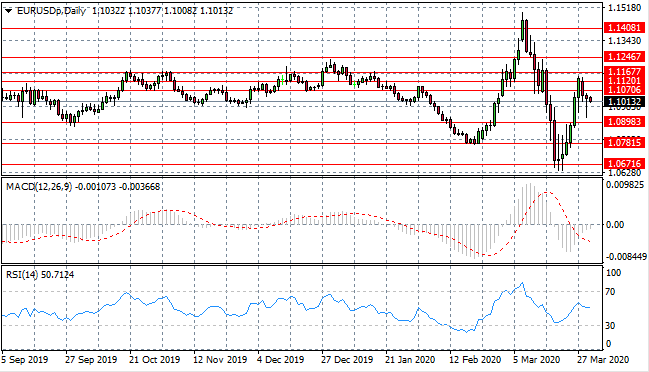 The GBP/USD rally has fallen short of the 1.251 price line which is now acting as a strong resistance area for the pair. Doji candles represent indecision despite a rise in buying pressure in yesterday's trading. Momentum indicators are making a moderate recovery from oversold conditions. 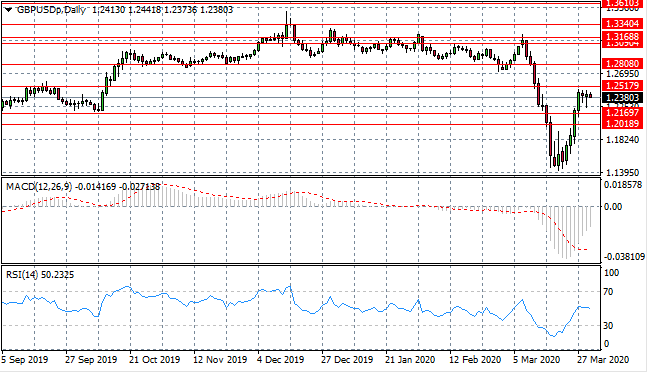 The USD/CHF pair has struggled to push beyond the 0.961 resistance level as selling pressure rises each time a bullish break is attempted. The move represents part of a pullback from a recent rally, yet a trend change may be underway if buyers lack the appetite to drive price action. Momentum indicators have upward trajectories. 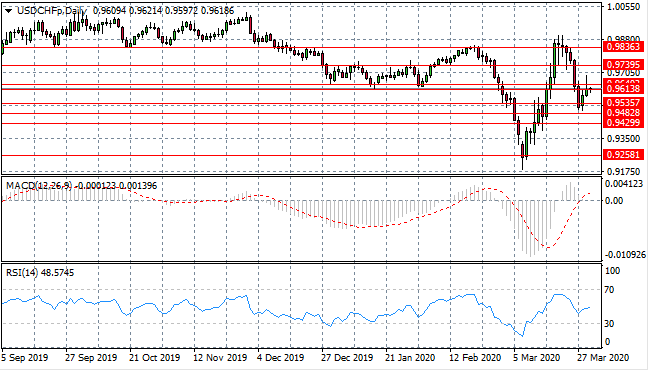 The USD/CAD sell-off was short-lived as buyers' appetite remains, with price action testing the ascending trendline. Sellers are still active, yet have been unable to drive the break of the trendline. Momentum indicators have moved away from overbought conditions. 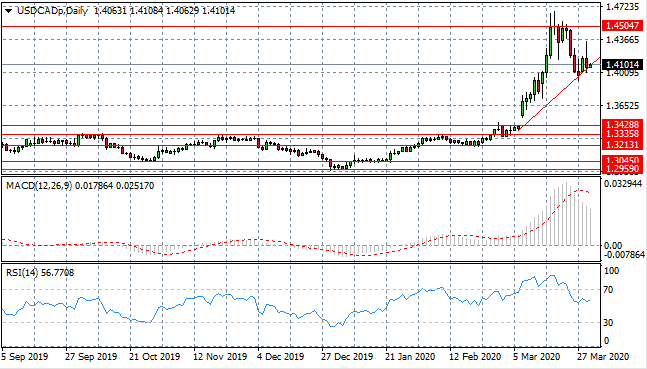 The Silver revival appears to have stalled at the 14.30 resistance line where a series of small-bodied candles have gathered. There appears to be a marginal bearish bias as price action has moved below the 14.30 price area, yet a lack of conviction from sellers has meant a stall in bearish moves. Momentum indicators have moderate upward trajectories. 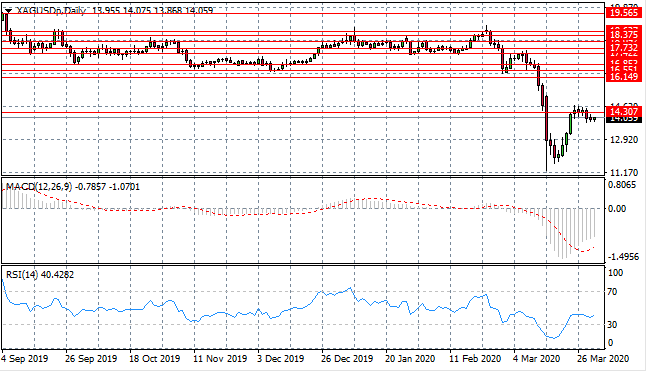 Gold sellers have awakened taken price action back below the 1600 range. Buyers have since returned and the 1592 price area may be the next test. Oscillations continue to widen in line with rising volatility. Any rally appears to be short-lived. Momentum indicators are languishing in neutral/bearish territory. 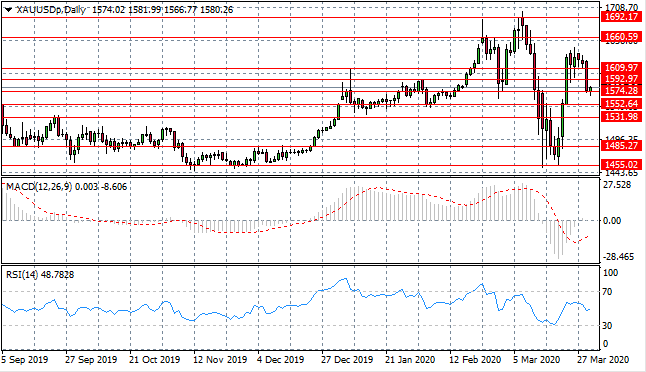 WTI prices remain at all-time lows testing the $20 per barrel range. The 22.76 support level continues to be tested yet a break has not been sustained. Price action will likely flat-line until another round of major news hits the markets. Momentum indicators have flattened in bearish territory with RSI hugging the 30 support level. 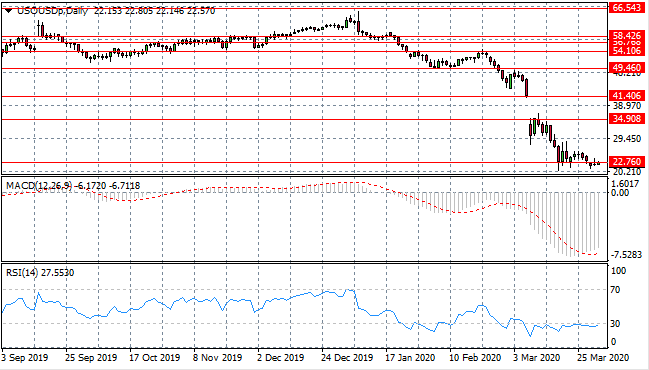