The USDJPY pair has enjoyed a bullish run in recent trading which resulted in the short-lived break of the 110.66 resistance line. Sellers have returned in the early Asian trading session and the previous range may remain intact.  Momentum indicators have turned bullish. 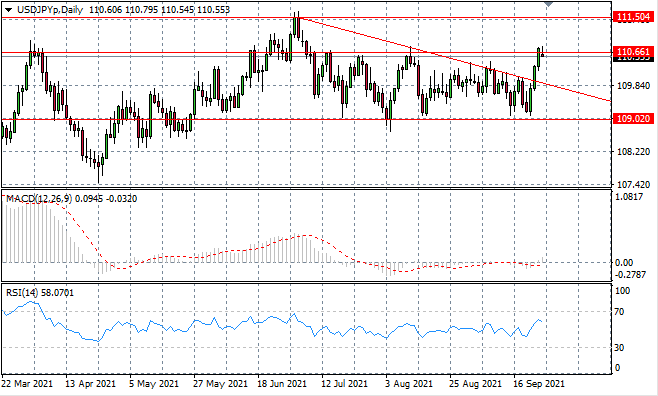 The GBPUSD pair has seen the return of sellers after an attempted rally failed to return price action even to the mid-line of the current trading range. Bearish sentiment persists and is present in the longer-term trajectory. The question is; can the 1.361 support level remain intact for much longer? 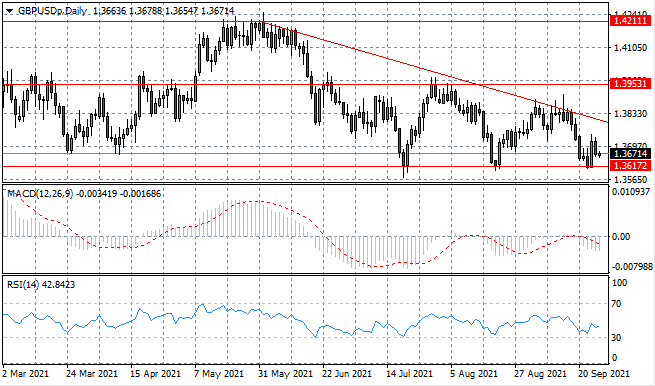 The Eurodollar has stalled at the 1.171 support level as neither buyers nor sellers are dominating price action and oscillations have begun to narrow. Given the longer-term trajectory, a bearish break has a higher probability, especially as the picture from a fundamentals perspective has worsened. 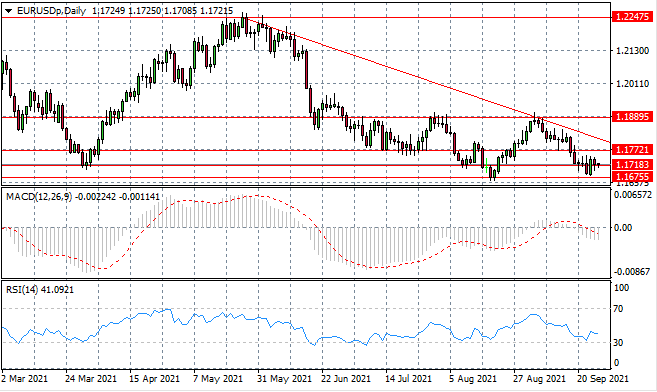 XAUUSD buyers will, once again, make an attempt at another rally. Conviction has typically been too low to drive any longer-term trend change and price action until now has been contained by the descending trendline. The 1753-1831 trading range will remain intact.

USOUSD has broken both the descending trendline and 73.50 resistance line as strong bullish conviction becomes apparent. An attempt will be made at the 75.74 price ceiling, where previously, a test resulted in an extended bearish move. Momentum indicators signal that the commodity is approaching overbought conditions.

The US500 is making a recovery after retracing from the 4545 price high. An extended rally had climbed almost uninterrupted until the more recent and moderate sell-off. Bulls have regained steam and another test of the price high could be on the cards. 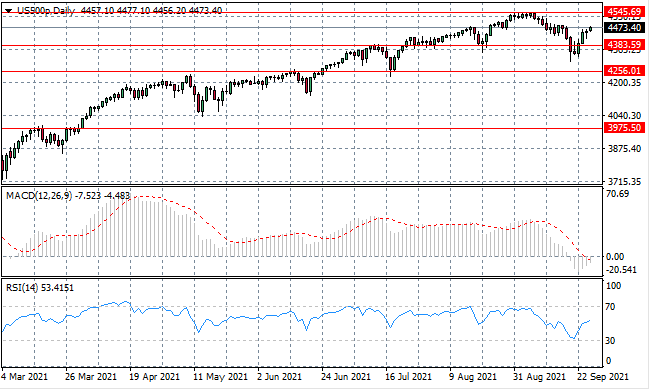 The ASX200 index is testing the 7399 price level as buyers have returned to drive a rally back from the 7138. Buyers’ conviction will need to be strong as the index faces two key resistance levels including the trendline. A failure to breach these resistance zones will likely give weight to a longer-term bearish bias. 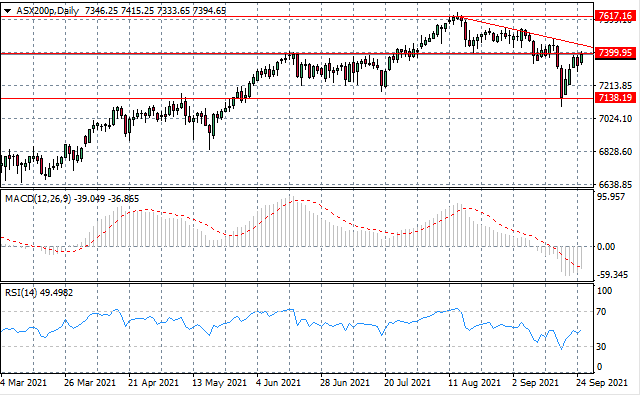