USOUSD To Break Into The $70 Per Barrel Range

USDJPY price action indicates that moderate bullish sentiment remains. Sellers are active in the pair, however, the rally is set to advance. An ascending triangle pattern indicates a bullish breakout will be on the cards as the pair moves closer to the apex. Momentum indicators have bullish trajectories. 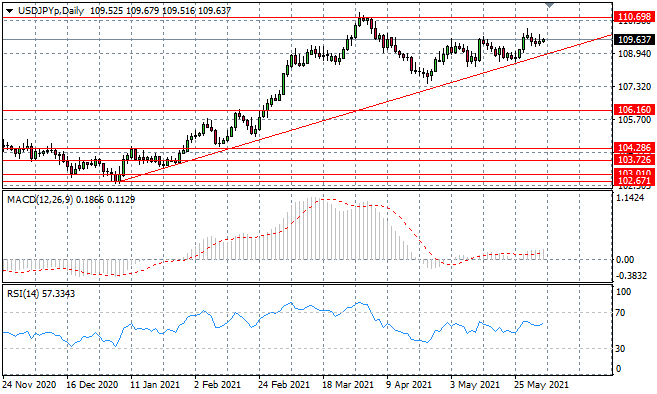 The GBPUSD pair is stuck at the 1.418 resistance level, as neither buyers nor sellers want to drive price action. The number of tests of the resistance area make a break seem inevitable, despite waning bullish momentum. Momentum indicators have flattened off in bullish territory. 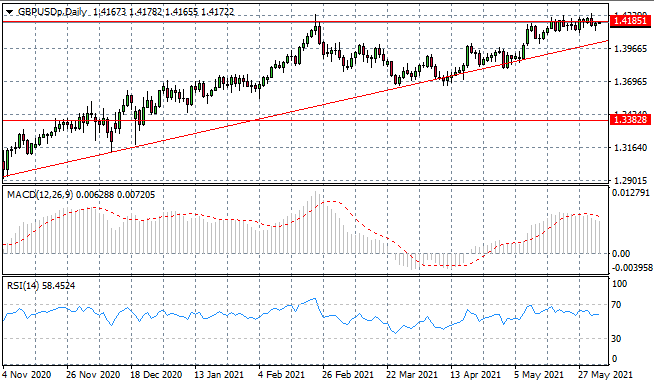 The Eurodollar has broken the ascending trendline, albeit with little conviction from sellers. Doji candles represent indecision and buying activity remains. The question is whether sellers can sustain the break and another drive another test of the 1.217 support level. Momentum indicators have stalled in bullish territory. 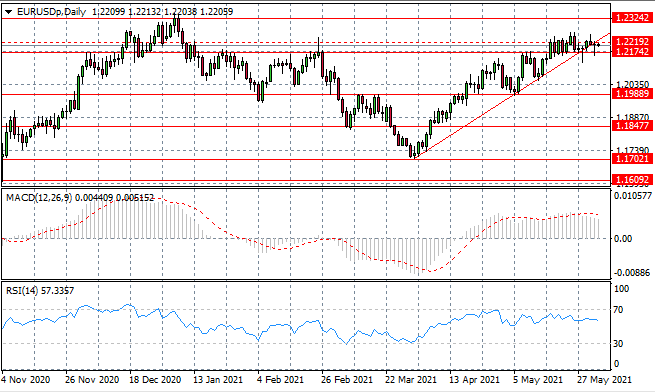 XAUUSD momentum appears to be slowing down, as small-bodied candles since the break highlight waning bullish sentiment. Therefore, there may not be enough weight behind the current move to return to a recent high at the 1950 price level. Momentum indicators are flattening in bullish territory and a reversal may be imminent. 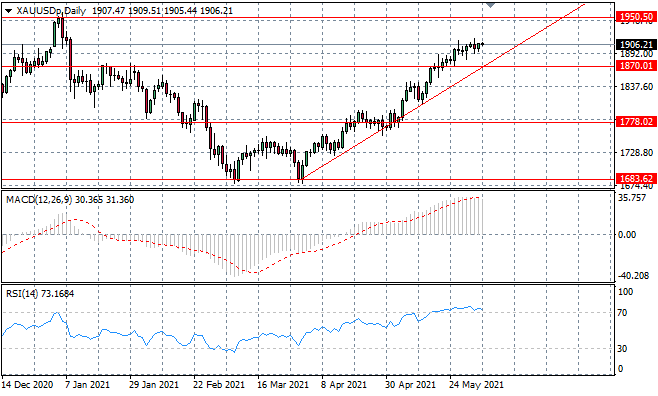 USOUSD has broken out of the 66.75 resistance level and ascending trendline, which indicates strong bullish sentiment for the commodity. A break of the psychological $70 per barrel range may result in a acceleration of the rally. Momentum indicators have bullish trajectories, though RSI is approaching overbought conditions. 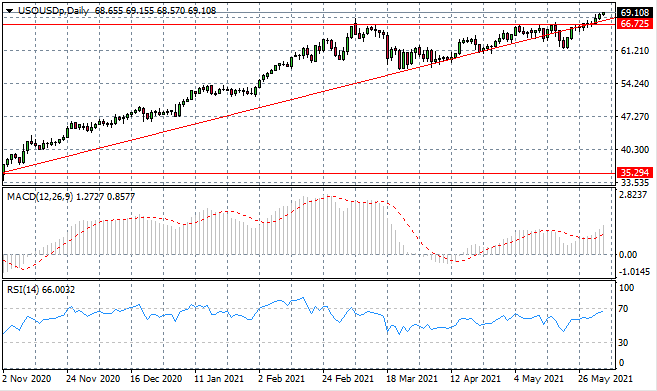 The WS30 index is moving closer to a recent ceiling at the 34,864 price level. Previously, price action has rejected this price level and given the waning bullish sentiment into the move, a break seems unlikely at this point. Momentum indicators suggest there is further upside potential, yet have stalled in bullish territory. 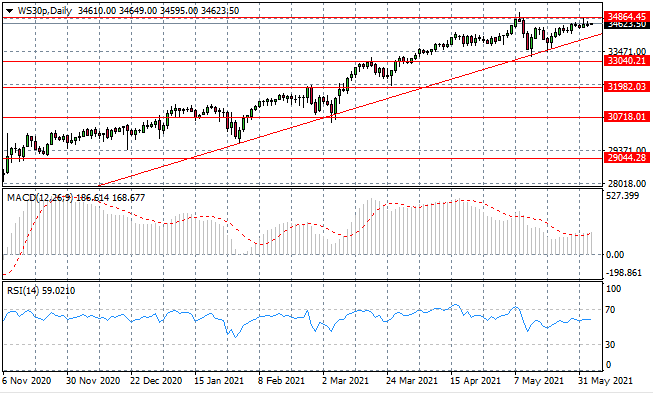