The USDJPY pair had begun to pullback in yesterday’s trading, yet price action indicates that bullish momentum is revived and another test of the 113.58 resistance line is underway. Repeated tests increase the probability of a break.  Momentum indicators have pulled back to the 70 overbought line. 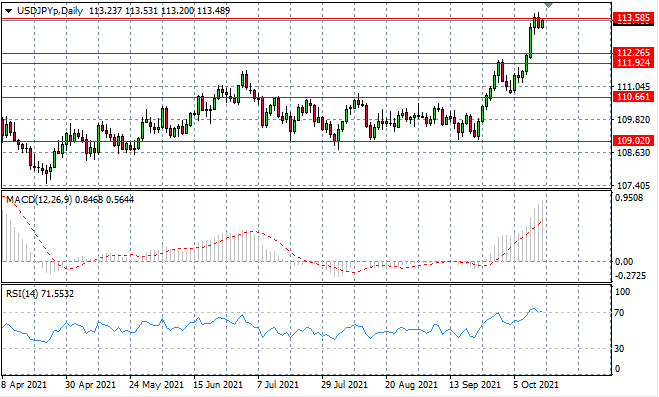 The GBPUSD pair has finally broken the 1.361 resistance line after several failed attempts. Strong bullish conviction in yesterday’s session has taken the pair back towards the descending trendline. Momentum indicators support the rally with upward trajectories. 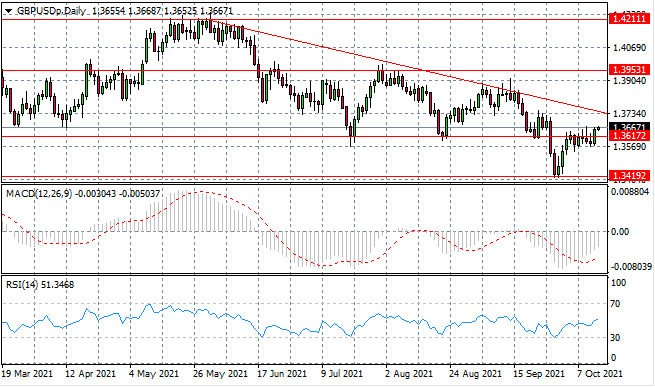 The Eurodollar has begun a bullish recovery which has taken price action back towards the 1.161 resistance line. A break would give weight to the rally and confirm a reversal. Momentum indicators are also undergoing bullish reversals. 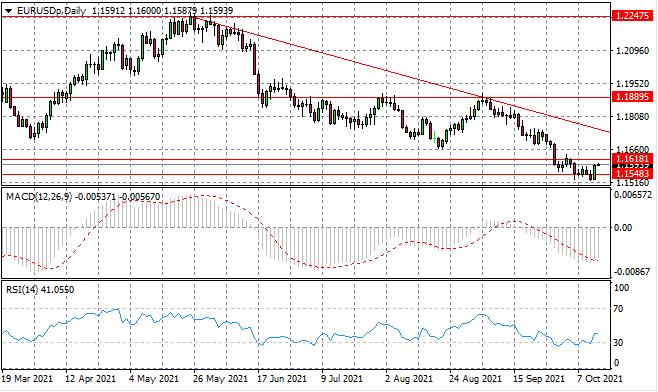 The USDCHF has plummeted back towards the 0.922 support level as a sharp rise in selling pressure in yesterday’s trading thwarted the bullish move. Typically, bullish rebounds take place at this support level, therefore the current range appears likely to remain intact. 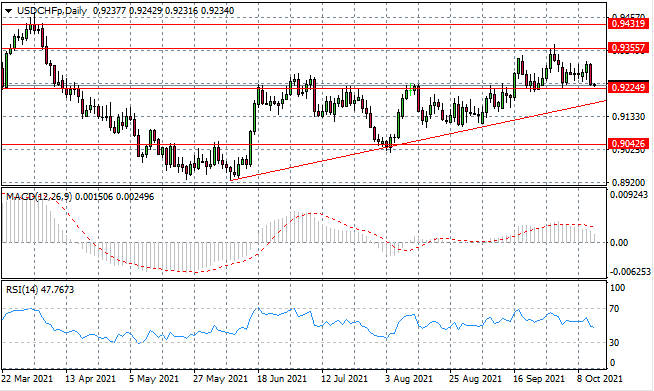 The USDCAD is making another attempt at the 1.243 support level after a stall in the previous bearish move. The support level represents the lower bound of the current range which has been intact since July, therefore significant bearish conviction will be required to drive a break. 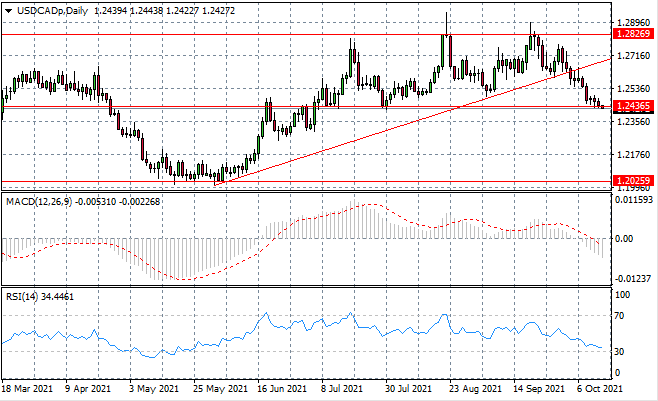 XAUUSD is testing the descending trendline after strong bullish momentum in yesterday’s trading resulted in a move back to this resistance zone. Typically bearish rebounds take place at this resistance area and sellers are active in the early Asian trading session. 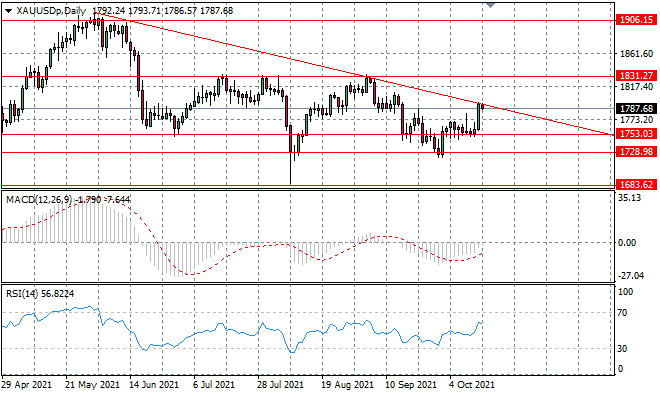 The USOUSD has stalled at the $80 per barrel range as the price line becomes a psychological level for the commodity. Buyers appear to have lost steam yet doji candles indicate that sellers also lack the appetite to dominate price action. RSI has flattened at the overbought line. 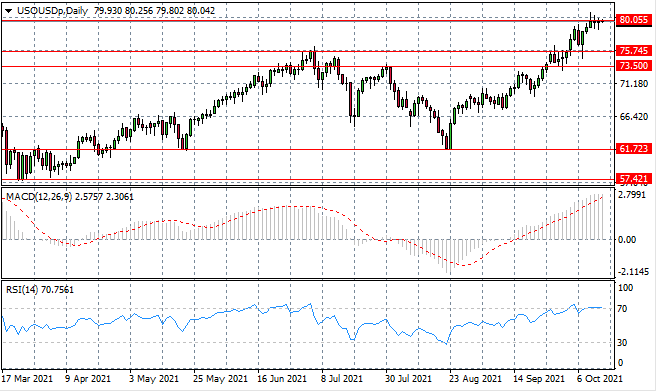