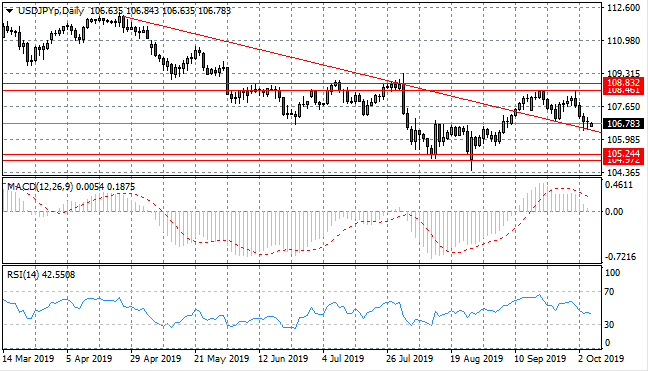 The Eurodollar has recovered; taking price action to break the 1.096 price line and to test the descending trendline. On previous occasions, when price action has hit this resistance level,  a pullback has generally occurred. Momentum indicators are returning from strongly bearish positions, with moderate upward trajectories. 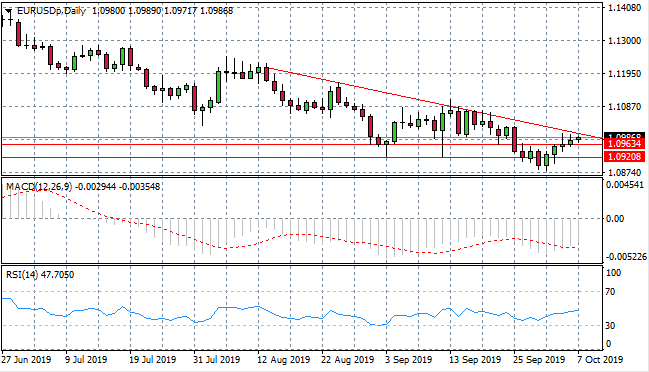 The GBP/USD pair continues to test the 1.228 support level with a series of doji/small-bodied candles representing indecision, as markets anticipate the outcome of upcoming geopolitical events. Momentum indicators are bearish/neutral with MACD heading towards the zero line and RSI flattening at the default line. 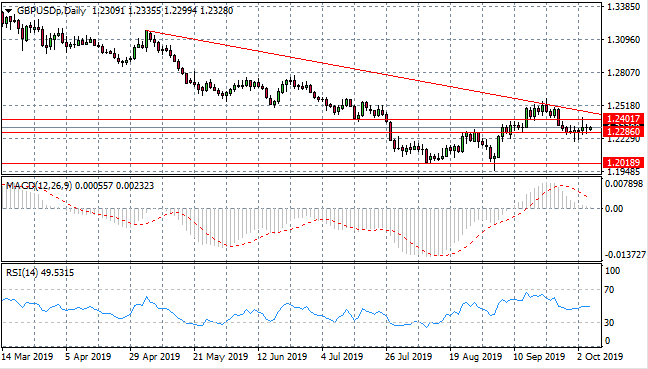 The USD/CHF pair is continuing its rally yet there have been a number of pullbacks in the uptrend. Price action is now testing the 0.993 support level as selling pressure has risen recently. Long-term sentiment remains bullish as expressed by the ascending trendline. Momentum indicators reflect the declining bullish sentiment yet remain in buy channels. 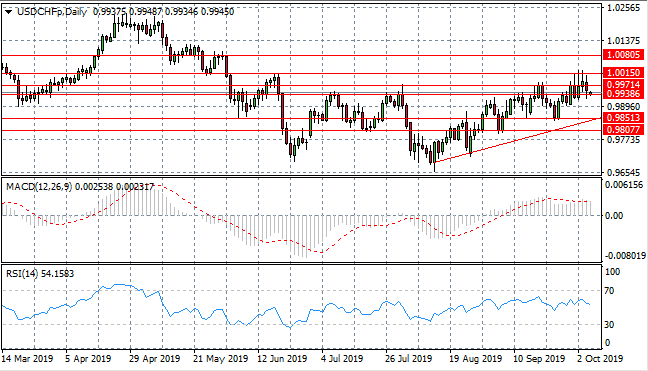 The USD/CAD pair has undergone a bullish breakout and is now testing a previous resistance area at the 1.333 price level which, as on previous occasions, has resulted in a pullback in price action. The next target is the 1.328 support level. Momentum indicators have bullish trajectories. 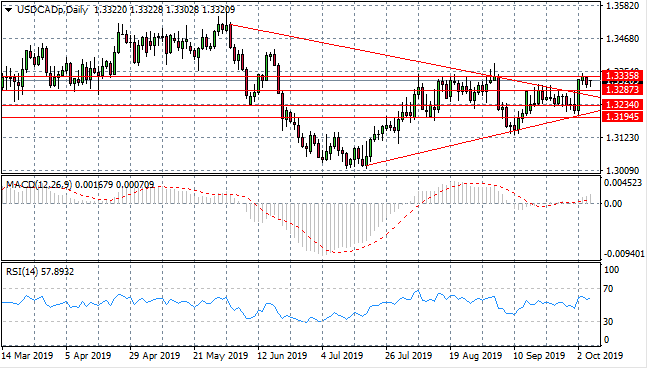 Silver has broken the 17.42 resistance area and price action may climb back towards the descending trendline. A series of doji candles represent indecision in the pair. The metal remains in a symmetrical triangle pattern and is approaching the apex where a breakout is likely. Momentum indicators remain in neutral/bearish territory. 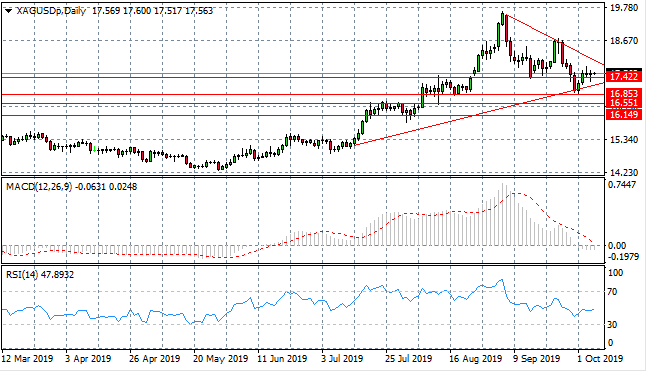 Gold has broken both the 1485.27 price level as well as the ascending trendline, which is acting as a support level for the metal. Despite the break, relative indecision remains in the pair, denoted by small-bodied candles. The 1523.89 price level is the next target. Momentum indicators are languishing in neutral territory. 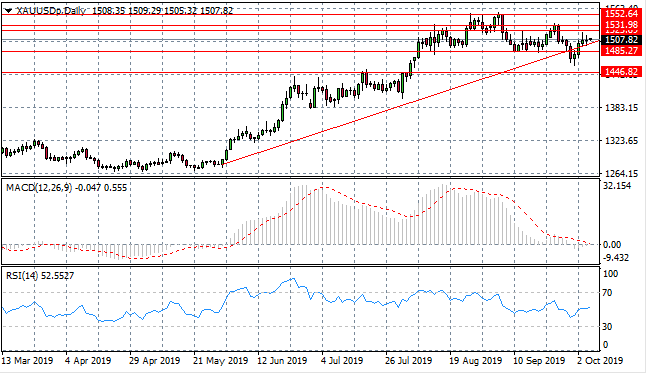 WTI price is now testing a key support area at $52 per barrel price area. Despite a spike lower towards the $50 per barrel range, price action settled around the 52.17 price level. The commodity is sensitive to geopolitical developments and hence volatility will likely continue. Momentum indicators have bearish trajectories, with RSI approaching oversold conditions. 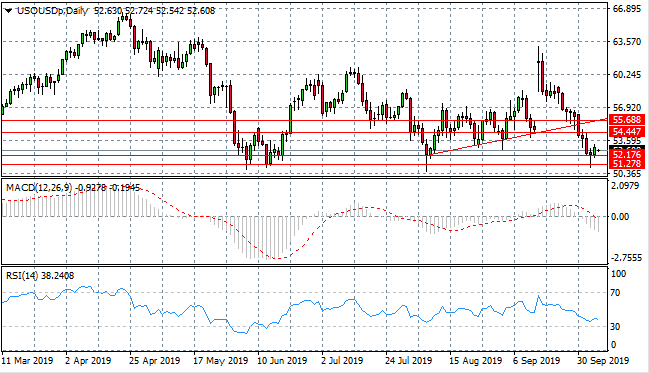