The USD/JPY pair has seen the return of US Dollar buyers which has taken the pair back through a series of resistance levels to test the 109.25 resistance line. Almost all of the drop in price action has been recovered from a spike in buying pressure. Momentum indicators have turned bullish; recovering from oversold conditions. 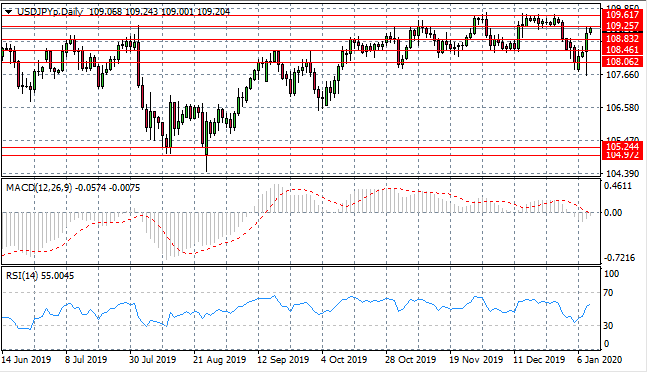 The Eurodollar has pulled back further to break the 1.112 support level. Yet the break has inspired the return of buyers in early trading. On previous occasions, pullbacks have dropped no further than the ascending trendline, where buyers have tended to return. Momentum indicators have bearish trajectories. 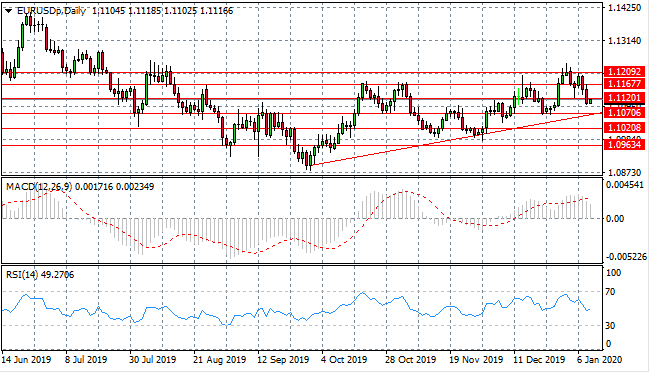 The GBP/USD pair is languishing around the 1.309 support level and the ascending trendline where on previous occasions, buyers have returned. A breakout may be imminent given the narrowing of price oscillations. Volatility is expected as Brexit plans are finalized. Momentum indicators have flattened in bullish territory. 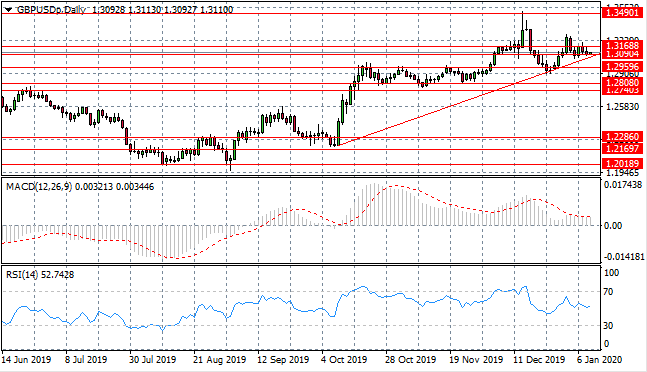 The USD/CHF sell-off has reversed as buyers have returned to the US Dollar with conviction. The move has also resulted in a break of the 0.971 resistance level. The next target is the 0.978 price level. Momentum indicators are beginning to recover from oversold conditions. 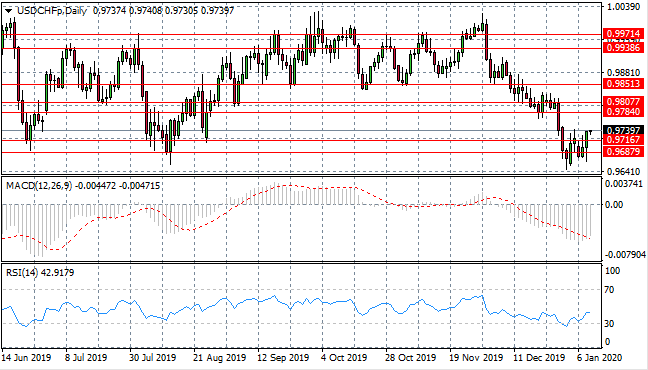 The USD/CAD pair is beginning to reversal a strongly bearish position, moving away from a multi-year low at the 1.295 support level. The next target is the 1.302 resistance level, although there is still significant selling activity which has resulted in price action closing below the resistance line. Momentum indicators have flattened in oversold conditions. 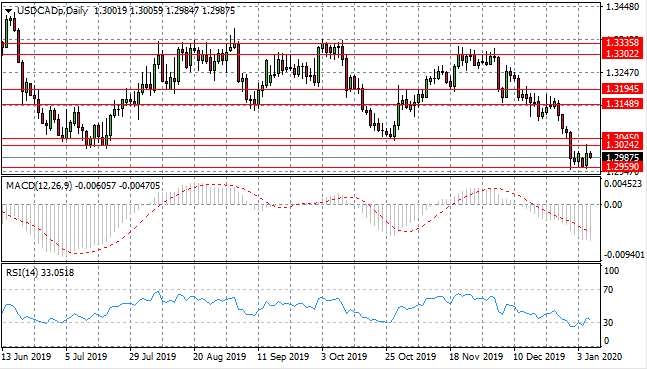 Silver bulls have been tempered with a rise in selling pressure and despite price action spiking through the 18.62 resistance level, a full break has not occurred. As such, the metal has returned to test the 18.09 price line. Momentum indicators have decelerated and are pulling back from overbought conditions. 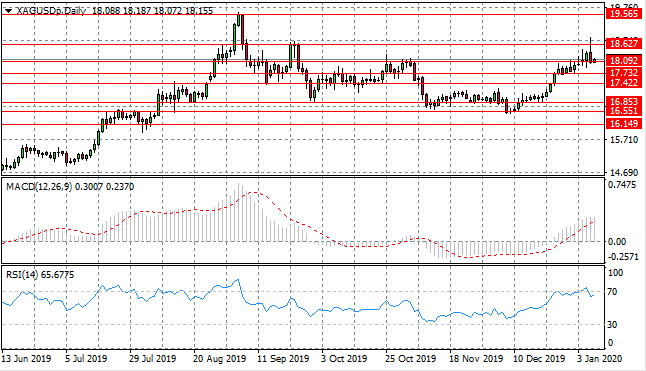 Gold sellers have returned to the metal and despite reaching the 1611 price level in yesterday's trading, price action has returned to test the 1552 support level. Geopolitical tensions remain high, therefore we are likely to see more volatility in this safe haven asset. Momentum indicators are returning from strongly overbought conditions.

WTI price action has spiked through to the $65 per barrel range. The move has resulted in a push back towards the 59.18 support level and hence a return to a previous trading range. The overall trend is bullish and any pullbacks may only go as far as the ascending trendline. Momentum indicators are pulling back from strongly bullish positions. 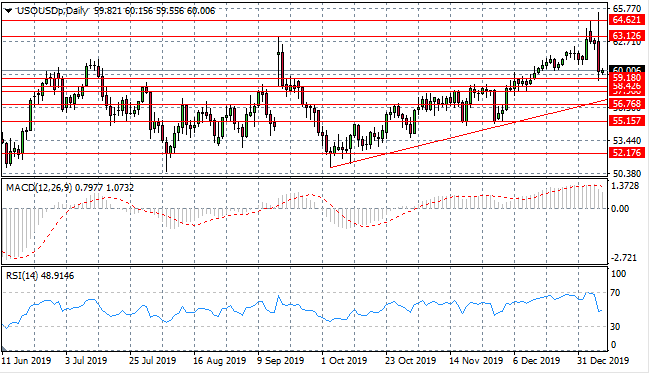