A Bullish Rebound For JP225?

The USDJPY has broken the 108.55 support level and is fast approaching the ascending trendline. A stall after the break signals waning bearish momentum. The trendline represents a strong support area, where typically, bullish rebounds occur. Momentum indicators have downward trajectories. 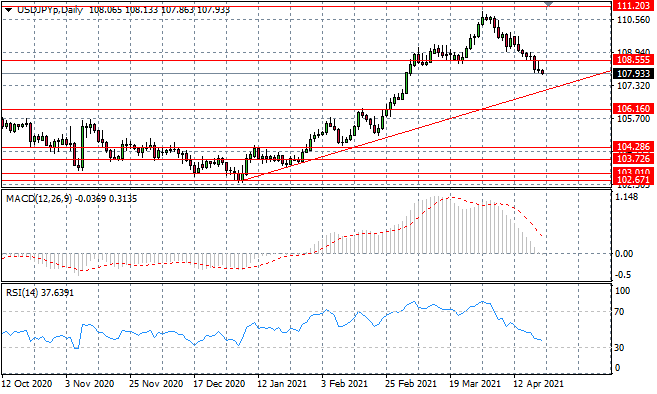 GBPUSD buyers will have a struggle to drive a rally as highlighted by the return of sellers in yesterday’s trading. Moves remain moderate, however, so the pair seems likely to languish in the current trading range, with the trendline acting as support. Momentum indicators are bullish, with MACD breaking the zero line. 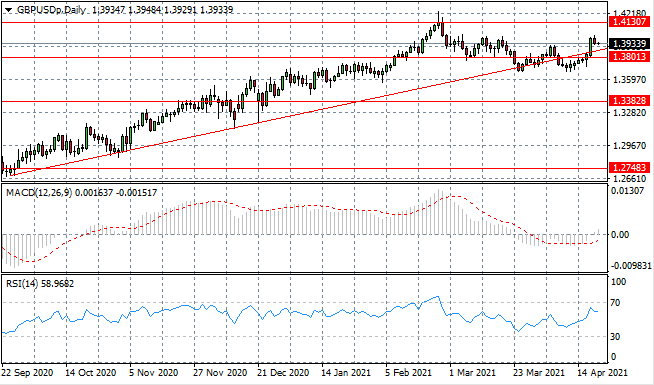 The Eurodollar has stalled once again at the descending trendline as selling pressure rose at this key resistance area. The next few trading sessions will determine buyers’ resolve. Momentum indicators are bullish with RSI flattening just below overbought conditions. 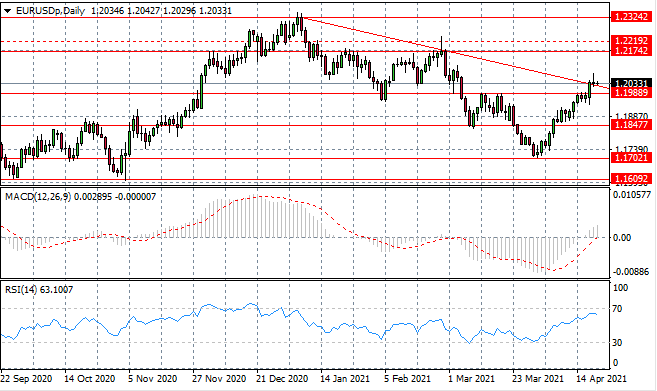 The USDCAD has found support and is now heading back to test the 1.263 resistance level. This price area remains an obstacle for buyers in recent trading, as several attempts to test the resistance area have resulted in a pullback. Momentum indicators are bullish with MACD testing the zero line. 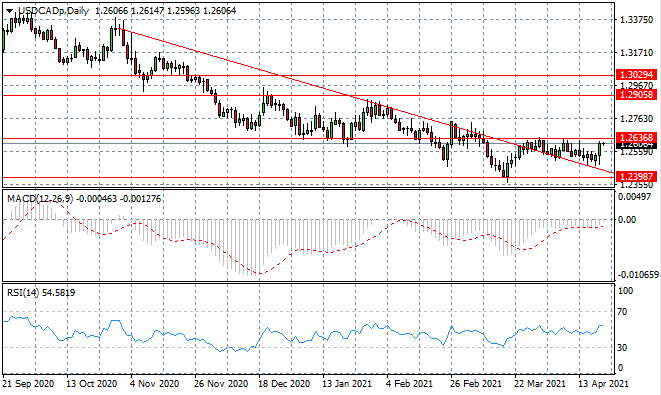 XAUUSD continues to test the 1774.35 price level, as neither buyers nor sellers are dominating price action and a series of small-bodied candles indicate indecision. Momentum indicators suggest bullish sentiment is strong, with sharp upward trajectories. 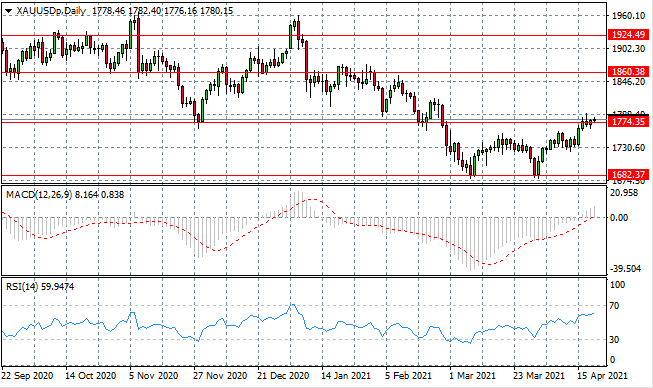 USOUSD looks set to pull back to the ascending trendline, once again, after several tests of the 63.35 resistance line. On previous occasions, pullbacks to the trendline have resulted in the return of buyers. Momentum indicators have flattened in bullish territory.

The JP225 index may be set for a bullish rebound, given each previous test of the 28,532 support level has followed the same pattern. Selling activity has risen significantly in recent trading which may facilitate a break. Momentum indicators support the notion of a rebound as bearish moves have taken RSI towards the oversold line. 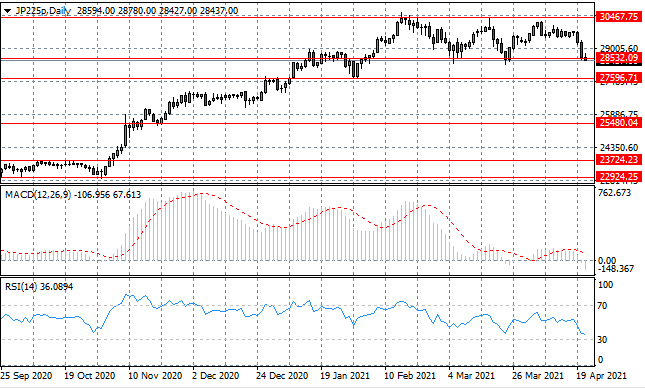