The USDJPY has stalled at the 109.09 price level which was previously an obstacle for buyers. A longer-term uptrend has been established since the beginning of January 2021 and despite breakdowns in the rally, the ascending trendline has remained as a key support level. Momentum indicators are bullish. 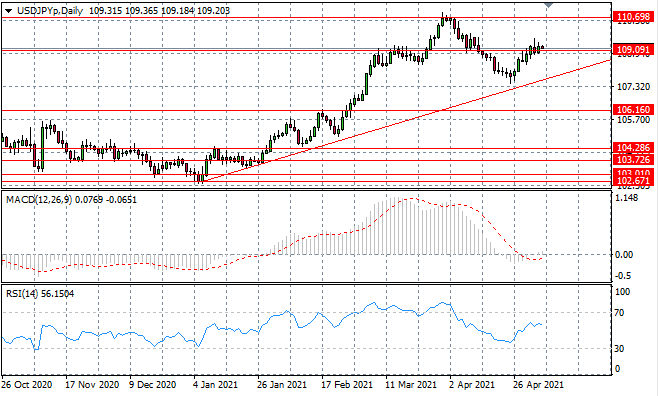 The GBPUSD pair continues to hug the ascending trendline as the pair moves upward towards the 1.413 ceiling. Several failed break attempts suggest that currently, sellers lack the conviction to drive a trend change. Momentum indicators are moderately bullish. 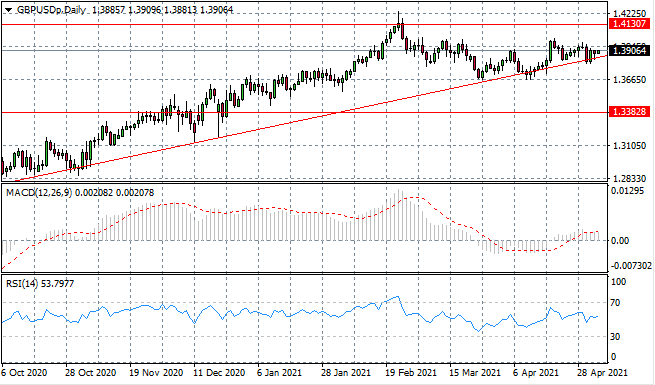 The Eurodollar has pulled back to the descending trendline and the 1.198 support level as bearish sentiment appears to be rising. A break would confirm a resumption of the previous downtrend. Momentum indicators signal a reversal. 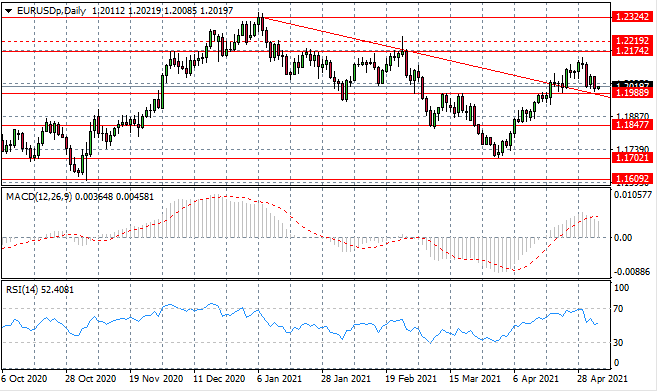 USDCHF buyers appear to be gaining traction mid-range between the 0.904 and 0.922 price levels. Selling pressure remains, therefore significant conviction from buyers is required to move back towards the 0.922 resistance area. Momentum indicators are bullish. 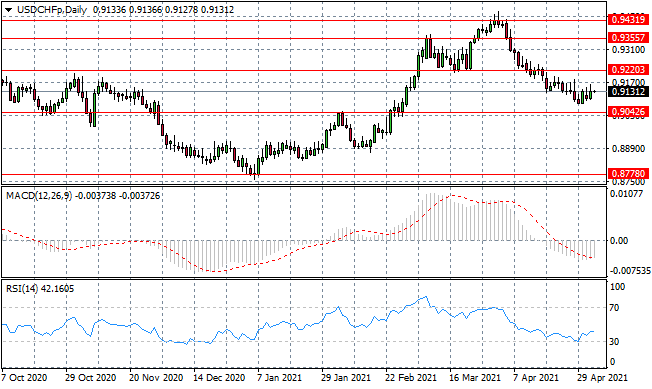 XAUUSD has once again failed to build any true bullish momentum to facilitate a rally. Price action is glued to the 1778/ descending trendline cross. A resumption of the bearish moves seem likely unless buyers can find the strength to drive a rally. Momentum indicators have flattened in bullish territory. 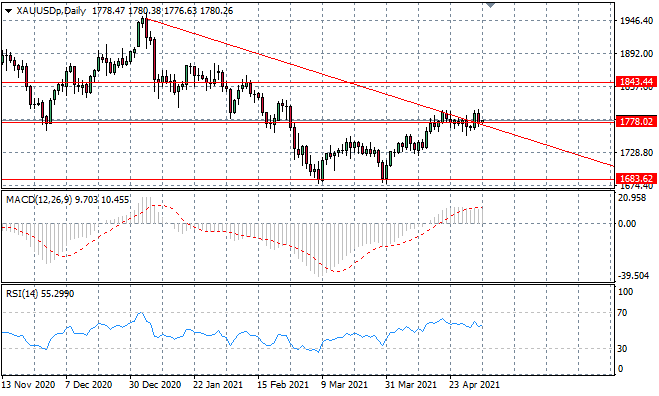 The USOUSD has found support once again test the price ceiling at the 66.72 level. Long-term bullish sentiment is well-established, yet short-term, buyers have failed to gain traction with price action being contained in the $60 per barrel rang. Momentum indicators have upward trajectories. 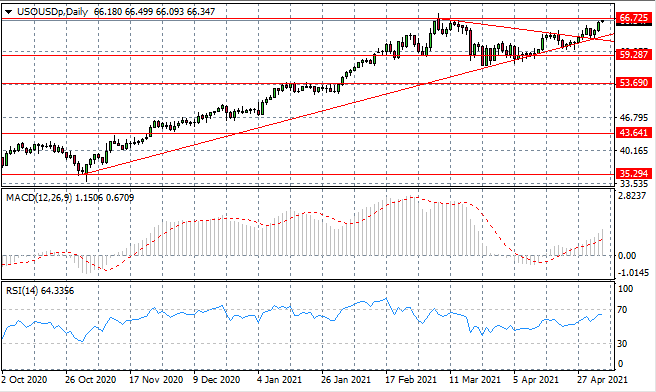 The US500 has stalled at the 4203 price ceiling as a series of small-bodied candles indicate waning bullish momentum. Sellers do not appear to have the appetite currently, to drive a reversal and as such, pullbacks will likely only go so far as the ascending trendline. Momentum indicators are beginning downward trajectories. 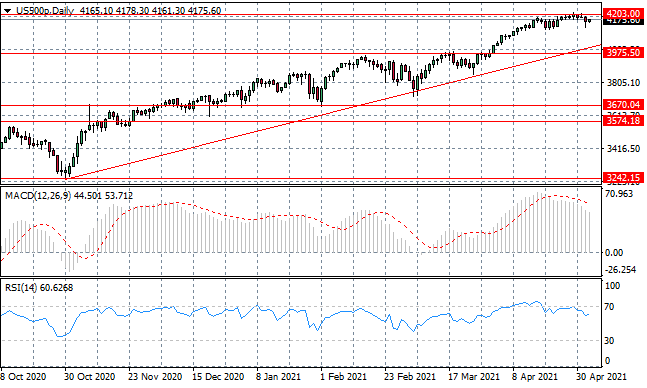