A Reversal Imminent For The NDX100?

The USD/JPY pair is oscillating within a descending triangle pattern, with descending trendline representing a strong resistance area. A break above the 104.29 resistance line will likely stall at the trendline. Further downside is expected for this pair going forward. Momentum indicators have flattened in bearish territory. 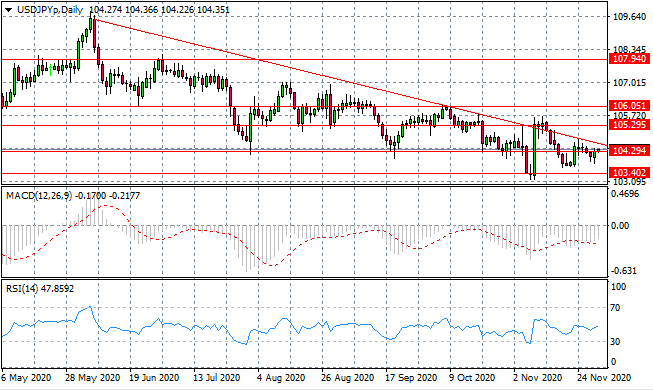 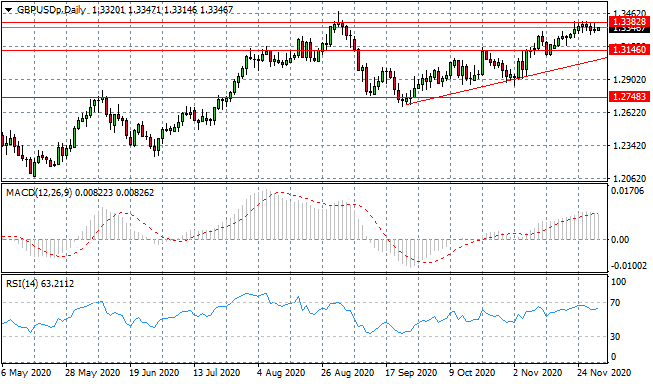 A break of the 1.192 resistance area has resulted in subdued price momentum for the Eurodollar. A strong rally has been developing since mod-May and given the inherent dollar weakness we may expect this sentiment to continue. The pace of climb may be less steep especially in light of potential stimulus. Momentum indicators have upward trajectories. 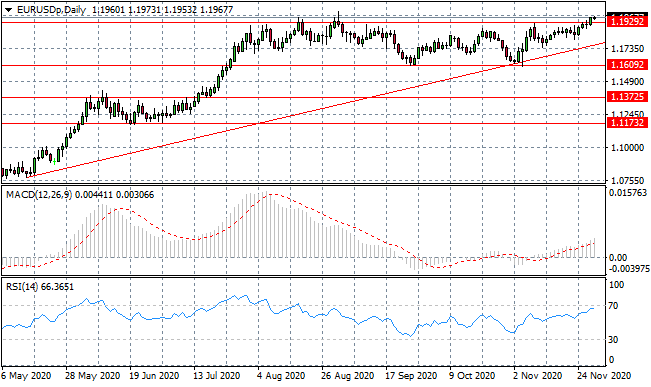 The USDCHF pair has rebounded, once again, from the 0.903 support level. However, the pair is only likely to return to a previous consolidation channel in the near-term. Given the pattern of price action we may predict another test of the support level. Momentum indicators are bearish with further downside potential. 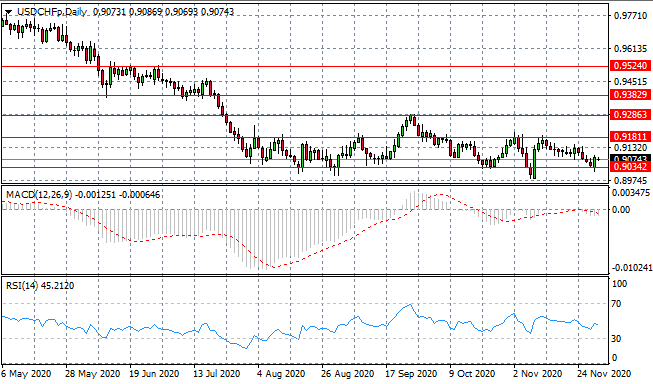 The WS30 has repeatedly tested the 30,035 price area and in the absence of significant pullbacks, a break seems imminent. A consolidation range between the 29,044 and 30,035 price levels is currently containing price action, which is making higher lows. We don’t foresee sellers dominating in the near term. Momentum indicators have flattened in bullish territory. 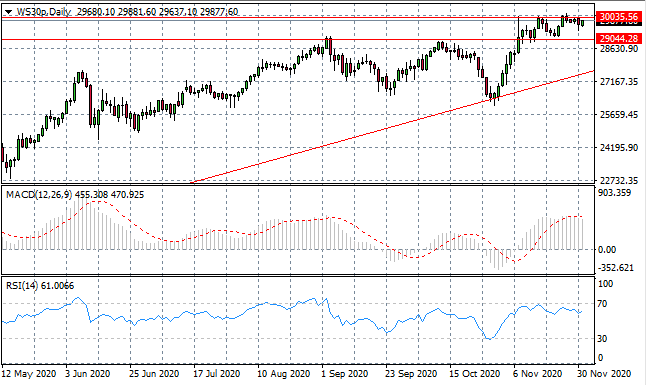 The NDX100 has tested the recent high of 12,423 on at least two previous occasions. However, a dragonfly doji in yesterday’s trading suggests the current rally may reverse or at least, pullback depending on sellers’ appetite. Momentum indicators have upward trajectories with RSI approaching overbought territory. 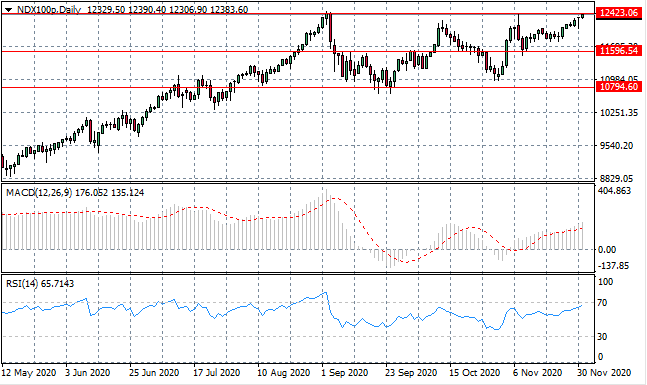 The HK50 has reversed recent gains to take price action back towards the 25,942 support line. A stall has occurred in today’s trading. Hence the move may be more indicative of a pullback than a full reversal, especially considering fundamental factors and the already established long-term rally. Momentum indicators show a deceleration in bullish sentiment, with RSI pulling back below the 70 resistance line. 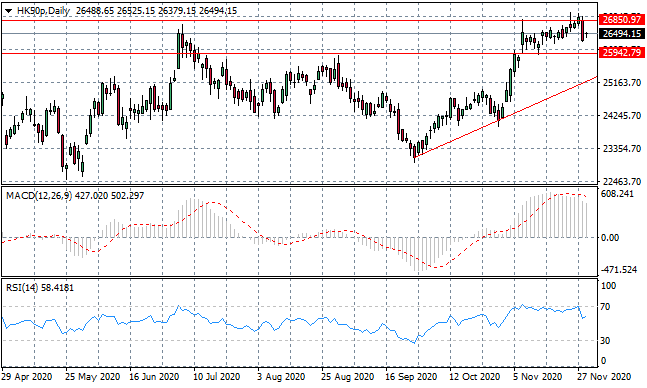