The USD/JPY pair appears to undergoing a reversal as selling pressure has risen significantly in the last two trading sessions. A return to a previous range between the 104.28 and 105.40 price levels will likely see the pair consolidate in the near term. Momentum indicators are also undergoing reversals with RSI pulling away from overbought conditions. 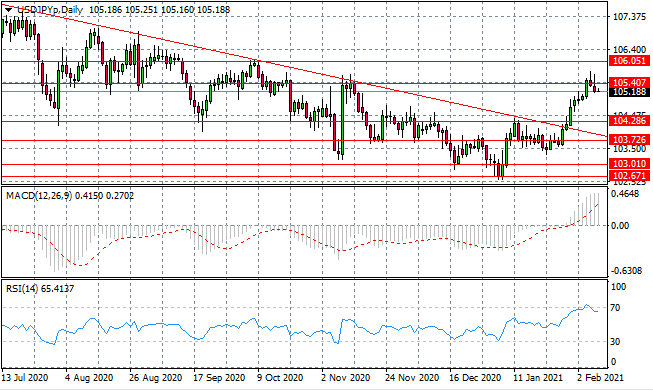 The GBPUSD rally is starting to find support after a period of rest and then a subsequent break of the 1.368 resistance line. Previous bullish attempts have been short-lived, therefore buyers’ conviction will be tested. Longer-term sentiment remains bullish. Momentum indicators indicate further upside potential. 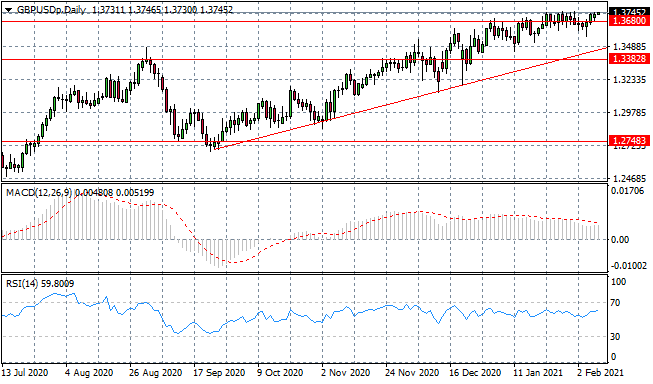 The Eurodollar has be unable to break back above the ascending trendline indicating that currently, sentiment has become more bearish. A consolidative range between the 1.192 and 1.214 price levels will likely represent the upper and lower bound of price action in the near-term. Momentum indicators have flattened in bearish territory. 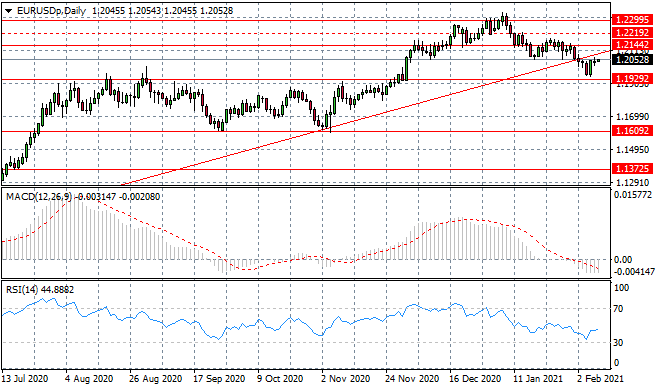 The USDCHF pair has stalled at the 0.898 support line as sellers are reluctant to dominate price action. This price level may therefore remain sticky for the pair as it enters into another period of consolidation. Momentum indicators appear to be undergoing reversal with RSI pulling back from overbought conditions. 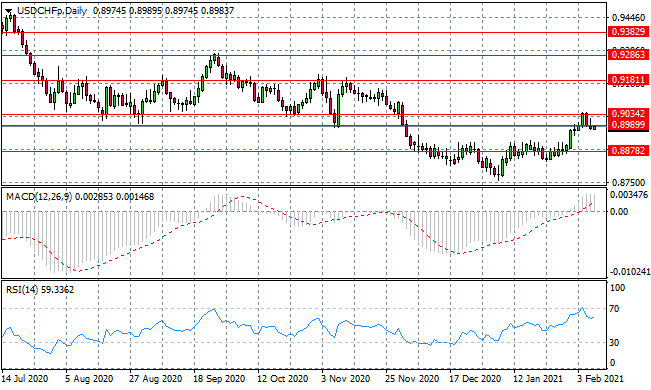 The USDCAD is moving closer to the apex of a descending triangle where we may expect a bearish breakout at the 1.263 lower bound. Several tests of the triangle ceiling have resulted in rejections. Further, the pair’s correlation with oil will likely result in further downward pressure especially as oil continues to soar. Momentum indicators are neutral/bearish territory. 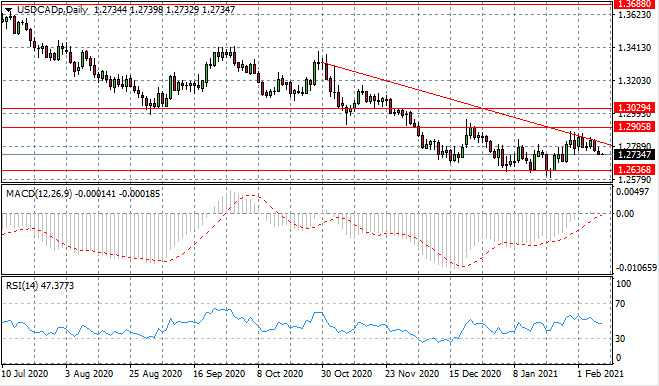 The XAUUSD may consolidate in the current range between the 1778-1829 price levels, as another test of the resistance level has yet to result in a break. Further, the pair is moving back towards the direction of the descending trendline where typically the pair pulls back. Momentum indicators have stalled in bearish territory. 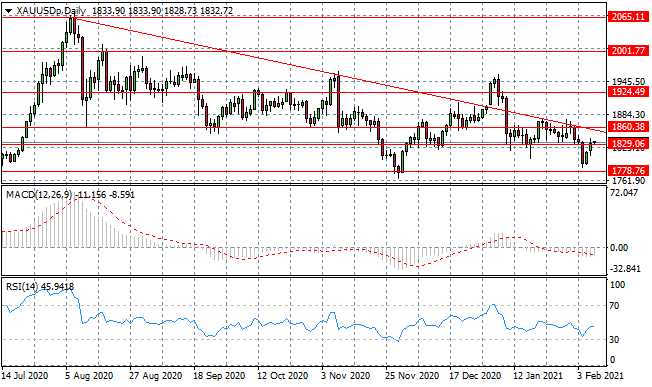 The NDX100 has broken the upper bound of an ascending triangle which should result in further moves higher for a well-established long-term rally, that has been forming since October 2020. The index will probably continue its moderate bullish trajectory. Momentum indicators are bullish and have flattened just below overbought territory. 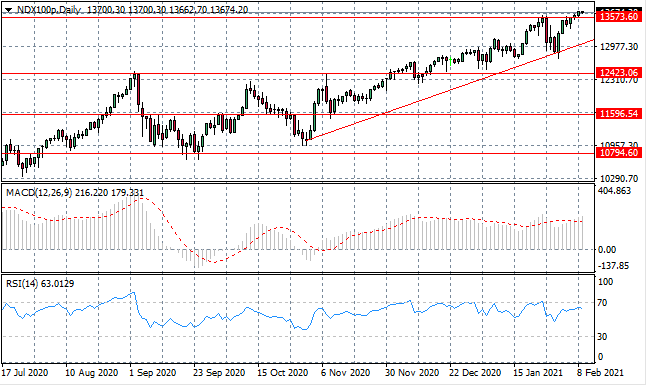