The Eurodollar Finds Support At End Of Trading Week

USD/JPY buyers have failed just below the 111.64 hurdle where buyers have returned to bring price action towards the 110.19 support level. A new and tighter trading range may be established between the 110.19 and 111.64 price levels. Momentum indicators have upward trajectories with MACD breaking the zero line and RSI falling just short of overbought territory. 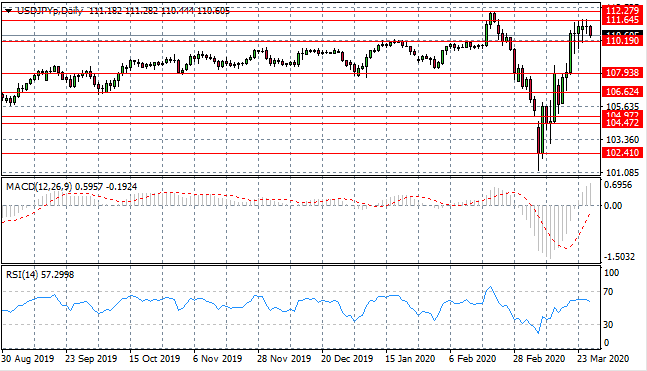 The Eurodollar reversal appears to be gaining traction with a test of the 1.089 resistance level, which may result in a return to a previous trading range. Momentum indicators remain in bearish territory, yet RSI is recovering from oversold conditions. 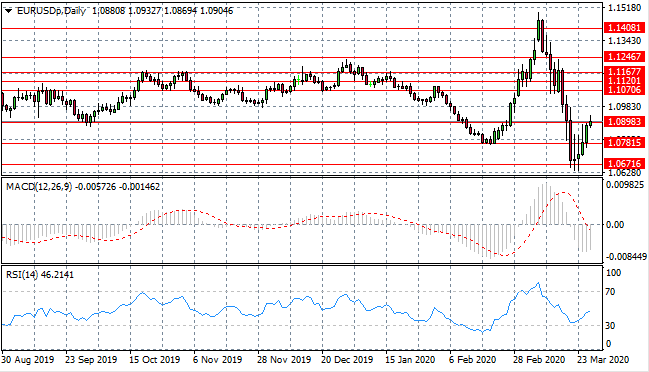 The GBP/USD recovery is beginning to build momentum which is taking price action back towards a longer-term support area at the 1.201 price level. Momentum indicators are also undergoing a reversal, with RSI recovering from oversold conditions forming a break of the 30 support level. 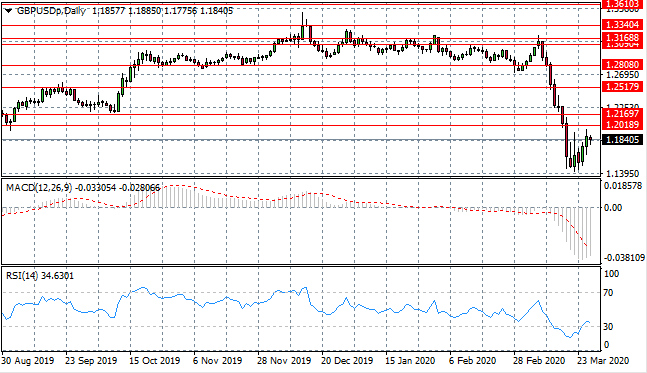 The USD/CHF pair has found a hurdle at the 0.983 resistance area, where sellers have returned taking the pair back towards the 0.973 support level. The move represents a completion of the reversal after the most recent sell-off and price action may now stabilize. Momentum indicators have upward trajectories, yet RSI has fallen short of overbought territory. 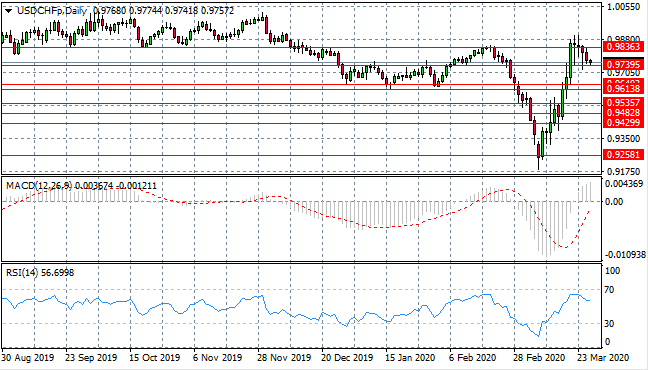 The USD/CAD rally stalled at the 1.450 resistance area as sellers returned with gusto in yesterday's trading session. The pair may remain at elevated levels until some resolution of the COVID-19 virus situation appears. Momentum indicators support the bearish bias with a break of the 70 overbought line on RSI and momentum reversal on MACD. 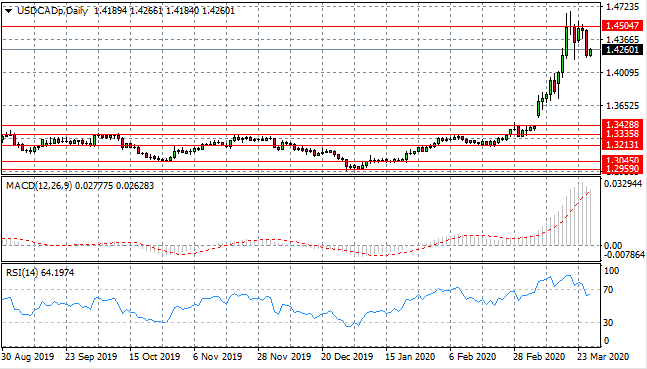 The Silver revival appears to be gaining traction with buyers beginning to gather momentum. The metal has met an obstacle at the 14.30 resistance line where sellers appear to have returned at least to limit upward momentum. RSI has broken the 30 oversold line to the upside and MACD is undergoing a momentum reversal. 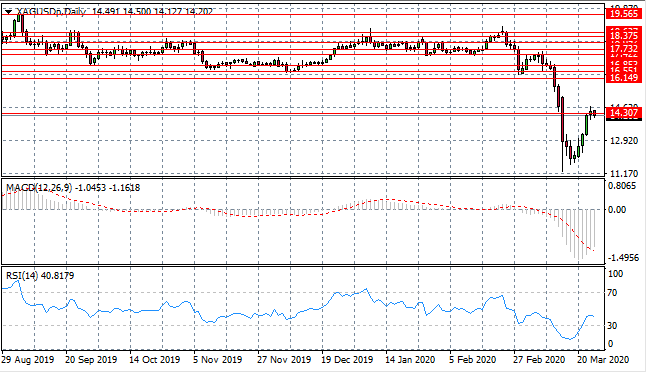 Gold has pulled back after a buying frenzy in response to the prospect of more stimulus. A pullback to the 1592 price area has resulted in a break of the 1600 range. Whether the pullback is a potential catapult for further buying activity remains to be seen. Momentum indicators are mixed with RSI stalling in neutral territory and MACD remaining in bearish territory. 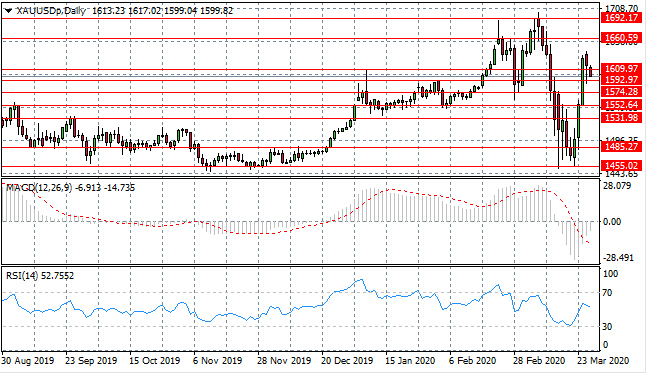 WTI prices remain at all-time lows testing the $20 per barrel range yet a bounce back has started albeit at a moderate pace as currently, buyers appear to lack conviction. The next obvious target is the 34.90 resistance line which also represents the gap fill line a potential price recovery. Momentum indicators have flattened in bearish territory with RSI hugging the 30 support level. 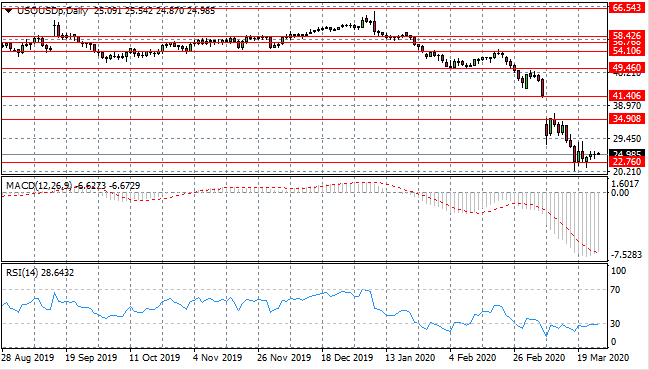