US Dollar Weakness Despite Fed Intervention

USD/JPY buyers have found an obstacle in the 111.64 price level. A series of doji candles represent indecision and often come before a trend reversal. Given the bearish bias in today's trading, price action may head back towards the 110.19 support level. Momentum indicators have upward trajectories with MACD breaking the zero line and RSI falling just short of overbought territory. 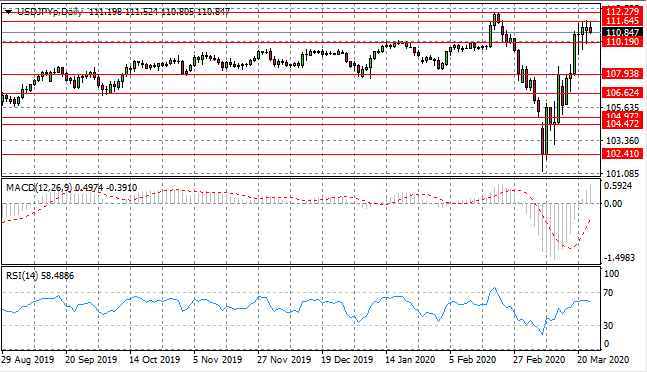 The Eurodollar is undergoing a price reversal with a break of the 1.078 resistance level. If the break can be sustained and price action can move to test the 1.089 price line, a full reversal is confirmed. Momentum indicators remain in bearish territory, yet RSI is recovering from oversold conditions. 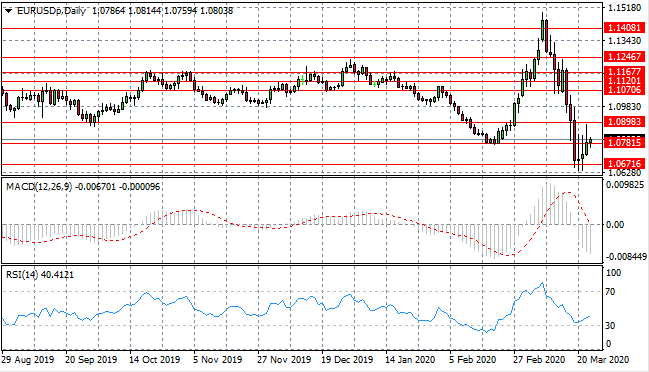 The GBP/USD pair is also beginning a price reversal as buyers return in numbers to lift price action towards the 1.201 support area. Momentum indicators also support the reversal, with RSI testing the 30 oversold line and MACD stalling in bearish territory. 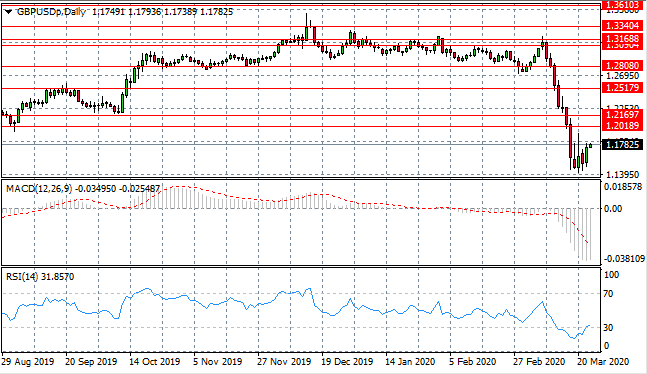 The USD/CHF pair has found a hurdle at the 0.983 resistance area, where sellers have returned. Price action has broken to the downside resulting in a rise buying pressure in yesterday's trading. The next target is the 0.973 support level. Momentum indicators have upward trajectories, yet RSI has fallen short of overbought territory. 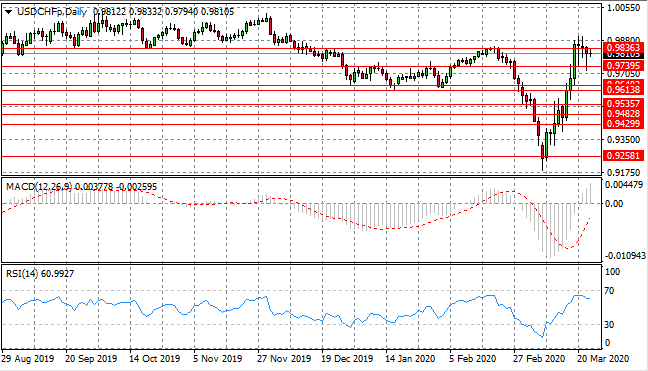 The USD/CAD rally appears to have come to an end as sellers have returned to the pair and a reversal appears to be underway. Given the prolonged nature of the coronavirus spread, the question is whether the reversal can last, given the influence of fundamental factors. Momentum indicators remain in bullish territory however RSI has turned back towards the 70 resistance line. 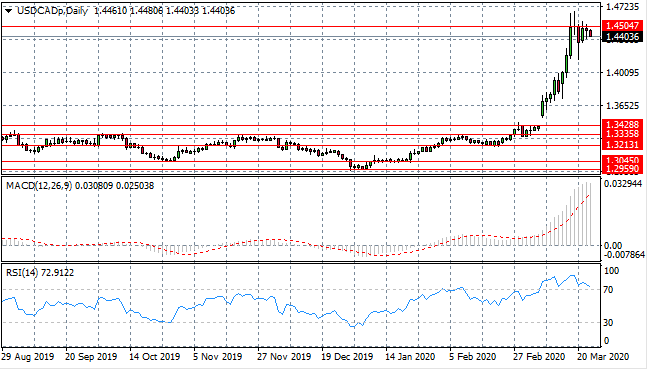 The Silver revival appears to be gaining traction with buyers beginning to gather momentum. The 14.30 resistance level appears to be a stalling point for the reversal, as sellers have returned at this price level. A break would provide weight to the rally. Momentum indicators support bullish sentiment with RSI breaking the 30 support line. 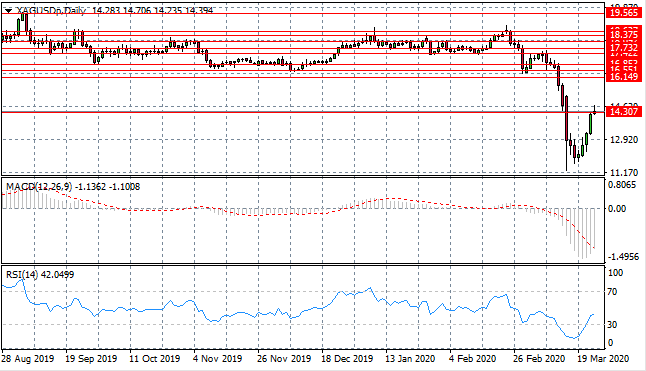 Gold buyers have made an emphatic return, yet when price action pushed beyond the 1609 price area, sellers returned, to take price action back towards the support level. The metal may struggle to maintain the 1600 range with a backdrop of falling interest rates coupled with dis-inflationary pressures. Momentum indicators remain in bearish territory although RSI is pulling away from oversold conditions. 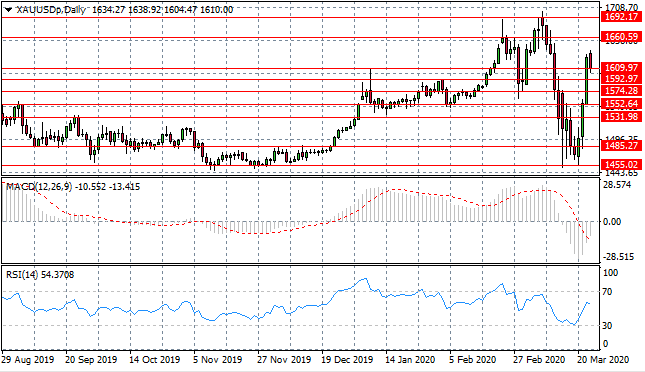 WTI prices remain at all-time lows testing the $20 per barrel range as the global pandemic continues to influence commodities, with demand and supply concerns generating volatility. Despite some recovery attempts from buyers, sentiment has a bearish bias. Momentum indicators have upward trajectories with MACD stalling in bearish territory and RSI beginning to test the 30 support level. 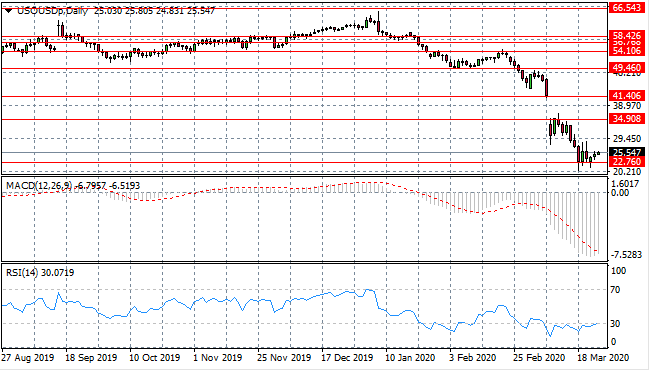