The USD/JPY pair continues to lack volatility and as such, has flattened against the 106.05 support level. Price action is not being dominated by buyers or sellers and horizontal moves are likely to continue. A long-term downtrend has been established since mid-March. Momentum indicators have stalled in neutral territory. 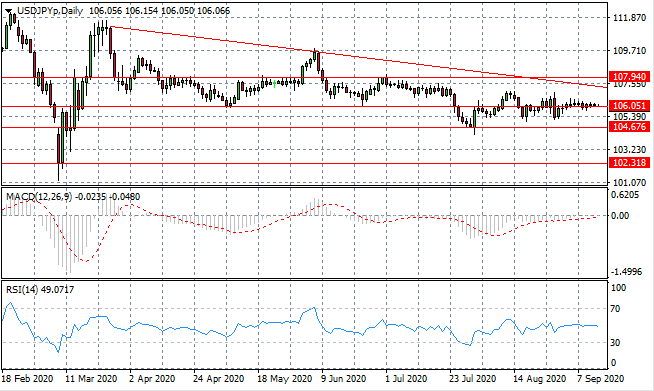 The Eurodollar spiked to test the range ceiling at the 1.192 price level  however, a rejection saw the pair pullback. The pair is set to remain within range between the 1.172-1.192 price levels, unless bullish momentum climbs. Given the series of tests of the price ceiling in this range we may expect a bullish break going forward. Momentum indicators have begun upward trajectories. 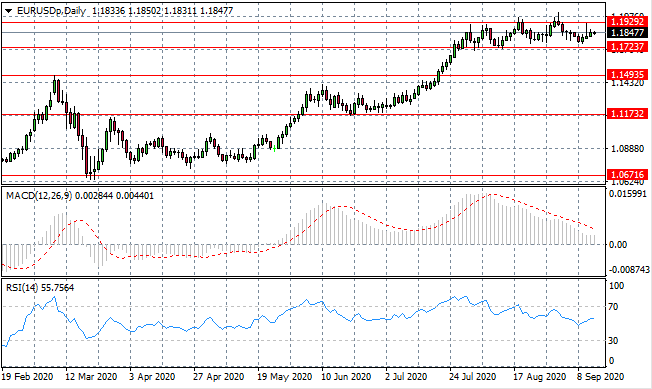 The GBP/USD pair has broken the ascending trendline, taking price action towards the 1.274 support level. A break of the support level has not materialised, indicating that bearish sentiment is waning after the break. Momentum indicators remain in negative territory, although RSI is recovering from oversold conditions. 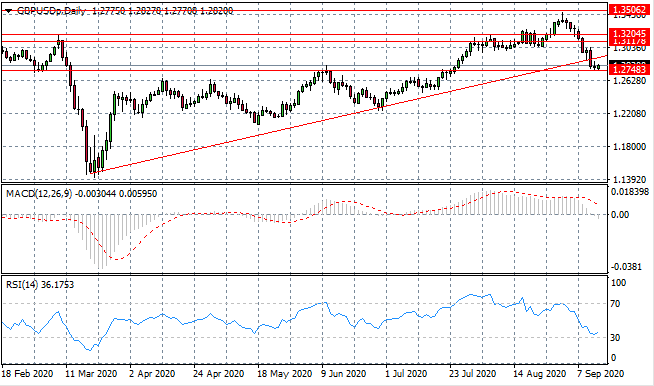 The USD/CHF pair has pulled back from the descending trendline giving weight to the longer-term downtrend that has been established since mid-May. The next target is the 0.903 price level as the pair moves closer to the apex of the triangle. Momentum indicators have flattened in bearish territory. 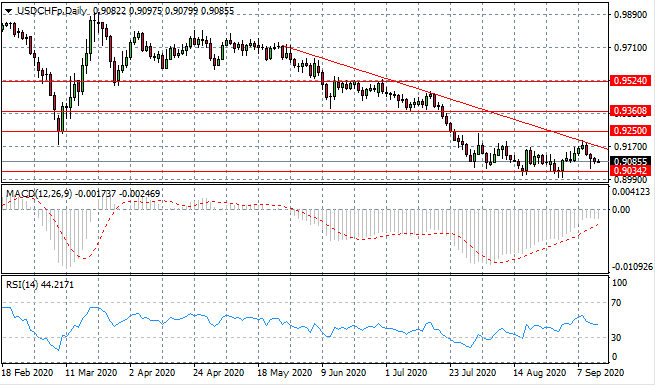 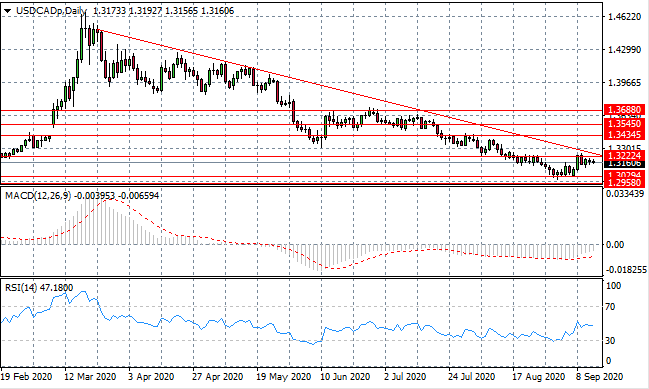 Gold continues to cling to the ascending trendline indicating that momentum remains somewhat bullish. Currently, buyers appear to lack the appetite to drive price action at the previous pace. An ascending triangle pattern has formed and we may expect a bullish breakout closer to the apex. Momentum indicators have flattened in neutral/bullish territory. 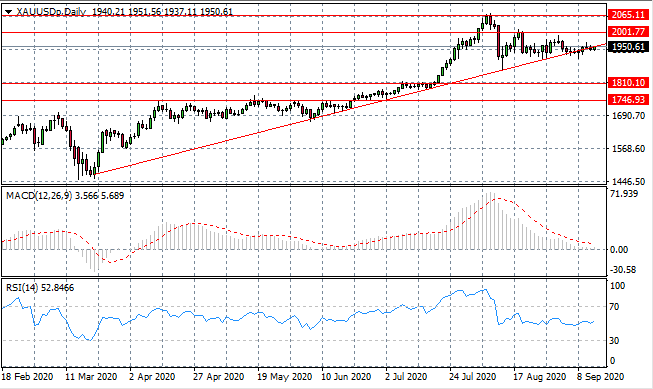 WTI has stalled mid-range with a series of small-bodied candles indicating a lack of appetite from both buyers and sellers. Price action has moved horizontally and will likely continue this way within the new range. A significant change in current economic conditions will be required for any future trends to gain traction. Momentum indicators are bearish with RSI pulling away from the 30 support level. 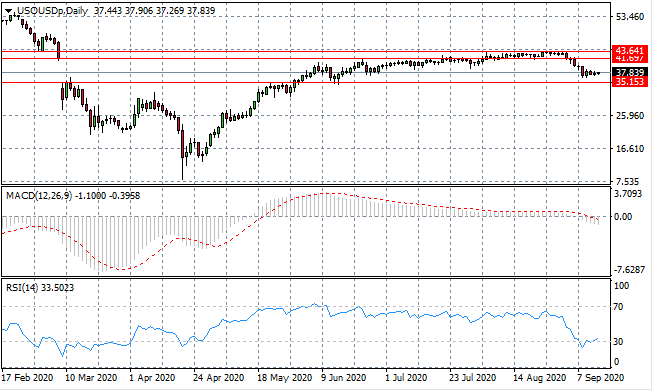