US Dollar Suffering At Start Of 2021 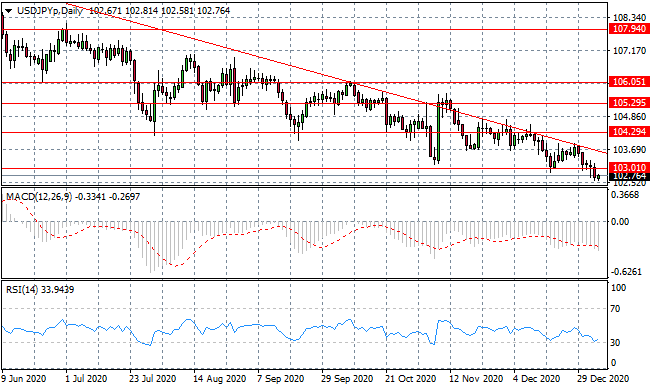 The GBP/USD pair has stalled at the 1.358 resistance level, with smaller-bodied candles indicating waning conviction from buyers. A clear uptrend has been established and if the break is sustained, we may expect further upside. Momentum indicators have stalled in bullish territory. 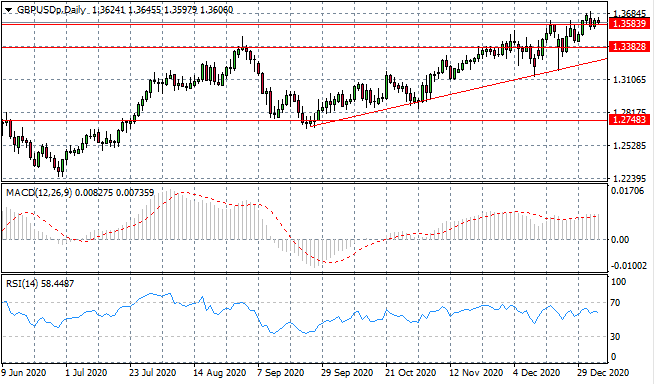 The Eurodollar has failed to break the 1.229 resistance level, despite 5 attempts in the last trading week. Currently, there are no strong signs of a reversal and buyers appear to have more conviction. For the time being, price action may bounce along this resistance area until enough bullish momentum gathers. Momentum indicators remain in bullish territory, yet RSI is pulling away from the 70 resistance line. 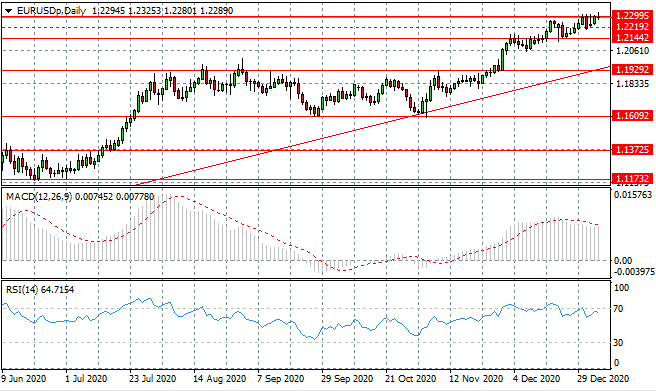 The USDCAD pair has moved back towards the 1.265 support level after sellers returned to the pair in yesterday’s trading. Further downside seems almost inevitable given the lower lows and lower highs of a well-established downtrend that started in October. Momentum indicators have downward trajectories. 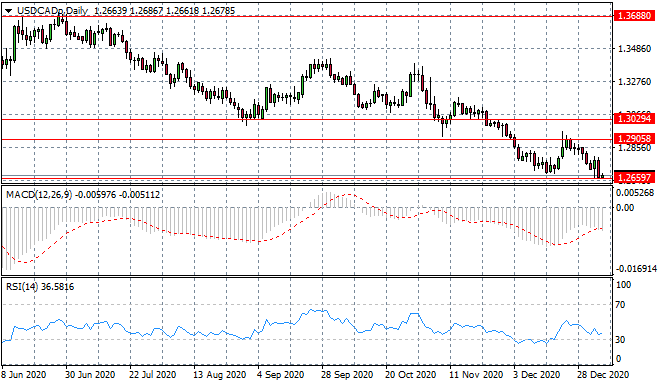 XAUUSD has moved to test the 1953.86 resistance line with the 2000 psychological level in sight. The move represents a return towards the peak levels the metal experienced during the COVID-19 outbreak. Buyers’ appetite will be tested and a break would give weight to the rally. Momentum indicators have sharp upward trajectories with RSI testing overbought conditions. 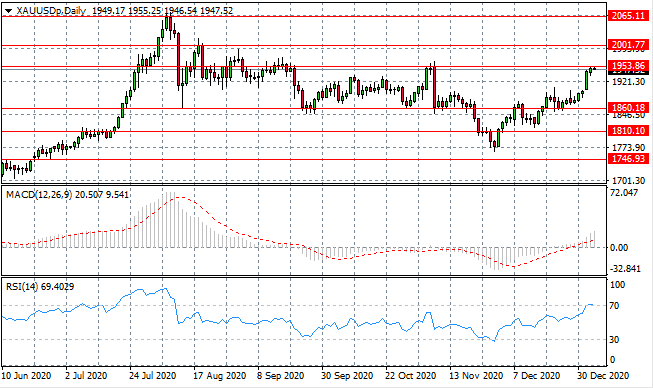 USOUSD continues to surge with a break into the $50 per barrel range. Economic recovery and OPEC+ meeting anticipation appears to have contributed to the optimism in the commodity. For most oil producers, $60 per barrel is a profitable level. Momentum indicators have flattened in bullish territory, with further upside potential. 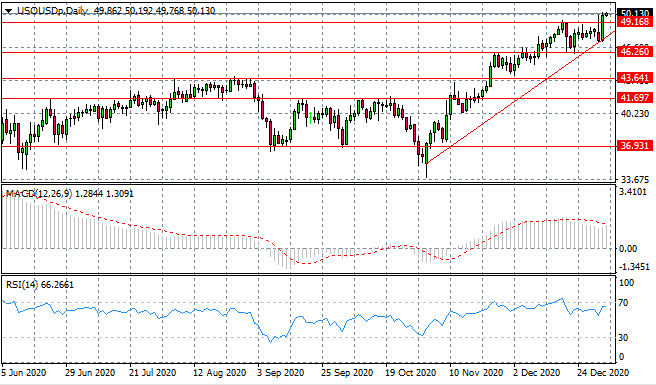 The ASX200 appears to be entering into a bearish flag formation which, as a continuation pattern, indicates further downside. A strong support exists at the 6644.53 price line, where bearish moves have generally stalled. Momentum indicators have downward trajectories. 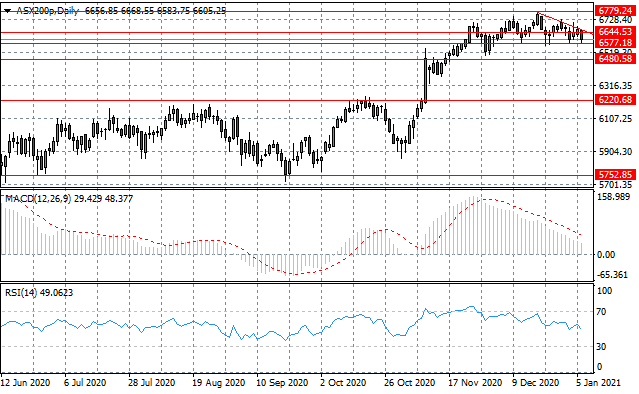