The USD/JPY pair appears to be forming a moderate bearish move within the 106.05-107.94 trading range. Sellers have become more active, however, there is still a lack of conviction and the pair some way off testing the 106.05 support level. RSI has begun a moderate downward move yet MACD remains tied to the zero line. 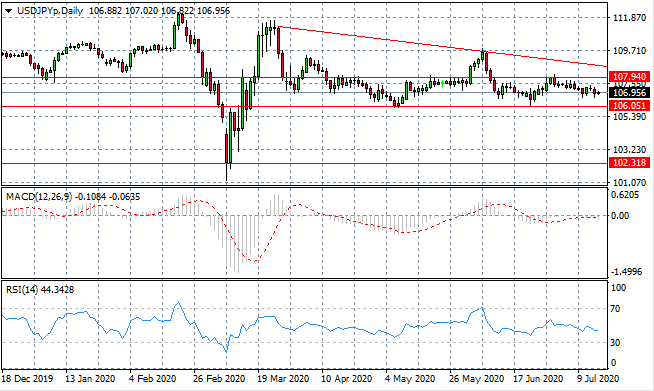 The Eurodollar surge in recent trading has become more subdued as a spike towards the 1.144 resistance line resulted in buyers being pushed back. The inverted hammer candlestick could indicate a reversal in the trend and represent a top as selling pressure has risen. Momentum indicators are bullish yet RSI is moving towards overbought conditions. 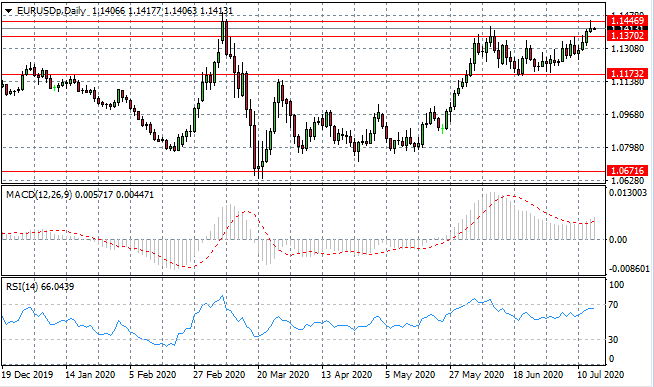 The GBP/USD oscillations appear to be narrowing which may hint at a potential breakout especially as the pair heads towards the apex of the ascending triangle. Buying activity has prevented another drop down to the ascending trendline which is currently acting as support. Overall, the trend is bullish. Momentum indicators are slightly bullish yet are flattening. 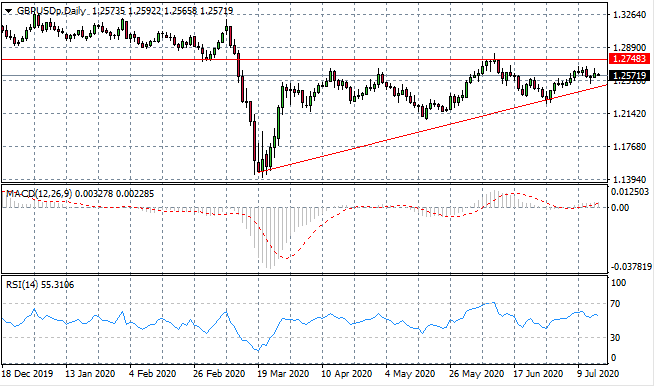 The USD/CHF pair has broken both the descending trendline and the 0.943 support level which is significant as it represents a trend reversal. The next target is the 0.952 resistance line yet the question is whether buyers can sustain the momentum of the break. The target represented a key obstacle for buyers during a previous period of consolidation. Momentum indicators are beginning upward trajectories. 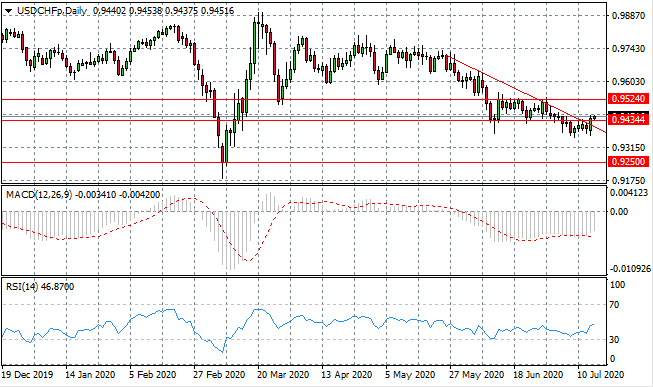 The USD/CAD pair has returned to test the first line of defense at the 1.350 price line. Selling activity increased significantly in yesterday’s trading which may take the pair back to the 1.337 support level. The move confirms the overall long-term bearish bias. Momentum indicators have flattened in bearish/neutral territory. 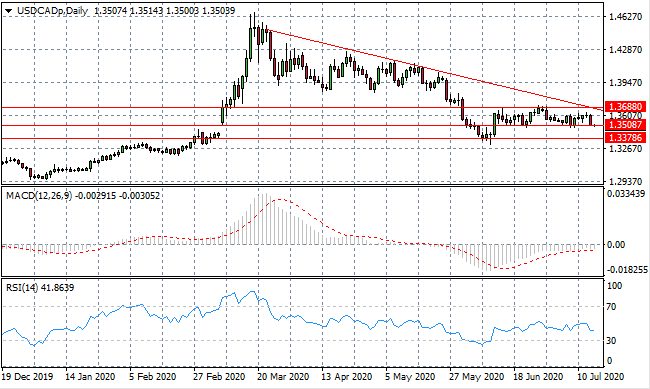 Gold buyers have returned, yet are struggling to move beyond the 1810.10 resistance area which has represented a recent ceiling for the pair, despite rising buying pressure in recent trading. A key support level exists as the ascending trendline where price action generally forms bullish rebounds. However, momentum indicators show that the pair may be overbought and that there is potential for a reversal. 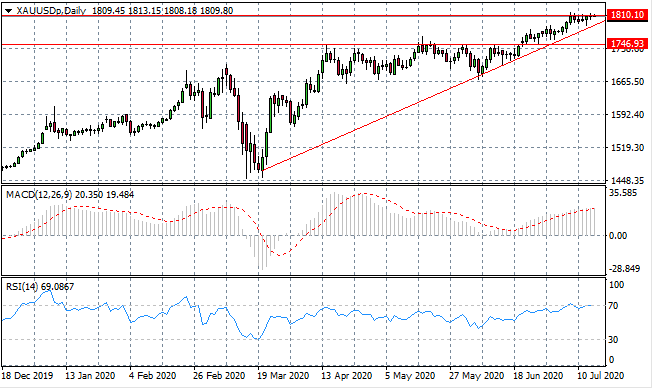 WTI has essentially flat lined in recent trading with neither buyers nor sellers driving price action. However, buyers appear to be making yet another attempt at the resistance line. A break would clearly be significant given the difficulty buyers appear to have had in previous attempts. There is a longer-term moderate uptrend forming with current price action representing a period of consolidation. Momentum indicators are bullish. 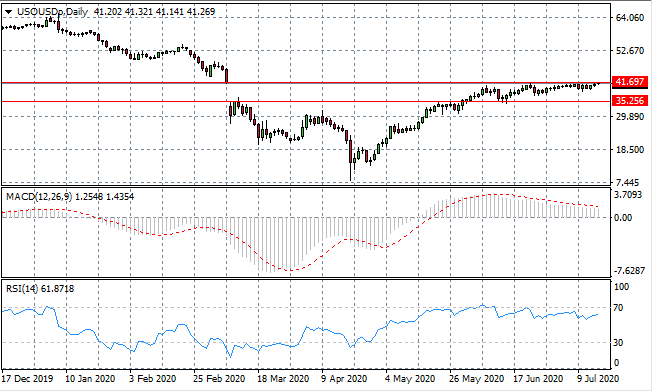