The USDJPY will make another attempt at the 109.09 resistance area after failing to clear this price level on several occasions. The ascending trendline remains a key support level for the pair. The longer-term bullish trend remains intact. Momentum indicators are bullish, with MACD testing the zero line. 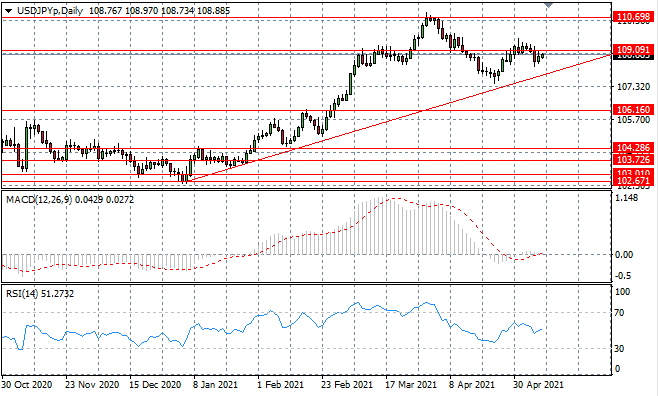 The GBPUSD pair is testing a recent price ceiling at the 1.413 resistance level. On a previous occasion, price action retraced from this price level, resulting in a period of consolidation. Significant bullish conviction will be required to drive the break. Momentum indicators are bullish with RSI testing the overbought line. 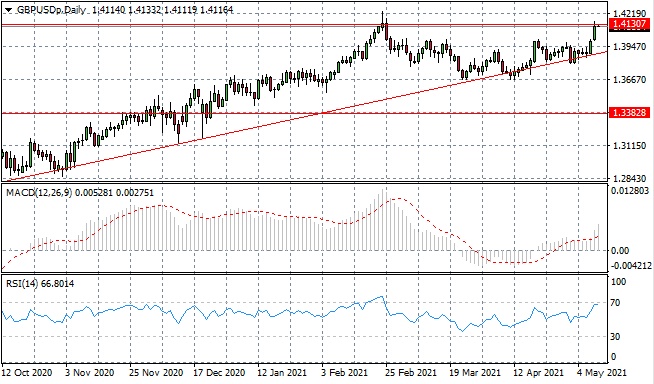 The Eurodollar has retraced from the 1.217 price level, once again, as sellers have returned, stifling the rally.  Sentiment does appear to have turned bullish over the medium-term and the ascending trendline will form a support level. Momentum indicators have stalled in bullish territory, yet there is further upside potential. 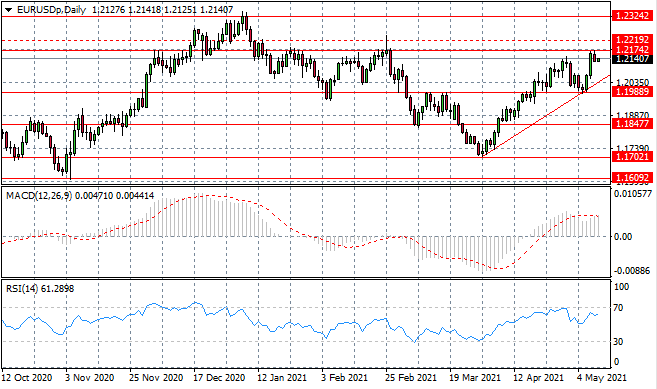 A return to the pre-pandemic trading range has resulted in a halt to the recent sell-off. A doji candle in yesterday’s trading could be the first sign of a potential reversal or at least, in the short-term a change in direction. Momentum indicators have flattened in bearish territory, with RSI testing oversold conditions. 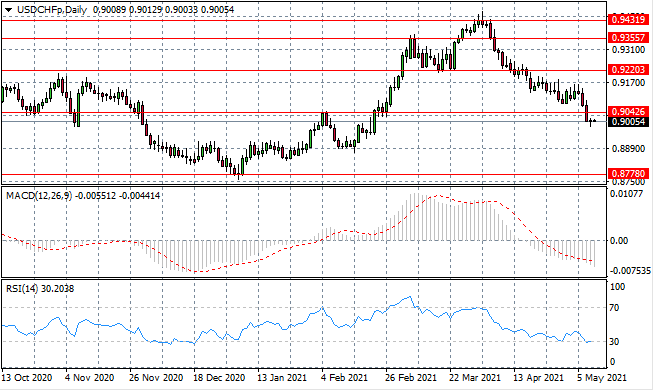 XAUUSD has once again found support to drive price action resulting in a test of the 1843 resistance area. Sellers remain active and conviction does appear to be weakening suggesting a break may not come in near-term trading. Momentum indicators are bullish with RSI testing overbought conditions. 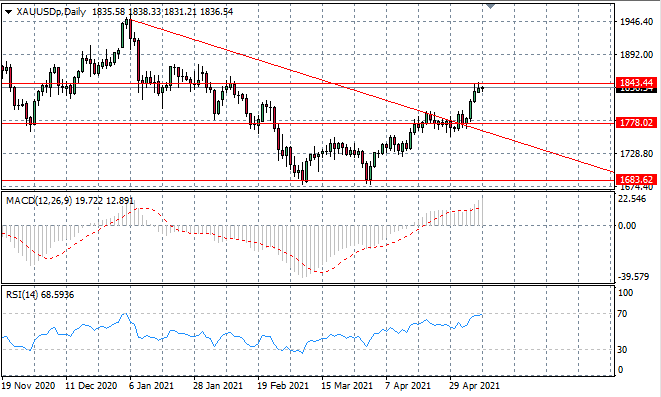 The USOUSD looks to be on the verge of a bullish breakout, with oscillations narrowing and a series of doji candles forming around the apex of an ascending triangle. Momentum indicators remain in bullish territory, yet have a slightly bearish slant.

The HK50 highlights buyer exhaustion, resulting a gap down in price action towards the 27,666 support level. A period of consolidation after a longer-term rally has seen buyers struggling to regain momentum. The gap may signal a shift to bearish sentiment. Momentum indicators are bearish. 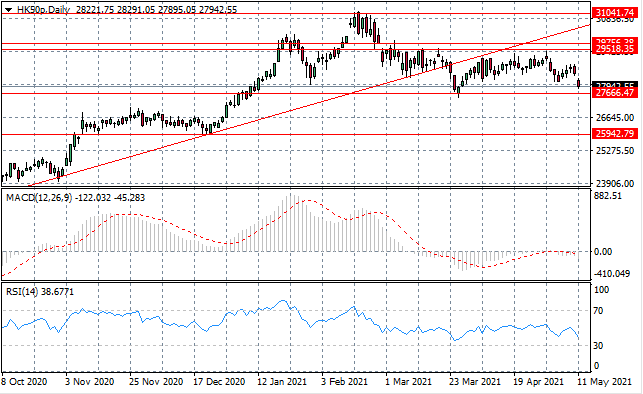