The USDJPY has failed to clear the 109.09 support level, despite a spike in bullish momentum towards the close of the trading week last week. Price action will likely consolidate in the current range. The ascending trendline remains a key support level for the pair. Momentum indicators are bullish, with MACD testing the zero line. 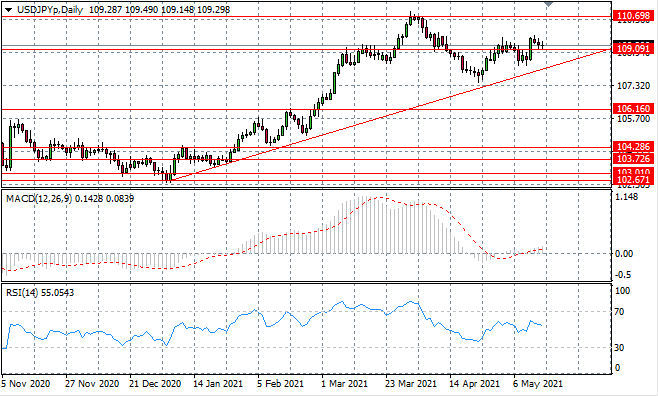 The GBPUSD pair has tested the 1.413 resistance level on several occasions and yet price action is continuing to climb, with higher lows. A breakout seems imminent although bullish conviction currently remains low. Momentum indicators are bullish with further upside potential. 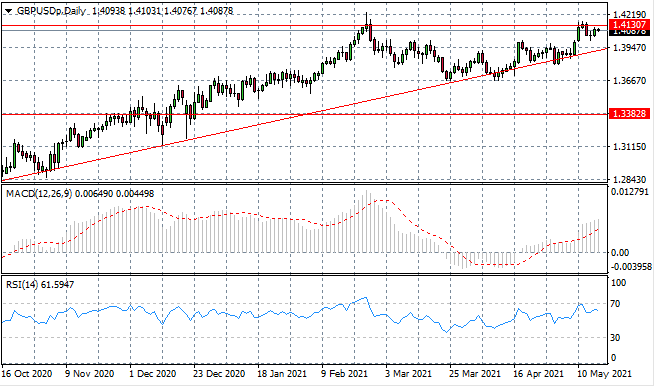 The Eurodollar continues to trace the ascending trendline higher, as buyers appear to be dominating price action. Another test of the 1.217 price level will, once again, test buyers’ conviction. Momentum indicators have stalled in bullish territory. 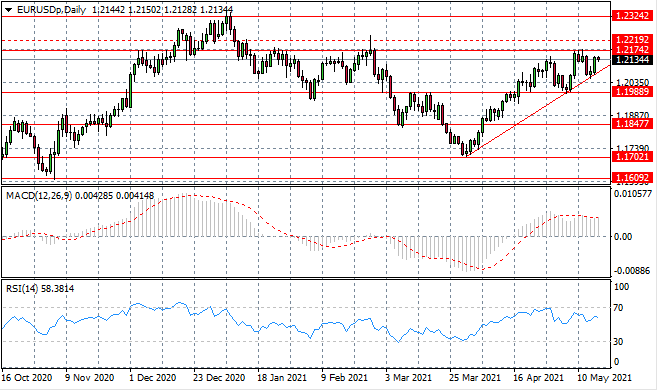 XAUUSD has broken through both the descending trendline and the 1843.44 resistance level. Breaks have happened in the past and are typically thwarted, therefore buying pressure will need to be significant to sustain the break.  Momentum indicators are bullish with RSI testing overbought conditions.

The USOUSD is testing the lower bound of an ascending triangle as oscillations narrow towards the apex of the triangle. Buyers are active and it appears that a bullish breakout is on the cards. Momentum indicators have flattened in bullish territory. 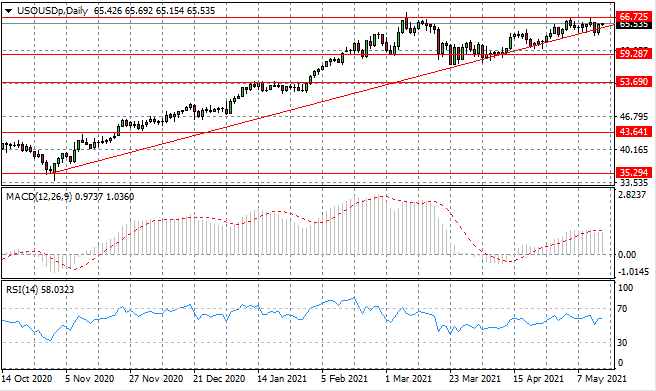 The HK50 has stalled, once again, at the 27,666 price line which remains a key support level for the index. A bearish bias has impacted price action in recent trading yet buyers remain resilient. The index will likely consolidate in the current range. Momentum indicators are bearish. 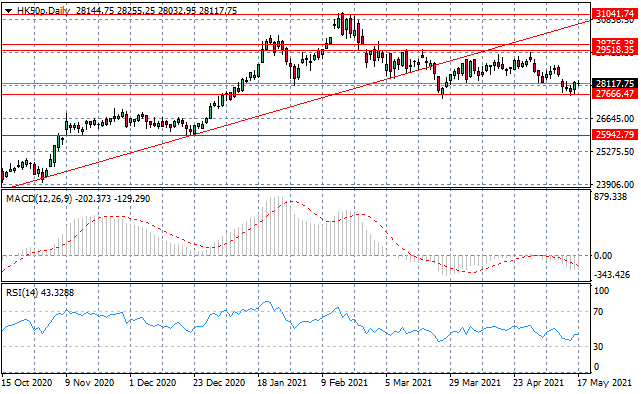 The NDX100 has broken the 13,309 resistance level as buyers have returned. A price ceiling exists at the 14,044 price level which represents the upper bound of a previous trading range. Buyers’ conviction will be tested. Momentum indicators have upward trajectories. 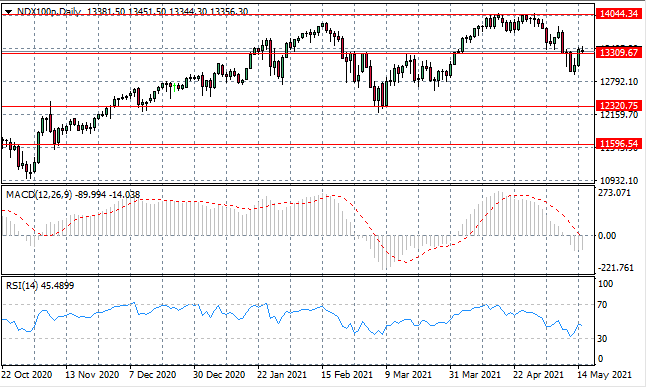